Docs: Couple hid remains of 11-year-old adopted daughter in the attic since 2017

In the months after they hid the girl's body in the attic, they adopted another baby girl, court documents show. 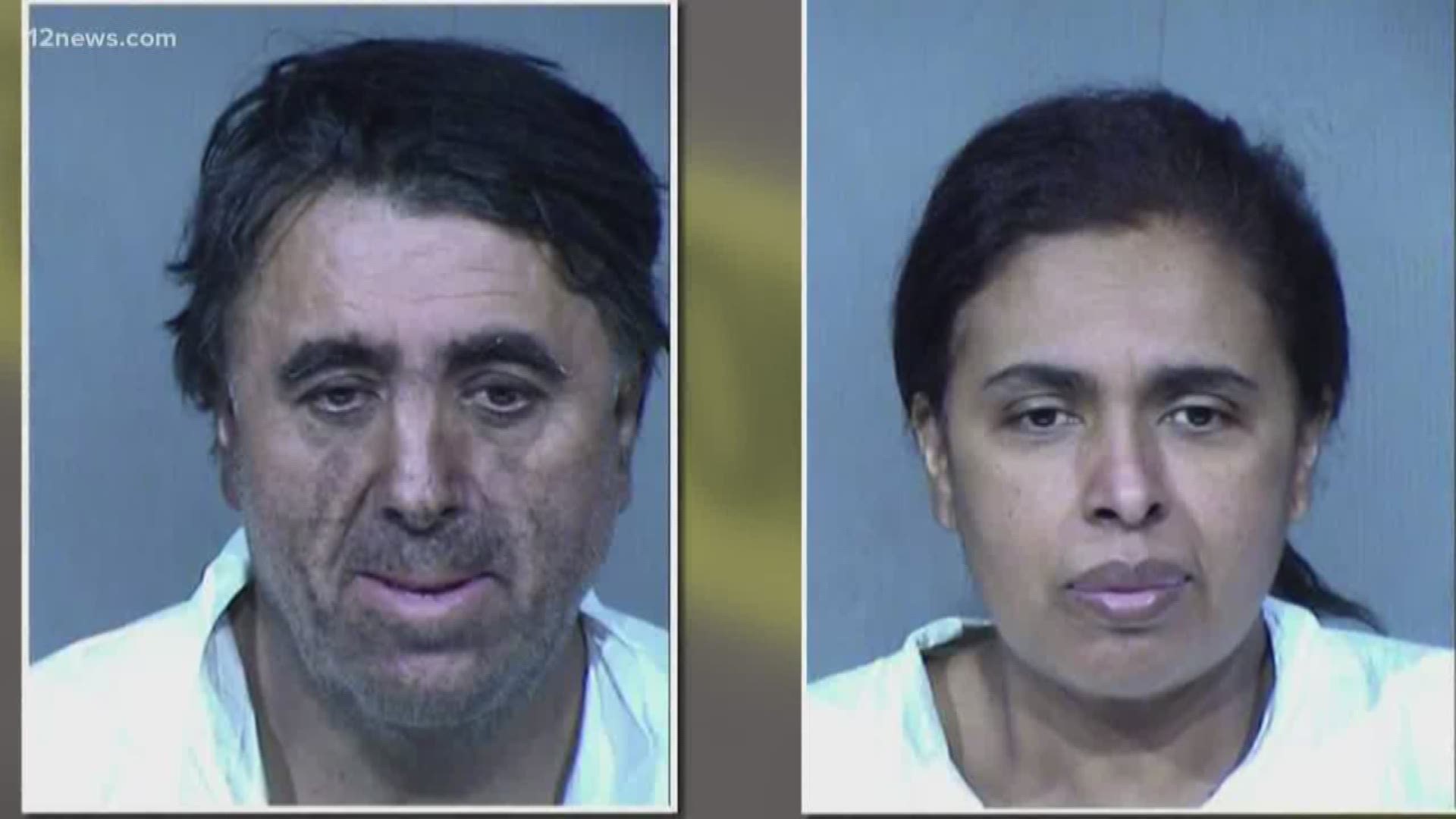 PHOENIX — The skeletal remains firefighters found in a home after a call of smoke last week belonged to a child who had died more than two years ago, court documents show.

The Phoenix Police Department said 56-year-old Rafael Loera and 50-year-old Maribel Loera were arrested after the remains were found at the home near 59th Avenue and Camelback Road.

According to the court documents, Rafael had an adopted 11-year-old girl who had not been seen or heard from since 2017.

Rafael told detectives she moved to Mexico and did not want contact but would not say where she was or who she was with.

When confronted about the holes in his story, Rafael admitted the child became ill in July of 2017 when she was on summer break, court documents show.

Rafael waited several days before trying to take her to the hospital, and she died en route, he told police.

She had been throwing up and had what he described as convulsions before she died, according to the documents.

Rafael said he wrapped the child in a sheet and placed her in the attic, not reporting her death for fear that the other children would be taken away, court documents say.

Rafael and Maribel adopted another baby girl in the months following the 11-year-old's death, according to the documents.

Meanwhile, the girl's body stayed in the attic for more than two years until the fire that led to its discovery on Jan. 28.

Rafael originally told firefighters he started a fire in the fireplace that got out of hand. He told them it was taken care of and put out, court documents show.

Firefighters entered the home to ensure the fire was put out properly, as they could still see smoke coming from the attic vent.

They noticed the fire that was extinguished did not originate in the fireplace, but in the corner of the living room on the floor, court documents show.

Crews pulled some drywall from the ceiling to make sure there were no active embers and found human bones resting on top of attic insulation.

A homicide investigation followed, during which Rafael admitted he'd siphoned gas from his car, poured it on the floor of the living room and set it on fire as Maribel ran into the room screaming, court documents show.

He reportedly said he started the fire because he felt hopeless didn't want to live anymore.

Rafael said he had moved the child's bones from the attic and placed them in the backyard before setting the house on fire, according to the documents.

Earlier that day, before Rafael reportedly set the fire, investigators with the Department of Child Safety responded to the home and removed a 4-year-old girl and 9-year-old boy because of evidence of abuse.

An 11-year-old girl had been removed from the home the previous week when she called police saying she'd been home alone for two days and was hungry.

The girl had visible injuries consistent with being hit with a rope-like object, police noted in court documents.

The girl said Maribel had a bad temper and would hit her with various objects while slamming her head into walls, court documents show.

According to those documents, Rafael saw this happen. He told police Maribel would hit the 11-year-old and the 9-year-old with an electrical cord and a broom handle.

He told detectives he was afraid Maribel would hurt him if he reported the abuse to police, adding that Maribel once attacked him with a broom handle when he tried defending the children.

The 11-year-old in DCS custody also told police she had an older sister who disappeared about two years ago. The sister she talked about is believed to be the girl who was found in the attic, documents show.

RELATED: 'They don't deserve this:' As deadline looms, location of missing kids remains a mystery