$35K was offered for information for the Barksdales' capture, so is the reward being paid out?

Silent Witness says less than half of the rewards it offers are ever claimed, and U.S. Marshals have not paid out after offering a $35K reward. 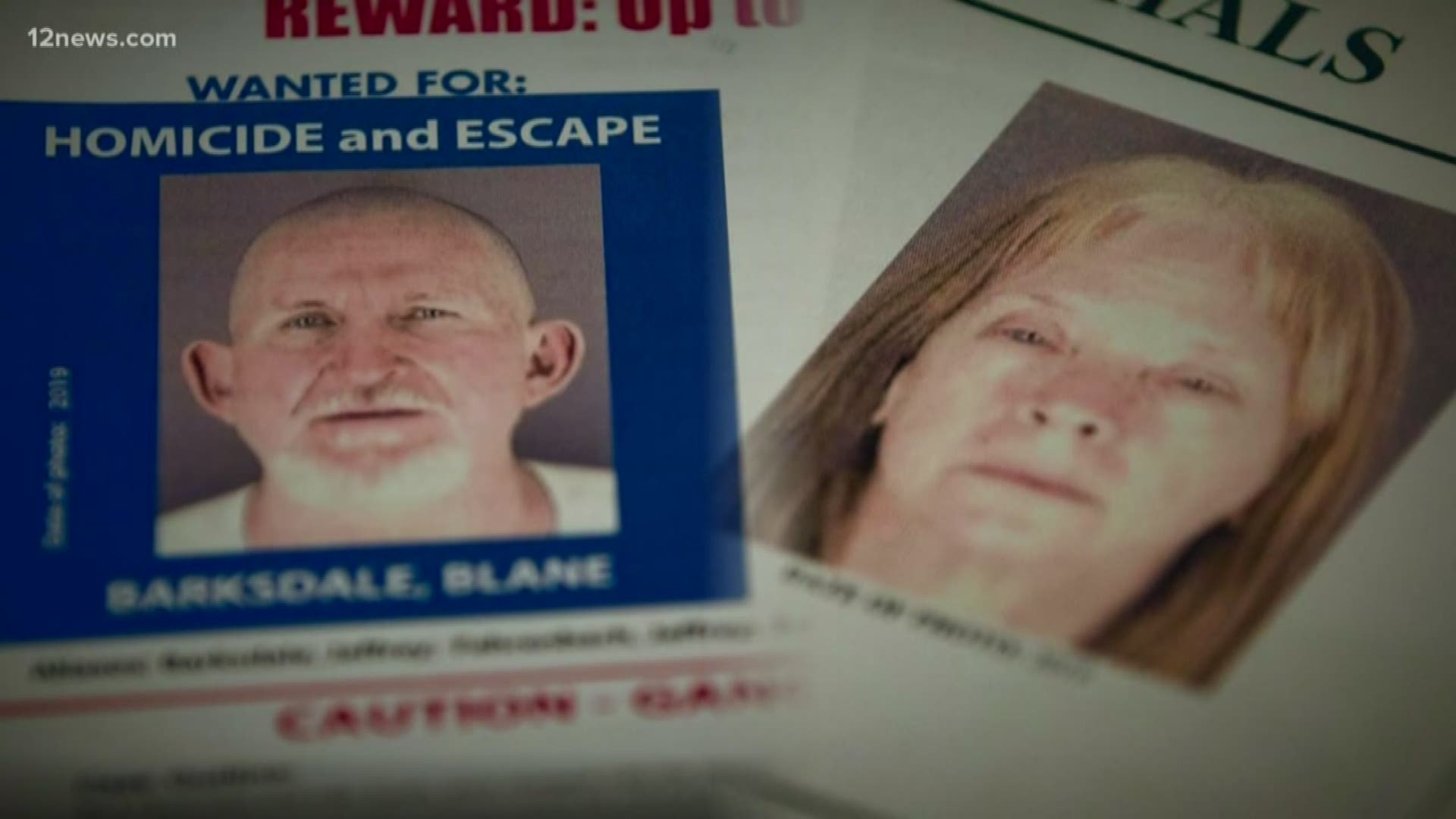 PHOENIX — Blaine and Susan Barksdale, wanted for a murder in Tuscon, escaped custody back in August. Needing the public's help, The U.S. Marshals Service offered a combined reward of $35,000 for information which would lead to the couple's capture.

The two were apprehended northeast of the Valley last month. So far, the U.S. Marshals said none of the offered $35,000 reward has been paid out. Instead, marshals are looking at their tips to see if any warrant rewards and if so, how much.

Rewards offered for information leading to the capture of criminals can be a strange world, with rules depending on the department.

According to Silent Witness, the Arizona version of Crime Stoppers, less than half of rewards are ever claimed, even if the tip was used to solve a crime.

RELATED: Blane and Susan Barksdale weren't the only Arizona fugitives that the US Marshals Service is searching for

“Some want to make their community safer, some move away or they forget to call and claim the reward,” said Jamie Rothschild, a police sergeant with Silent Witness.

Just because the rewards are not claimed does not mean they are ineffective. The rewards can help a story get traction on TV, radio and social media, getting the information into the right hands.

According to Rothschild, money raised by Silent Witness is done so privately, using no tax dollars. They also hold on to the money once offered, in case the reward is ever claimed.

Rewards, however, can gain attention, but not always results. Arizona murderers are in two spots of the FBI's 10 Most Wanted list.

Robert Fisher is also still on the FBI most wanted list. Fisher is wanted for the 2001 murder of his wife and two kids in Scottsdale, after which he set his house on fire. The last known image of Fisher is from the night before his house caught fire in 2001. The FBI is offering up to $100,000 for information leading to his capture.