Do artists have to do pro-gay marriage artwork? Artists challenge Phoenix rule 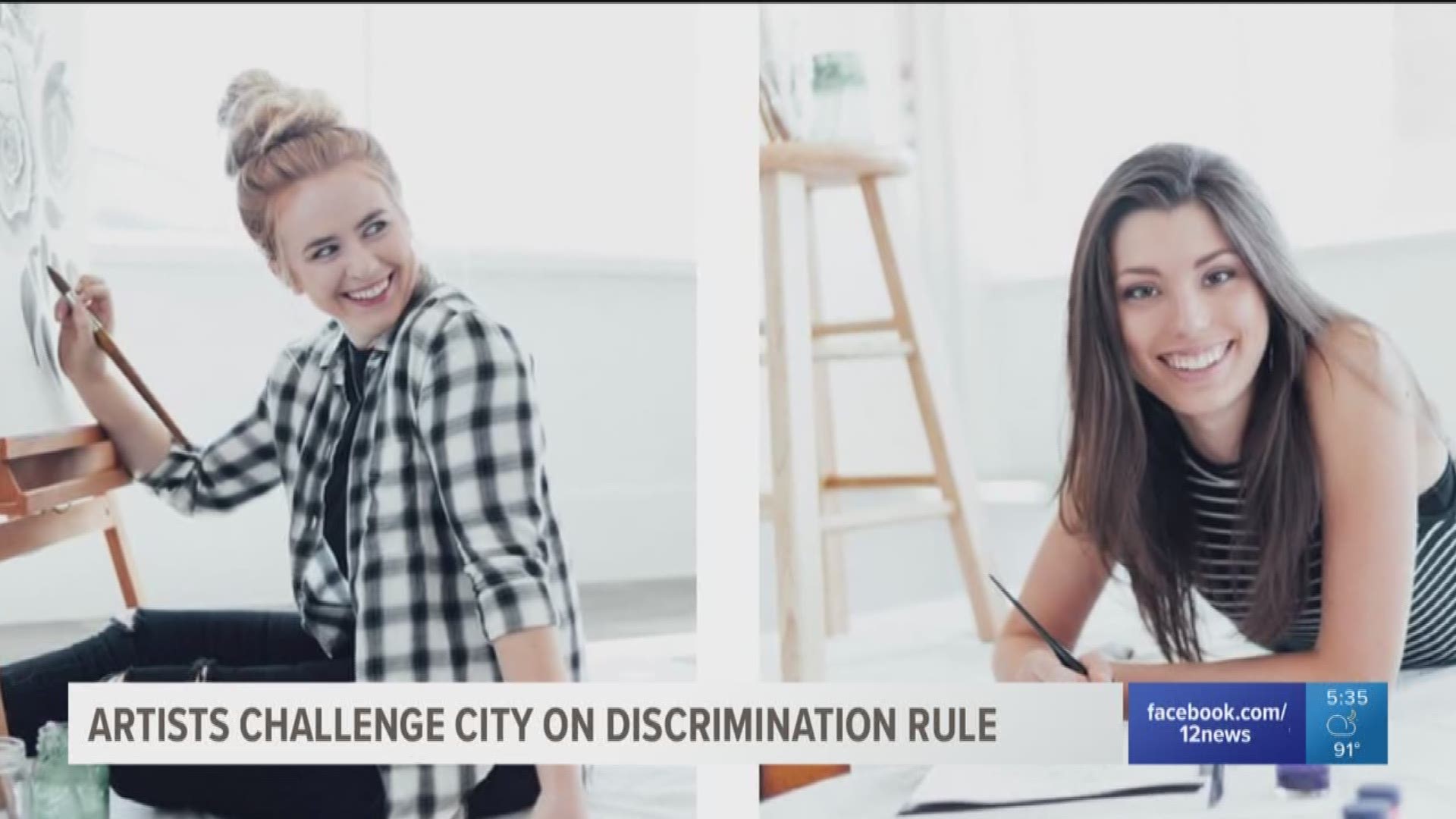 Oral arguments are expected tomorrow in a case that involves a pair of local business owners suing the city of Phoenix.

“This case is really about the right of all Americans to speak in accordance with their beliefs,” said the women's attorney Jonathan Scruggs of Scottsdale-based Alliance Defending Freedom.

12 News spoke exclusively to Scruggs, who says he’s confident an appeals court judge will rule in his favor, despite a lower court ruling that the women can't legally refuse to sell their custom-made products to same-sex couples.

The duo’s calligraphy and art business, Brush and Nib Studio, doesn’t have a brick-and-mortar location and is strictly online. But Scruggs says the women are concerned they’ll be forced to produce pro-gay marriage materials.

Though he insists the lawsuit is about much more than that.

“This case isn’t even really about same sex marriage. You can be for same-sex marriage, yet still be against the government telling people what they can and can’t say,” he said.

The Phoenix ordinance, which prohibits discrimination based on race, sex, and sexual orientation among others, has been in place for 5 years. Scruggs says the women have gotten two gay marriage-related order requests and have simply not responded to them. He says the women would sell their goods to anyone – just not if it promotes something they don’t agree with.

“It’s obviously a big deal to these two particular clients,” he said.

12 News reached out to the city of Phoenix, but didn’t receive a response.

Meantime, the ADF has been classified by some as a hate group - a characterization they strongly deny. Scruggs and his colleagues are also the lawyers arguing in the US Supreme Court in a pending case involving a Colorado baker.

Arguments are scheduled for Monday morning at the Arizona Court of Appeals.

The two women who filed the suit have yet to speak publicly, but their lawyers say they will speak following Monday’s hearing.