We talked with community leaders about police brutality, race and equality. 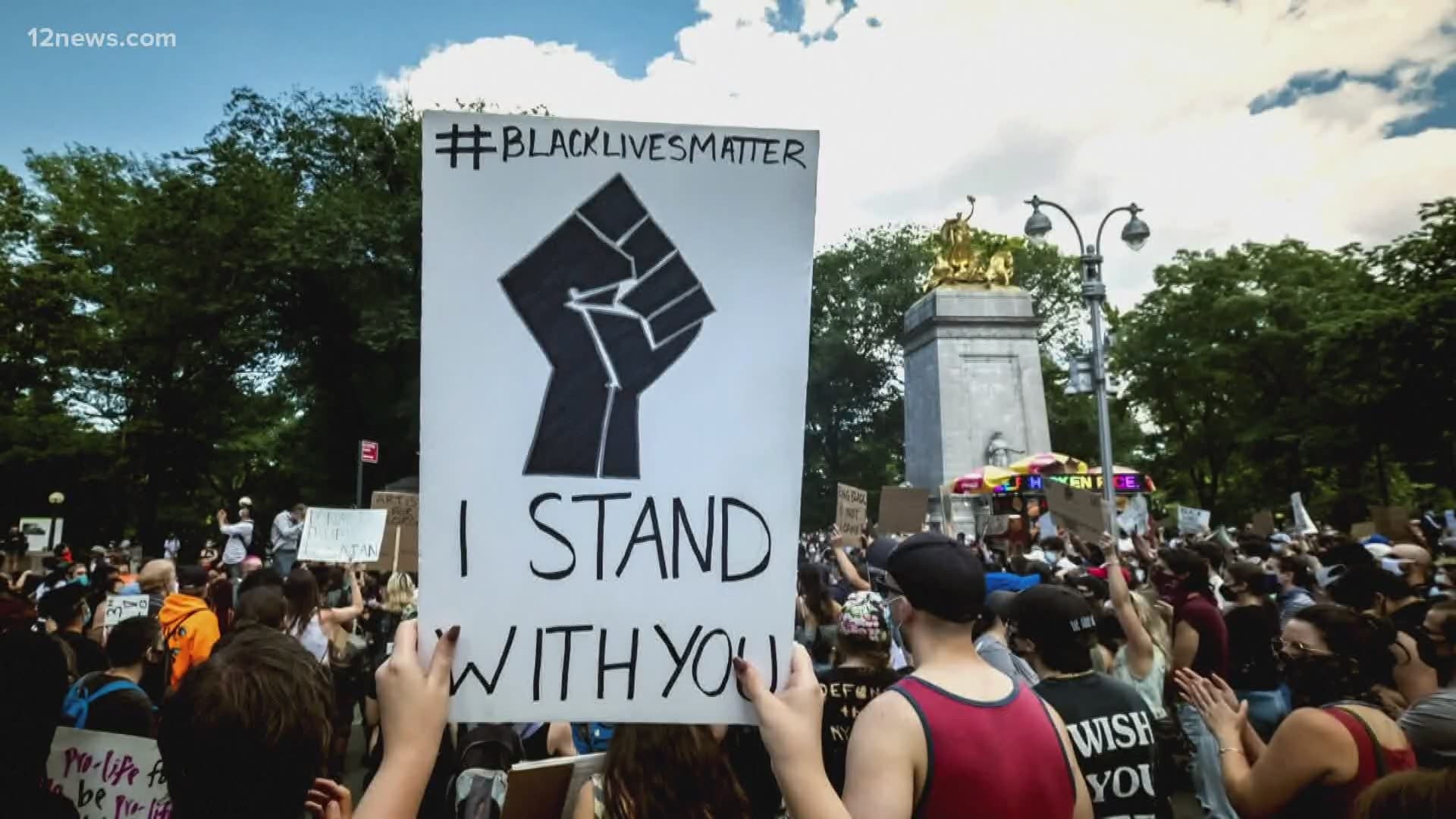 PHOENIX — As we celebrate the emancipation of Black slaves on Juneteenth, we must also reflect on the fight that continues in this county for equality and justice for African Americans.

We sat down with members of the Black community here in the Valley to have a real talk about race, police brutality and equality. We spoke with Robbin Coulon, vice chair for the Arizona Community Foundation; Pastor Andre Miller, New Beginnings Church; Jadyn Ferguson, a community activist; and Kevin Robinson, former Assistant Police Chief of the Phoenix Police Department.

Watch the full discussion in the video below.

We discussed the protests and current wave of activism washing over the world after the death of George Floyd while in Minneapolis police custody. The continued demonstrations in the Valley have activated many people who are demanding police accountability, transparency and an end to violence from law enforcement.

RELATED: Ways to celebrate Juneteenth Freedom Day 2020 in the Valley

RELATED: Celebrate Juneteenth (virtually) from anywhere in the nation

Police reform was a big part of the discussion as activists continue to push the idea of “defunding” the police. Each member of our panel shared what this meant to them and agreed that reallocating funding away from police departments and into community programs and social services would go a long way in solving this issue.

RELATED: What is Juneteenth? Marking the end of slavery in America

The call for policy change, more diversity in leadership and the dismantlement of systematic and oppressive institutions were echoed throughout the conversation. The call for change also included a need for reconciliation and acknowledgment of the hurt and anger some Black people may be feeling.

While the panel agreed there is still much more that needs to happen to create a society where every person has a chance to live in peace, grow and pursue their own happiness, the panel remained hopeful, and encouraged by the current movement taking over the streets of Phoenix and across the entire globe.