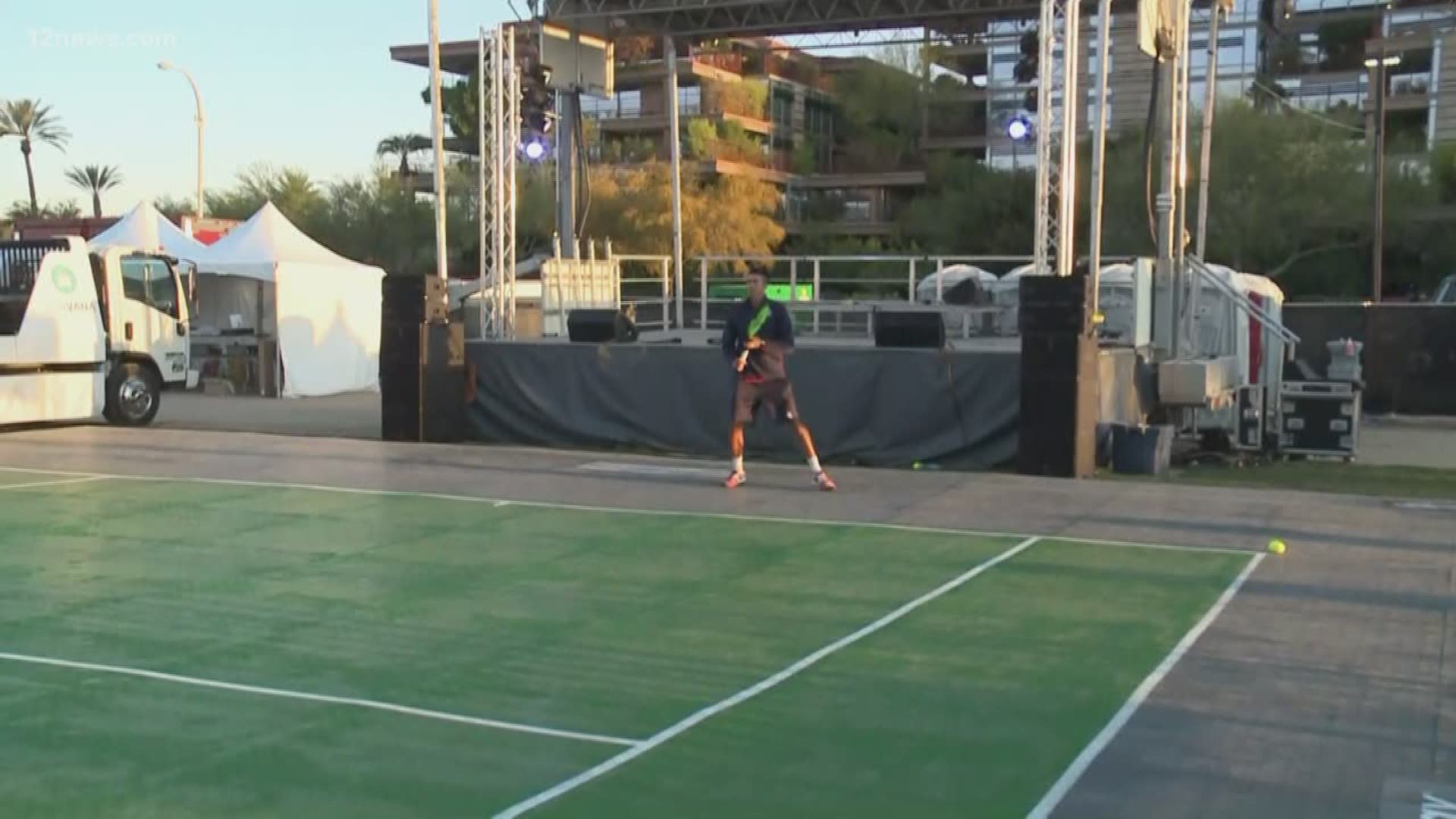 SCOTTSDALE, Ariz. — A huge dirt lot near Scottsdale Fashion Square has transformed into a tennis oasis! It’s all for the first ever Scottsdale Tennis week happening March 28 through March 31.

The pop-up tennis event sits on 87,000 square feet north of the shopping center. It includes two tennis courts, two pickleball courts, stages for bands, Airstream buses set up as green rooms for celebs and artificial turf they trucked in to lay down over the dirt.

Scottsdale Tennis Week will be packed with music, food, all things tennis and plenty of photo ops. You can check out the DeLorean from Back to the Future and even the car from National Lampoon’s Christmas Vacation.

Pro athletes will even show up to play on the courts later in the week.

The Arizona College Showdown is Thursday. Friday is the Serve! Celebrity ProAM, a King of the Court style tournament that takes Arizona Celebrities from sports and entertainment and pits them head to head, competing for $5,000 for their favorite charity.

Then on Saturday, it’s the Scottsdale Desert Smash – a charity celebrity tennis event where Hollywood and pro tennis collides. In its 15th year, Desert Smash has picked Scottsdale to expand this amazing event.