A DPS internal investigation found no "issues or deficiencies" in training or policy in the shooting death of Dion Johnson. 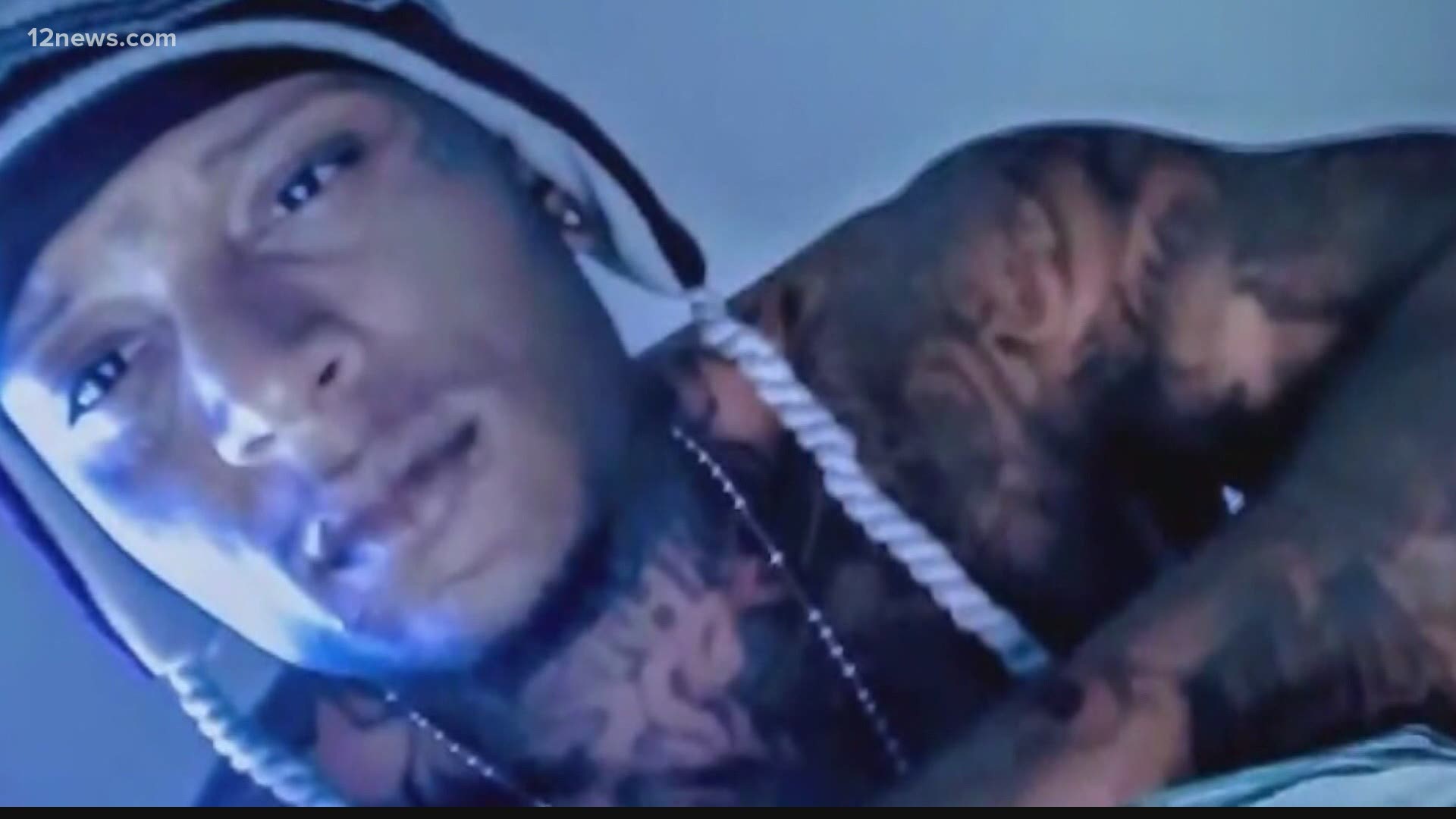 PHOENIX — As George Floyd's death sparked protests across the country, demonstrators in the Valley were also chanting and demanding justice for another name.

Dion Johnson was killed by a DPS trooper the same day George Floyd was killed in Minneapolis.

The suit is demanding a jury trial to determine the cost of damages, including medical and funeral expenses, loss of income and other loss of wages.

Cervantes told police he found Johnson passed out drunk in his car, blocking part of the highway near Loop 101 and Tatum Boulevard shortly after 5:30 a.m.

When Cervantes went up to the driver's side window, he said he saw open containers of alcohol and a gun in the suspect’s car.

Cervantes tells investigators he removed the gun and went to arrest Johnson for a DUI and when Johnson woke up he tried to fight back.

Phoenix Police took over the investigation and Cervantes was placed on administrative leave.

An attorney for Johnson's family alleged in the lawsuit that things should have been handled differently, claiming "There was actually no justification for Cervantes to shoot his weapon, let alone to shoot it twice."

Phoenix police released their investigation report along with audio interviews from witnesses and responding officers, including Cervantes, in July.

In the interview, Cervantes tells police he had just started his shift when he rode up on Johnson's vehicle which was blocking the roadway. He says he approached the passenger side door first, saw Johnson passed out and smelled alcohol.

He said he saw a gun on the passenger seat, which he removed and took back to his motorcycle.

Cervantes says he then went back to remove the keys, which he said he couldn't do. He then says he went back to his motorcycle to wait for back up.

The lawsuit says another trooper watching the incident through an ADOT camera did not see Cervantes waiting for back up.

DPS radio traffic does not indicate Cervantes pulled a gun from the vehicle. Another Trooper monitoring ADOT cameras says he started watching the ADOT live feed when Trooper Cervantes first got to the scene.

The trooper says he saw Cervantes go from the passenger side right to the driver's side before the shooting and doesn't remember Cervantes going back to his motorcycle.

“I said get out of the vehicle," Cervantes told police in a recording, remembering when he went back to the vehicle.  "Looks at me. Just looked at me. I asked him again. 'Exit the vehicle.' Again, no response. Just stares at me. It’s like someone was standing behind me. I said exit the vehicle or I’m going to rip you out."

Cervantes says he was able to put a handcuff on Johnson's left hand but had trouble restraining his right hand as Johnson was moving away.  He says he's hanging on to the other part of the handcuff and Johnson is pulling him toward the vehicle.

"All I saw was feet," Cervantes says, explaining Johnson moved into a "coiled" position. "And I can see and hear traffic going by. And that’s the first time I feared for my life."

He tells police he was worried he'd get kicked into traffic.

Cervantes says he was able to pull his gun.

"At that moment I drew my gun and I said 'stop resisting or I’m going to shoot you."'

When he pulled the gun, Cervantes says Johnson relaxed. He thought Johnson was going to comply and says he started to put his gun back in the holster.  At that moment, he says Johnson grabbed at his vest and wrist with both of his hands, the left one still in a handcuff.

“With the leverage he had he sucked me in," Cervantes tells police. "Because I feel my right foot coming off the ground."

Cervantes says other situations where troopers had been hurt on the job flashed through his mind. He says he wasn't able to holster his gun and still had it in his hand.

"I manage to get my finger on the trigger. Hoping I’m pointed in the general direction and just squeeze one. Then he recoils back."

Cervantes told police he pulled out of the vehicle and fired another shot, although he didn't think that one hit Johnson. He assumed the first shot had, based on Johnson's reaction.

At least two witnesses driving by said they saw the struggle before the shots were fired.

"I couldn't tell if he was trying to pull the driver out or if the driver was pulling him," one witness, who is a firefighter, told police in an interview.

DPS radio traffic confirms Cervantes called in shots fired after he shot at Johnson. His backup was already on the way.

The lawsuit says another witness driving by only saw Cervantes leaning into the vehicle, claiming he was not "sucked in."  It questions why Cervantes didn't just wait for backup that was already on the way, alleging Trooper Cervantes' actions were an "unnecessary danger to all involved."

When the other responding trooper got to the scene moments after the shooting, they finished putting Johnson in handcuffs and moved him to the ground. When they realized he'd been shot, they started applying first aid as other officers came in to help.

Soon after, Cervantes says he told dispatch the scene was clear and that Phoenix Fire could come in.

Johnson was taken to the hospital where he later died. Police records show he had drugs in his system like meth and THC. His blood-alcohol level was .18.

Johnson’s family initially questioned the response time to get him help. ADOT video shows an ambulance waiting for at least two minutes before going into the scene.

Records reveal it took about 20 minutes for Phoenix Fire paramedics to get to the scene to then ultimately get Johnson to the hospital. The paramedics had to wait until the scene was secure before going in to help Johnson, which is in line with their protocol.

In his 15 years with the department, a 367-page internal affairs document released by DPS shows there were thirteen complaints filed against him. Some were unfounded, but he was disciplined for others, like using his DPS taser on his family’s dog.

Investigators also looked into Dion Johnson's criminal past, which includes allegations of fights with his family members and assaulting an ex-girlfriend.

He also served prison time for armed robbery and aggravated assault. Johnson was also listed as a known gang member.

At the time of the shooting, he had a misdemeanor warrant out for his arrest. Records say Cervantes didn’t know who Johnson was or his history before the shooting.

Last month DPS released its internal investigation into the shooting of Dion Johnson.

A copy of the report obtained by 12 News reveals DPS' findings in the shooting investigation:

Over the last year, DPS says 150 Troopers have been equipped with body cameras in a trial run.  Gov. Doug Ducey advocated for funding for DPS body cameras in the 2021 budget, but legislation was slowed due to COVID-19.

There's a house bill that would allocate more than $1 million each year over the next several years to start equipping all Troopers with body cameras.