DES Director Michael Wisehart said 2.5 million claims have come to the department since COVID-19 hit Arizona, most of which are believed to be fraud. 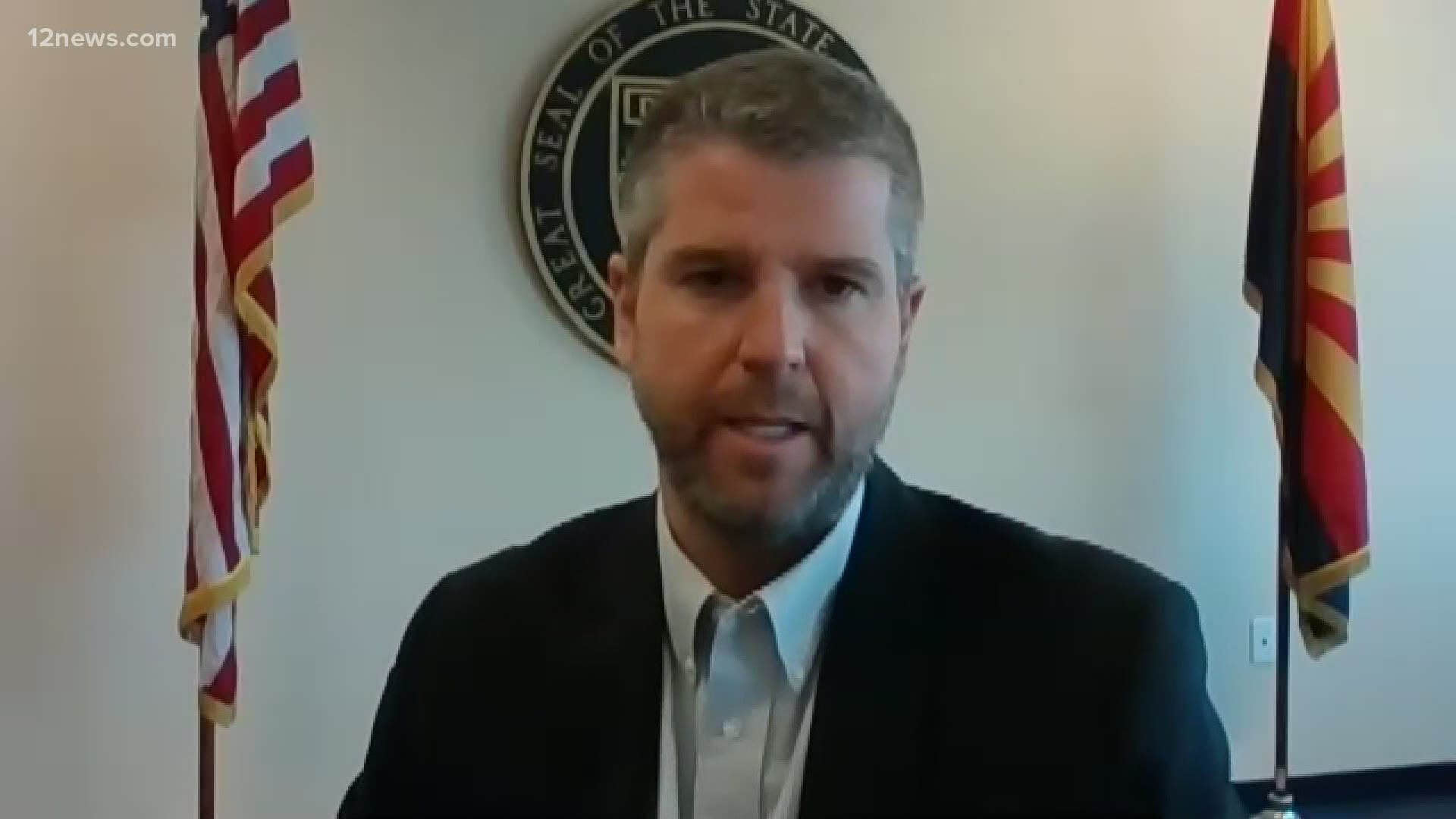 PHOENIX — Over the course of the pandemic, millions of claims have been filed for unemployment assistance through the Arizona Department of Economic Security.

During that time, people trying to access those benefits have waded through issues, including payments seemingly in limbo, with little to no answers from DES.

WATCH: Timeline of issues with unemployment benefits in Arizona

DES Director Michael Wisehart sat down with 12 News to talk about the issues Arizonans have experienced.

Wisehart was named the director of the department at the end of May by Gov. Doug Ducey. Wisehart is the first director to be appointed to the position from within DES.

Since the beginning of the pandemic, Wisehart says the department has paid 1.1 million Arizonans unemployment benefits, for a total of more than $8 billion. 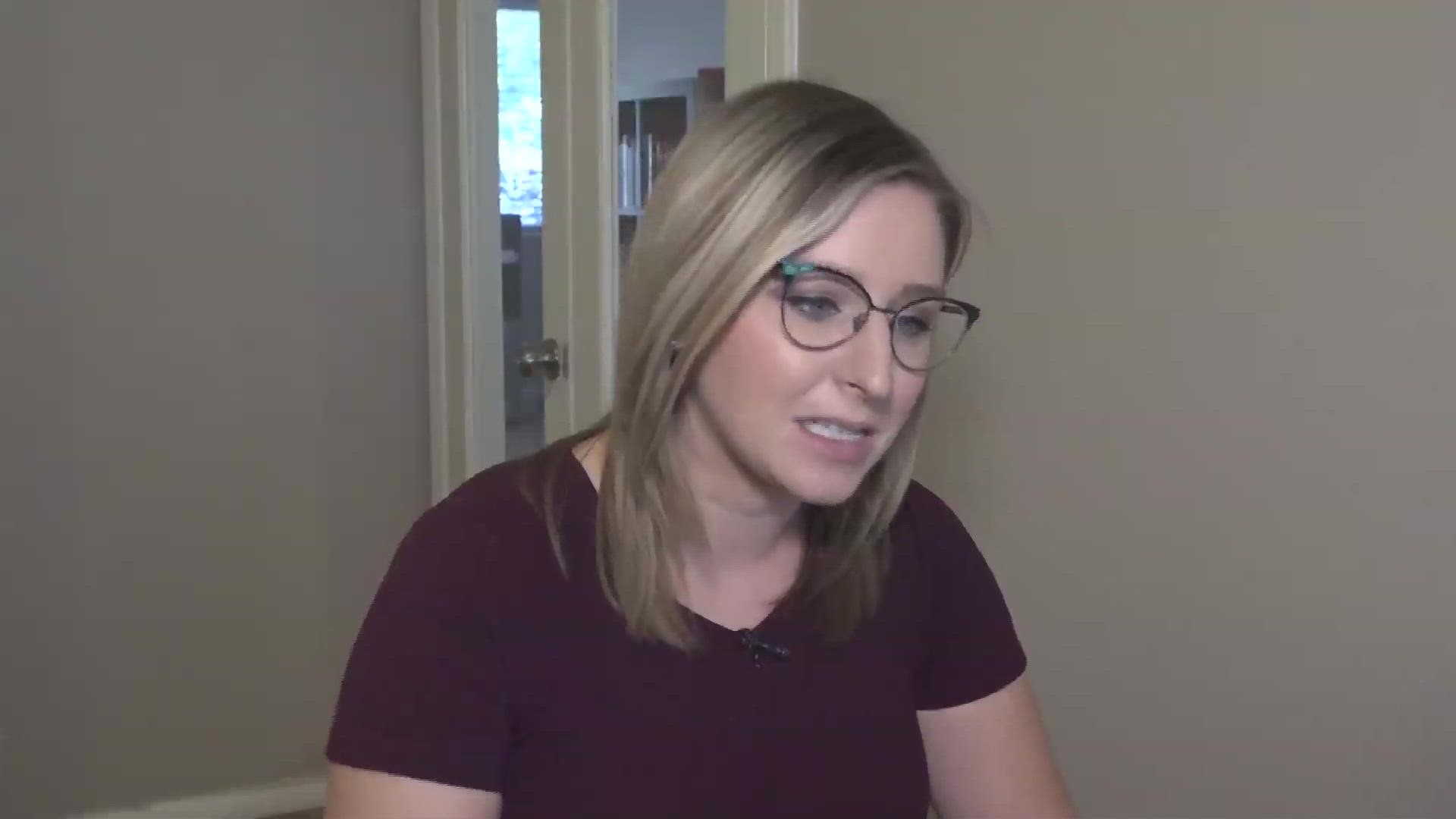 Still, other claimants tell 12 News they’ve been left frustrated waiting for payments with little to no explanation from DES.

“We continue to take steps to expedite payments where possible, but given the number of claims we’re receiving that are being flagged for fraud it is sometimes difficult to work through,” Wisehart said.

One of the biggest complaints claimants have had is the struggle to get through to someone at DES to get answers on why money isn’t coming through.

“So far we’ve hired about 800 individuals we’ve gone from about 200 folks working in unemployment insurance benefit activities to over 1,000,” Wisehart said.

The department is also continuing to hire people to handle unemployment insurance, applications for those jobs can be found here.

Specific to unemployment insurance benefits, Wisehart said the department is working on a backlog of those claims.

“We have a backlog of regular UI claims of about 30,000 right now, almost all of which came to us in the month of July,” Wisehart said.

Wisehart said 2.5 million claims have come to the department since COVID-19 hit Arizona.

“We recognize that a large number of these are fraud,” Wisehart said.

The department said they took back $70 million paid to what they believe are fraudulent out of state accounts. In that effort, some legitimate claimants had their funds taken away too. Wisehart said those real people should be getting a check back this week.

“On the front end, it’s impossible for us to see because the fraudsters are so good at mirroring real cases. And they continue to evolve the way that they attempt to defraud the taxpayer,” Wisehart said.

Wisehart said DES is working with tech companies like Google, the FBI, Secret Service, and more to weed out fraud, but said DES is still paying into fraudulent accounts.

“We know that there is undoubtedly some amount of fraud in the total that we’re paying right now. But we don’t know how much that is,” Wisehart said.

Wisehart said the Pandemic Unemployment program itself and the company contracted out of Florida to help DES handle claims are both partially to blame for the issues.

“The Pandemic Unemployment Program was set up to be as simple and seamless as possible for eligible individuals but it also makes it immensely ripe for individuals to try and defraud,” Wisehart said.

Scammers are getting into the system according to Wisehart, so DES is continuing to make changes to try and keep them out. But people who are legitimate are noticing the effects of those changes.

“They see it as system glitches and that’s really unfortunate that we’re not able to seamlessly pay all of the law-abiding individuals, while also identifying all of the fraudulent claims,” Wisehart said.

Wisehart also attributes other issues like people receiving debit cards full of money that never applied for benefits, from DES to fraud.

The department has set up a hotline to report fraud, which should be reported here.

Wisehart also said he and the department are open to a state audit.

"We welcome anybody who can help us better understand how we can get eligible individuals payments, clear out fraud, move things faster, do things better," Wisehart said.

Wednesday, Representative Tom O’Halleran (D-AZ-01) authored a letter to Director Wisehart, cosigned by Representative Ruben Gallego (D-AZ-07) and Raúl Grijalva (D-AZ-03) regarding the issues Arizonans have experienced trying to get benefits from DES.

In the letter, they say they've received complaints from constituents trying to get their benefits, and are asking the department to give answers as to why DES is flagging accounts as fraudulent, "despite there being no obvious reason for DES to suspect this in so many cases."