According to the Maricopa County Sheriff's Office, the driver of a crashed vehicle fired shots at the deputy and the deputy returned fire. 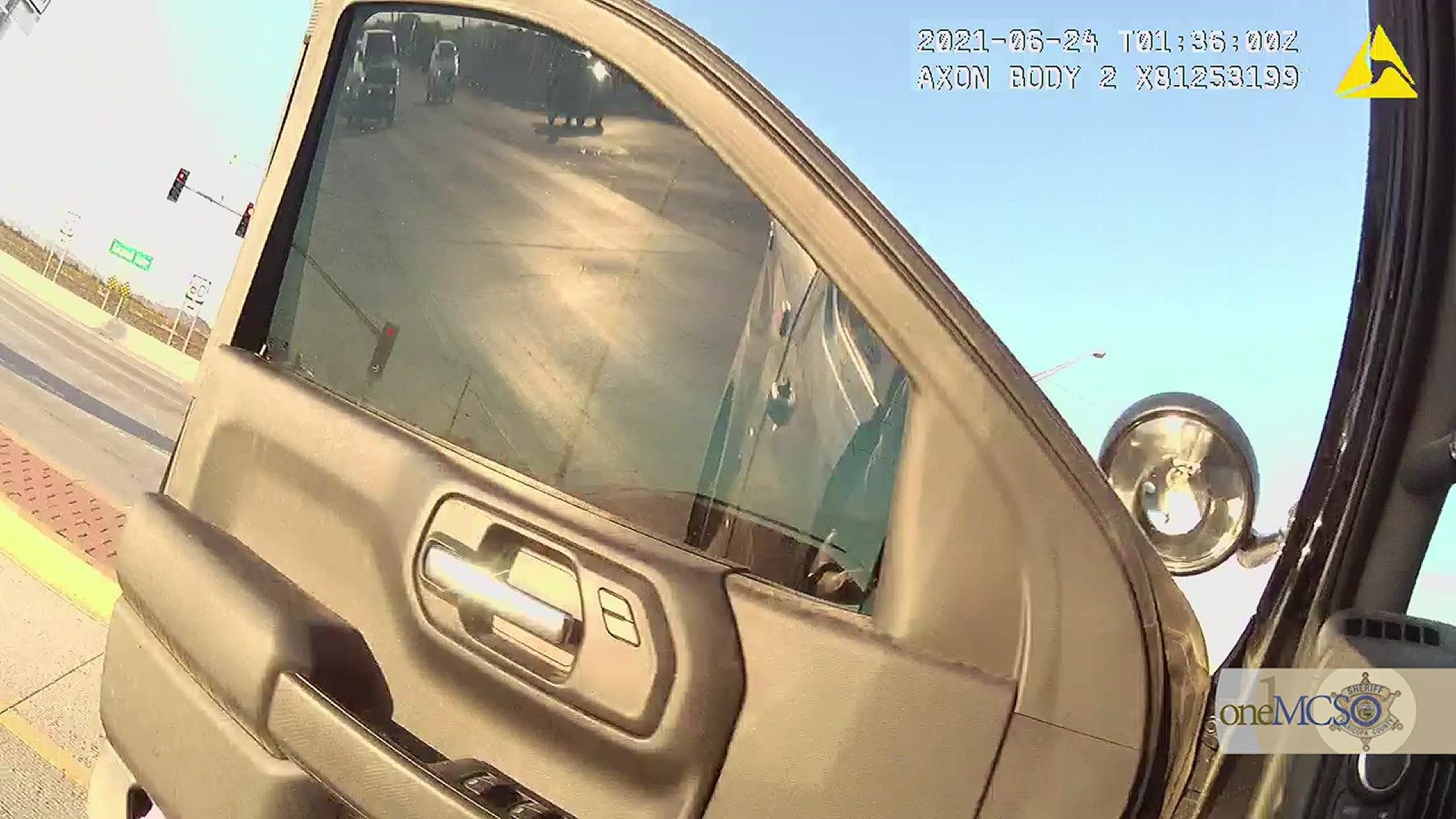 The shooting happened on June 23 after a deputy noticed an SUV driving erratically which ended up crashing into the median near U.S. 60 at Loop 303.

In the video, the deputy can be heard shouting commands at the driver, later identified as 22-year-old Michael Gerhart, when a shot erupted from the SUV.

A bullet hole can be seen in the tailgate just feet from the deputy.

The deputy then fired three shots at the suspect and retreated behind his patrol car and radioing for backup.

MCSO said Gerhart died by suicide, but this was not shown in the bodycam video.

The officer was not injured.

An investigation is still ongoing.