Wednesday’s protest marks nearly a week of demonstrations in Arizona, but the last two days have remained peaceful. 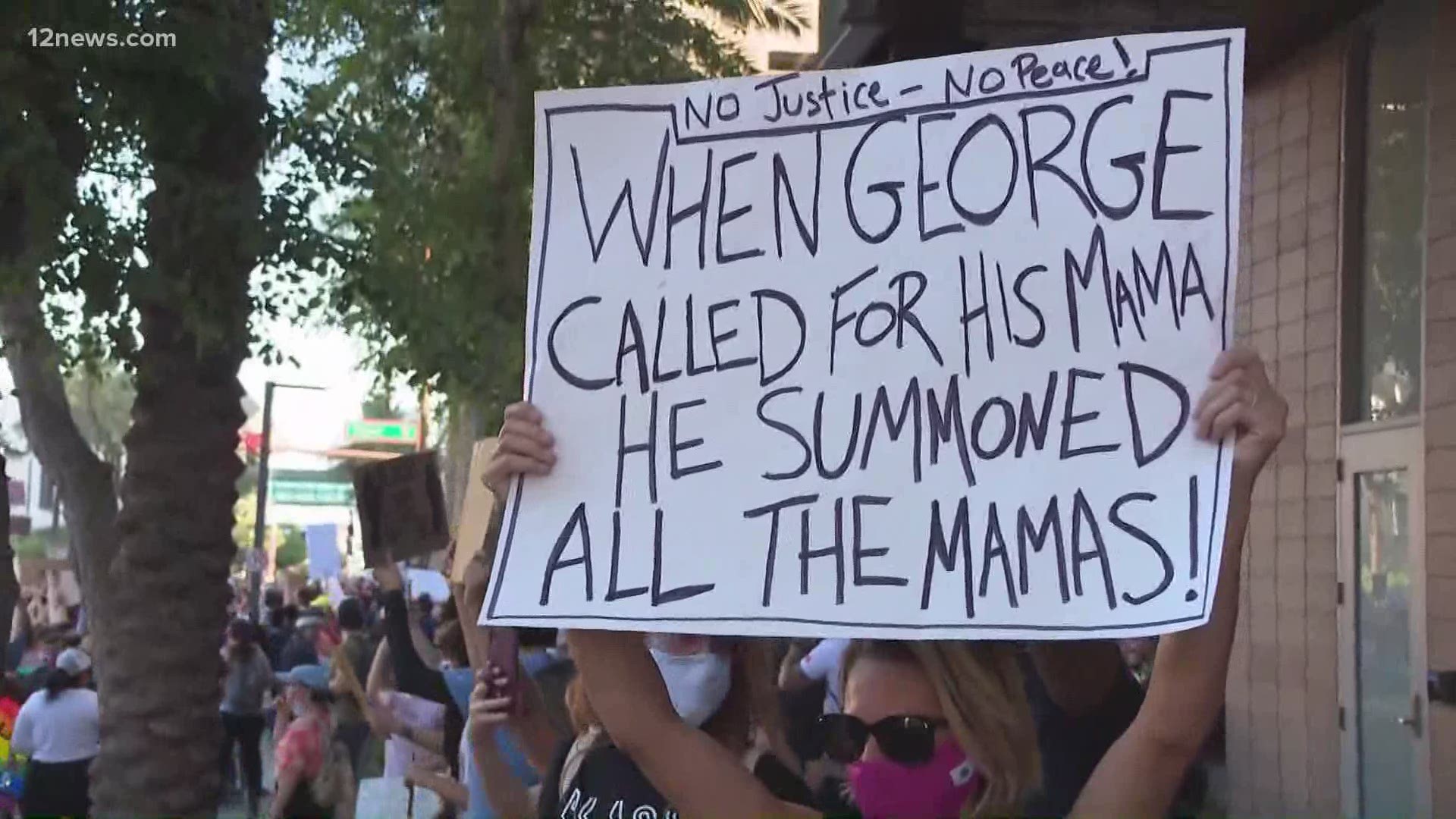 PHOENIX — Hundreds of marchers have gathered in Phoenix for another demonstration to protest the death of George Floyd and police brutality across the nation.

Wednesday’s protest marks a week of demonstrations in Arizona, but the last two days have remained peaceful in Phoenix with no arrests being made.

Floyd’s death in Minneapolis sparked nationwide outrage and conversation about race relations after video surfaced of Officer Derek Chauvin kneeling on his neck as he pled for air.

Activists have also cited the shooting of Dion Johnson by a DPS trooper on May 25 as another example of police brutality but details about his death remain scarce.

Raucous protests erupted across the country in the ensuing days after Floyd’s death, including looting in Scottsdale over the weekend.

Gov. Doug Ducey issued a week-long 8 p.m. to 5 a.m. curfew across Arizona on Sunday. Since then, demonstrations across the state have largely remained peaceful and some Phoenix Police Officers even joined Tuesday’s protest in solidarity against police brutality.

Quincy Mason, Floyd's son, spoke to a crowd that gathered as his family went to a memorial site in Minneapolis on Wednesday.

"No man or woman should be without their fathers," he said. "I appreciate everyone showing support and love."

The video below is from Tuesday's demonstration. 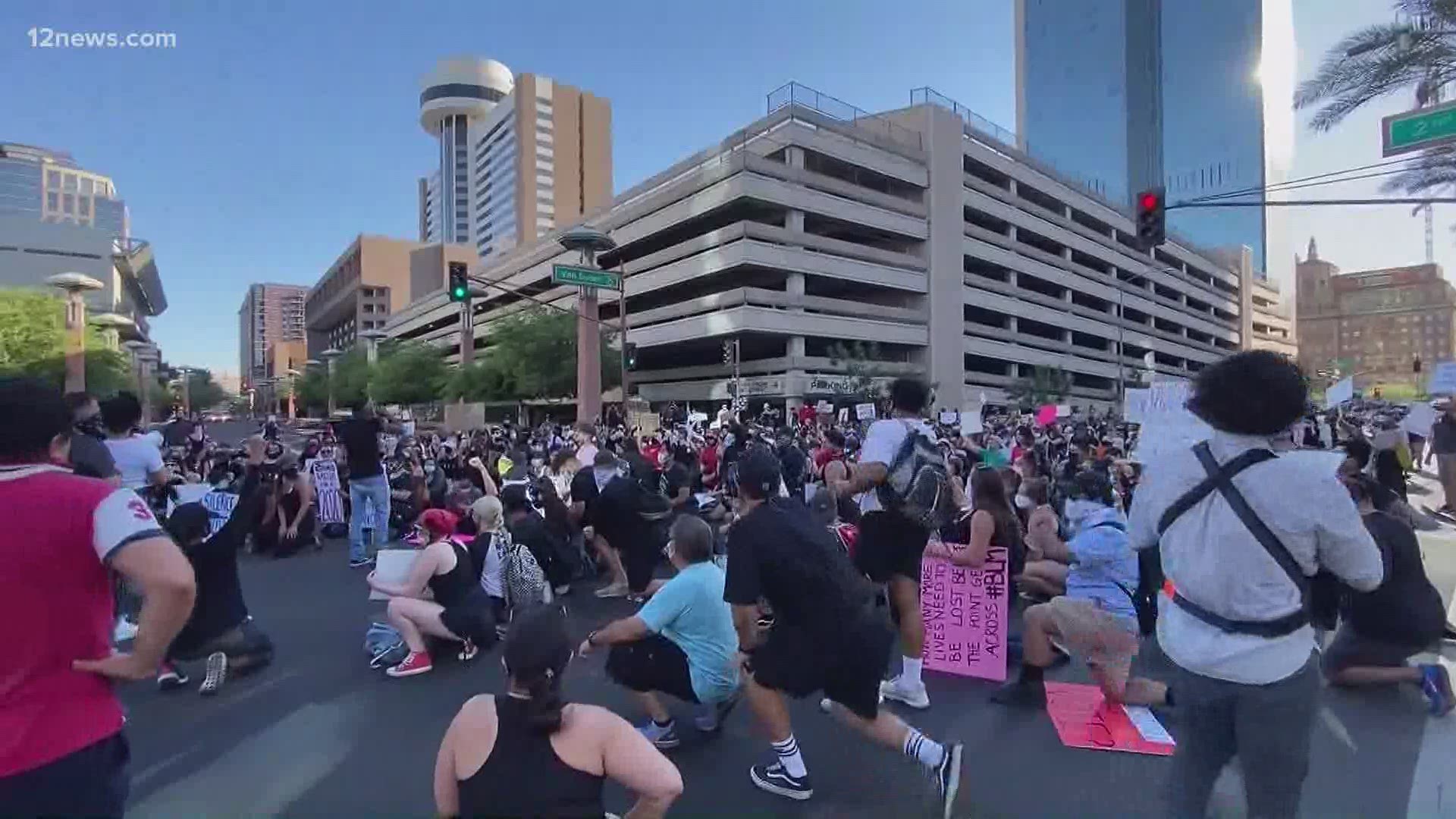