The student alleges she was a 17-year-old student at Barry Goldwater High School when Aude Odeh attempted to have sex with her. 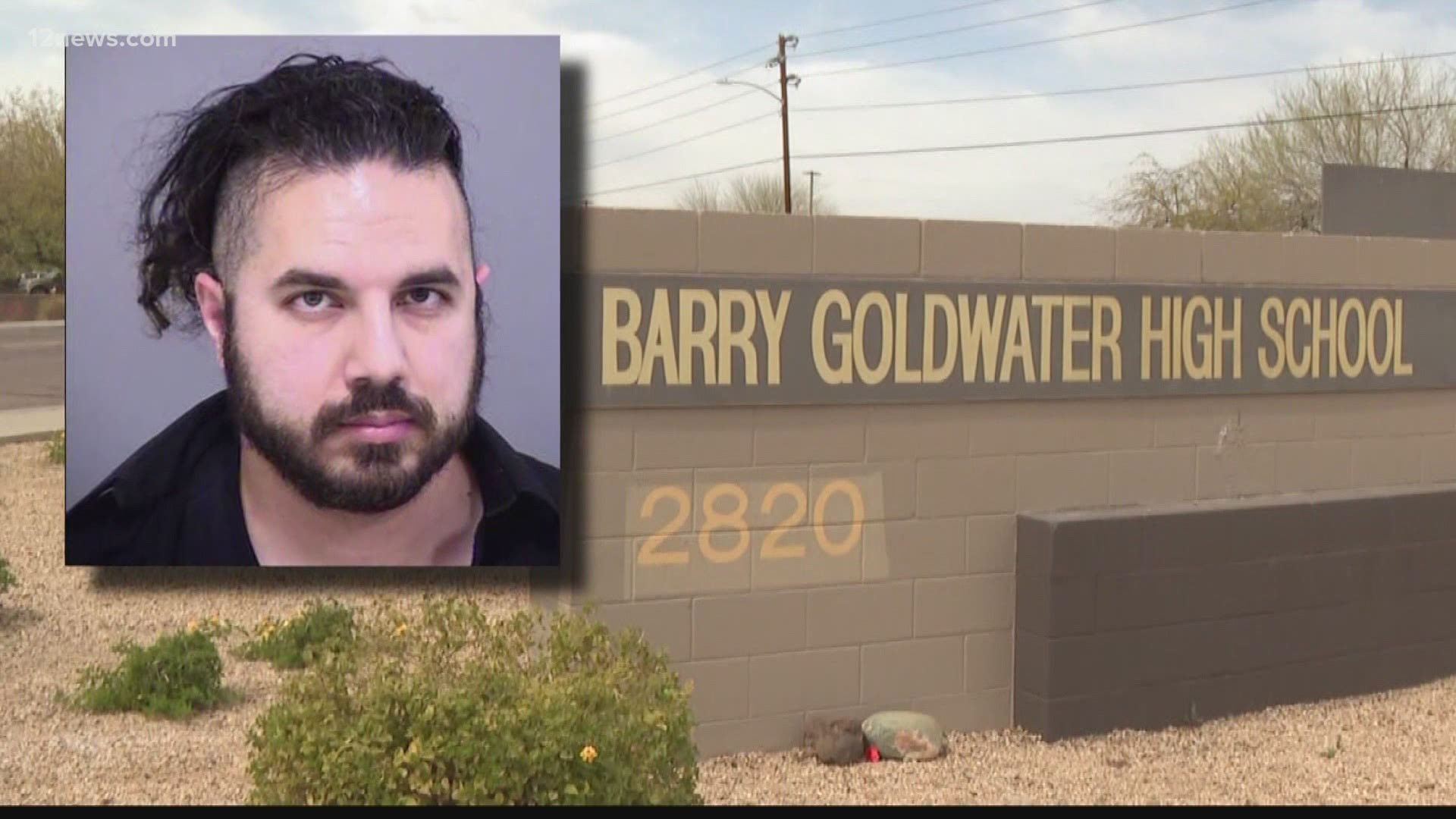 PHOENIX — A Valley teacher is now behind bars for allegedly having sexual contact with a student at Barry Goldwater High School.

Prosecutors say 35-year-old Aude Odeh tried to have sex with a 17-year-old student in 2015. Now, she’s coming forward, as dozens of other young women and girls claim he sent them inappropriate messages as well.

After several years of allegations, Odeh is now charged with sexual conduct with a minor.

“He clearly was in a position of trust and was aggressively approaching various students,” said the Maricopa County prosecutor on the case Monday at his initial appearance.

In court, Odeh’s defense attorney said “he denies these allegations.”

However, the judge noted that the defense didn’t refute the allegation made by the former student he’s charged with having sexual conduct with.

Odeh resigned from his position as an online instructor with the Deer Valley Unified School District a month ago. He formerly taught in person at Barry Goldwater High School.

Court documents reveal that a former student, whose name isn’t disclosed to the public, at the school told Surprise police that in 2015, Odeh attempted to have sex with her at her father’s home. She was about 17 years old at the time.

She tells police that the encounter happened after about a year of “provocative” messages from him on social media that she “didn’t realize were wrong.”

Colleen, a former student at Goldwater High, who isn’t releasing her last name, claims she had interactions with Odeh around the same time that made her feel uncomfortable.

“When I was in high school it was more of you look so cute and young here….once I graduated and went to college it was more stuff like asking me questions about my sex life, just stuff like that. Completely over-the-line stuff.”

Colleen shared her story on social media and TV in March but is now showing her face for the first time.

Over the years many Goldwater students have accused Odeh of sending them inappropriate messages.

Former students have shared their experiences on social media. Those allegations are included in court documents.

In a statement, the Deer Valley Unified School District says works to keep students safe, saying "when allegations surface that a staff member has violated policy and/or committed a crime, we will always act swiftly and in the best interest of our students.”

“I think this brings victims a step closer to a sense of feeling injustice. But my second reaction is the district still hasn’t apologized to us, they haven’t said anything, and there’s not really a lot of change that it seems is in place to prevent this from happening to other young girls,” said Colleen.

Court documents show Odeh’s sexual misconduct charge is from that one encounter with a former student. But those documents say multiple former students have come forward to Phoenix police, which means more charges may be on the way.