Authorities said during search and rescue efforts in the main home, firefighters located a deceased individual. 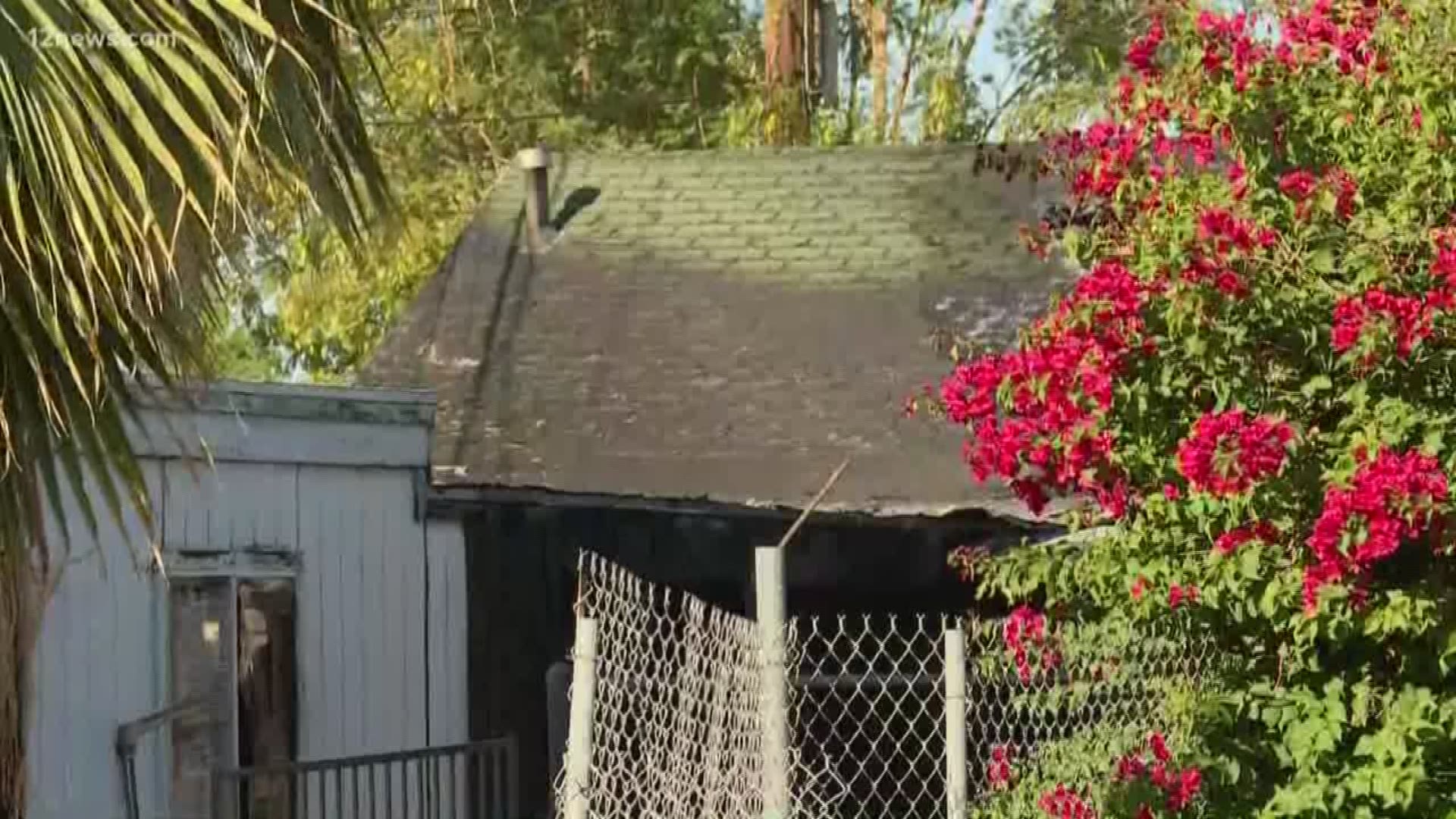 PHOENIX — Authorities said a body was found in a Phoenix home Saturday. According to officials, firefighters were dispatched to a home near 23rd Street and Thomas Road for reports of a house fire.

When crews arrived on scene, authorities said they found a flames engulfing a house. The flames extended into an adjacent duplex as crews extended hose lines from multiple trucks to battle the blaze, officials said.

Ladder crews were then sent to the roof to assist with the fast-moving flames that spread into the attic of both homes. According to authorities, firefighters contained and eventually extinguished the fire.

Phoenix FD said during search and rescue efforts in the main home, firefighters located a deceased individual. At this time, officials said the body appears to be an adult man.

An individual from the duplex was able to escape the fire as crews arrived on the scene, Phoenix fire said. Seven duplex occupants were displaced due to the fire and Fire Department Crisis Teams are working with them to locate temporary housing.

Fire investigators are at the scene and the cause of the fire is unknown.