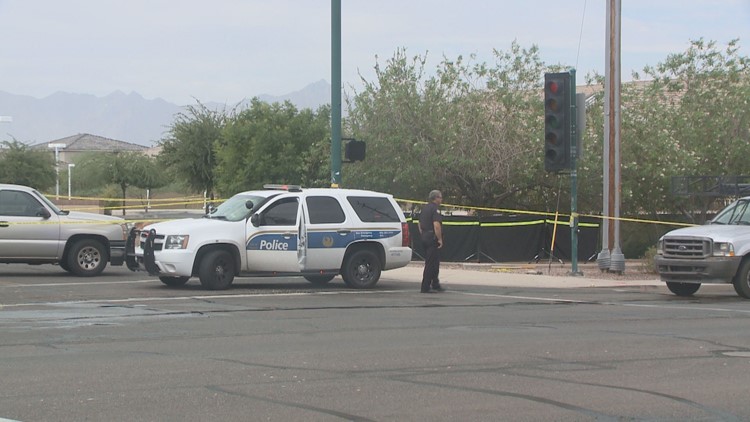 Police at the scene where a dead body was found on the lawn of an LDS church near Baseline Road and 41st Avenue in Phoenix July 10, 2018. (Photo: 12 News)

PHOENIX - Police are investigating a dead body found on the lawn of a church near 41st Avenue and Baseline Road Tuesday morning.

The victim has been identified as Robert George Garcia, 33.

Garcia was found dead at 6:25 a.m. Tuesday, according to police.