The attorney representing the then 7-year-old foster child says the child was subsequently molested by the sex offender. 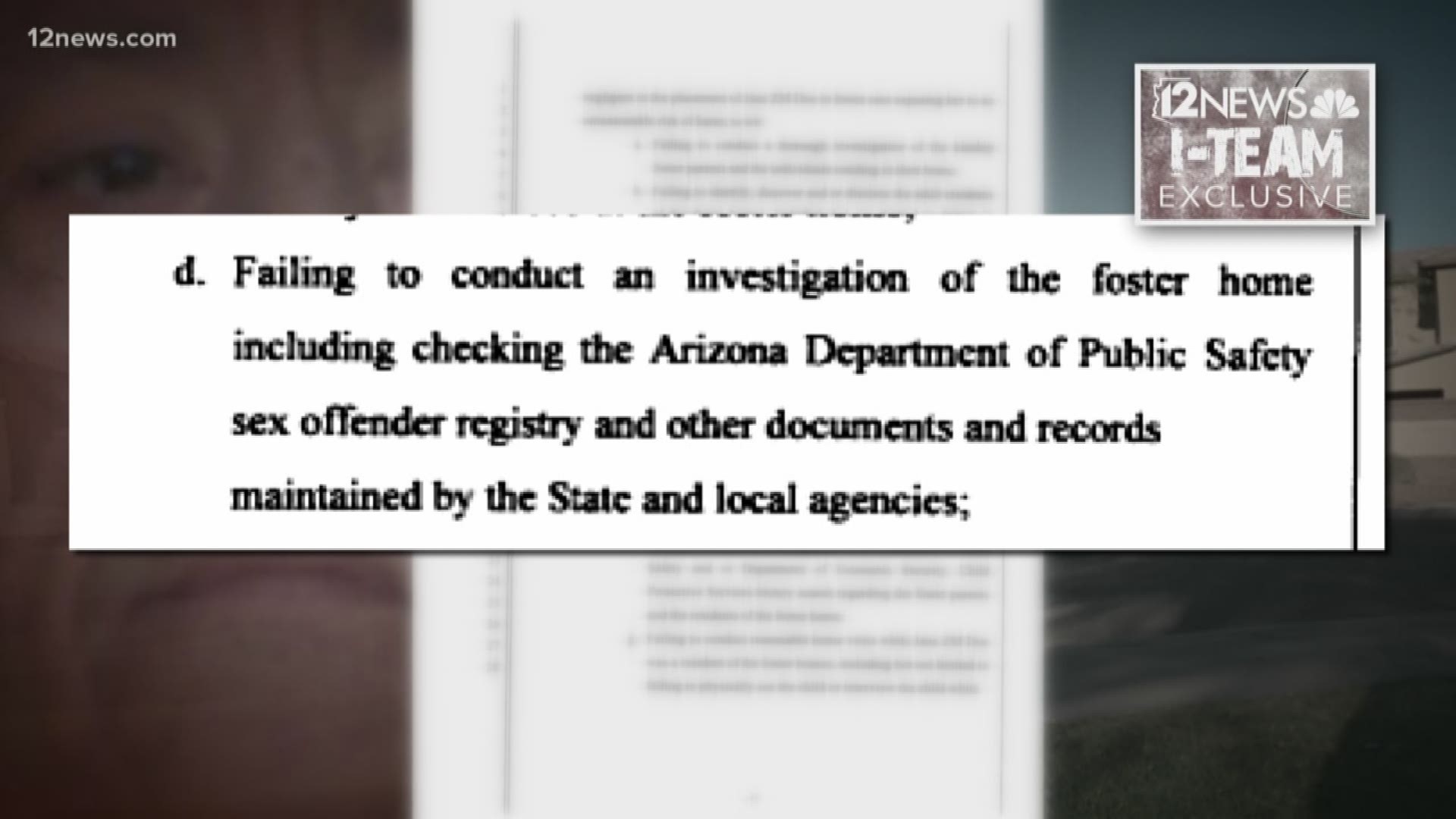 PHOENIX - The state of Arizona, along with several employees within the Department of Child Safety, are being sued by a guardian on behalf of a foster child.

The lawsuit alleges gross negligence, saying DCS placed the foster child in a home where a registered sex offender lived.

PREVIOUSLY: Foster child placed in a home with a sex offender, document says

"Although it's a civil suit for negligence, they're still libel also under the criminal statutes that would normally charge people with child abuse or neglect," said attorney Robert Pastor.

Pastor claims the state placed his client, a then 7-year-old foster child, in a home where Jose Egurrola, a registered sex offender, was on the record living. The lawsuit says DCS "failed to conduct an investigation of the foster home including checking the Arizona Department of Public Safety sex offender registry."

"Just like a parent, the state of Arizona had a responsibility to protect this child to make sure that she was safe," Pastor said.

Pastor said the child was subsequently molested by the sex offender.

12 News reached a DCS employee named in the lawsuit at her home back in February. When asked if she checks the sex offender database during the process of placing a child, she said she does not.

In February, Gov. Doug Ducey responded to the claims and denied any DCS wrongdoing.

"Nothing slipped through the cracks here, okay? Every child that is put into a home the people inside that home have a background check," said Gov. Ducey.

12 News obtained a copy of the lawsuit shortly before the close of business on Tuesday. We reached out to DCS for comment but have not heard back yet.

However, in previous reporting, the department says it runs a state and federal background check on every adult who lives in a home before they approve a placement.