She was too young to remember specifics, but the image of Martin Luther King Jr. staying in her home is indelible. 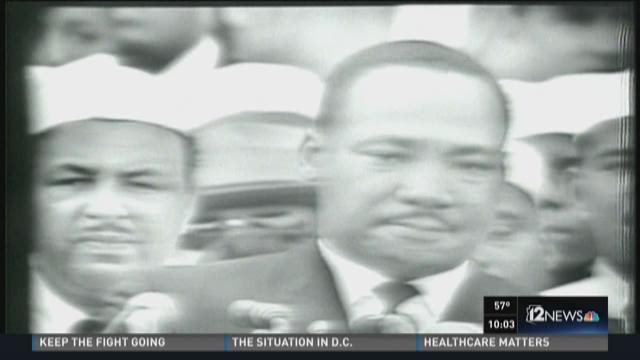 PHOENIX - She was too young to remember specifics, but the image of Martin Luther King Jr. staying in her home is indelible.

"My father did one of the greatest things in the history of this country," Alexia Norton Jones recalls.

Her father, Clarence Jones, was a good friend and lawyer to Martin Luther King Junior. Jones was also an integral part of writing the 'I have a dream' speech Dr. King gave at the March on Washington in 1963.

"He was in Riverdale, New York and he was a visitor in our home. It's a two-week period of time when my father drafted the 'I have a dream speech' and I remember it was the zoo, it was summer and trying to learn how to ride a bike. all those simple things, but there's a sense that something really important is happening. Your parents can't really tell you what it is."

No chance anybody involved in those moments had any idea what this speech would become, nor what it would do for the Civil Rights Movement.

This larger than life moment may never have happened without that two-week period of planning in Alexia Norton Jones home.

At the time, she was more concerned with being a child, but now it's a memory almost as important as the message itself.