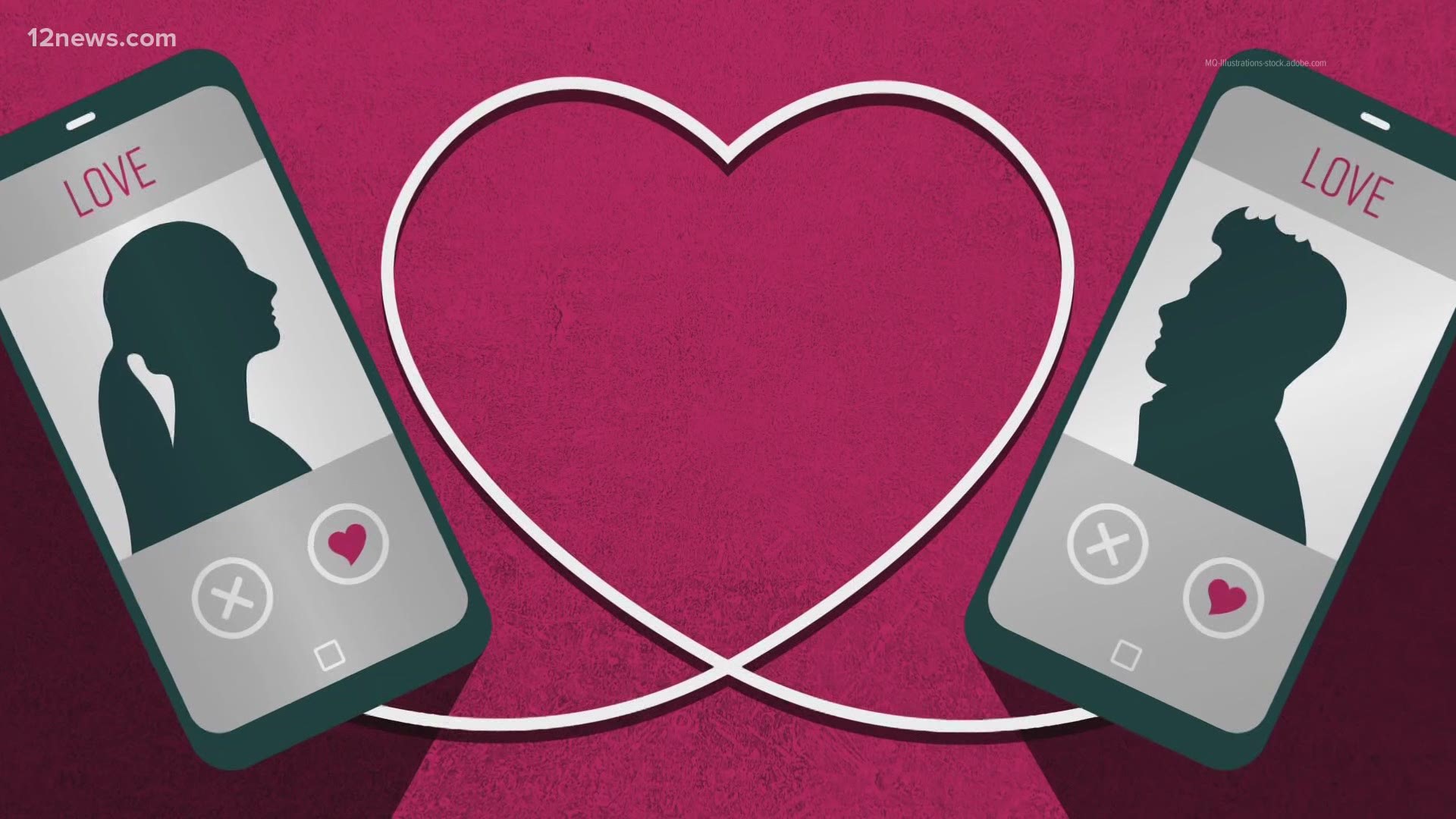 PHOENIX — Dating during a pandemic can be hard, but it turns out the number of people looking for love online is going up.

A recent study showed Match Group, which controls more than 60% of the dating app market and owns popular apps like Tinder, Hinge, Match OK Cupid and Plenty of Fish, saw a 15% jump in new subscribers in its second-quarter last year.

And according to Apptopia, the Top 12 dating apps gained 1.5 million daily active users.

There’s also a new growing trend with people posting profile pictures of them masking up. Some of them are also saying that they got vaccinated.

Rachel Van Nortwick is the founder and CEO of Vinylly, a new dating app for music lovers.

“It matches you based on your streaming history as well as a couple of other ones that ask you how you like this music and the role music plays in your life,” said Van Nortwick.

But before you hit a high note with your potential partner, there are some warning signs when it comes to online dating.

“If you’re not getting past surface-level conversations, there’s probably something up,” said Van Nortwick.

She also added, “If you are getting texted or chatting with somebody and it’s hot and heavy and then there’s nothing and then it picks up a month later, listen to your gut, this person probably isn’t that into you.”

But here are her three suggestions on what you should do when dating online:

Van Nortwick also offers some suggestions for dates like going on a bike ride, hiking, having a picnic or anything that has to do with the outdoors.

You can also stay indoors and stream a movie or concert, or take an online cooking class.

“Be yourself, put yourself out there, don’t feel bad if the first person you meet doesn’t work out keep at it,” said Van Nortwick.