Daniel Ruiz: From Maryvale to Arizona Governor’s Chief of Staff

"Put yourself out there," Ruiz said. "Offer yourself up to serve." 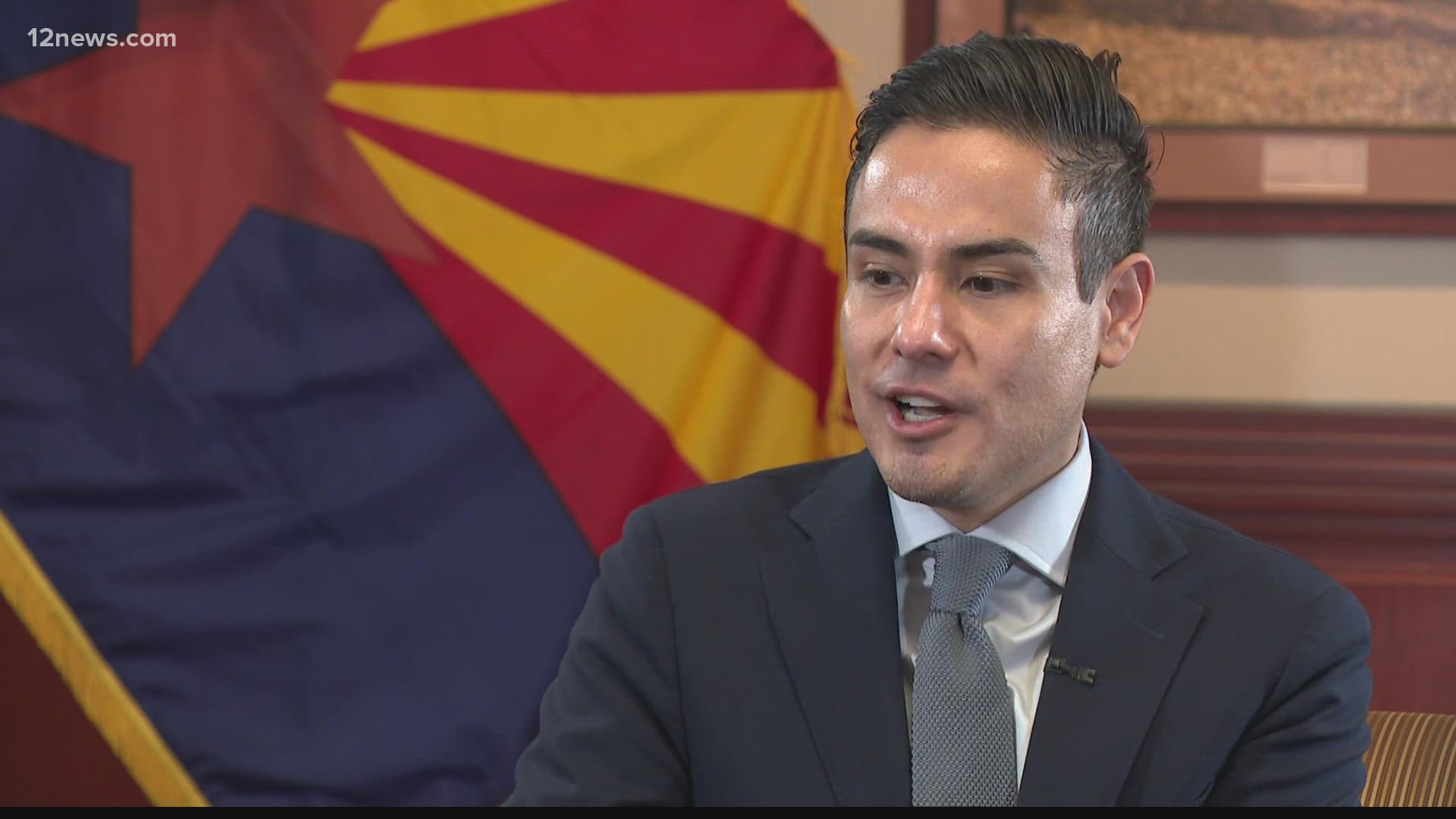 PHOENIX — Standing on a balcony in the governor’s executive tower, Daniel Ruiz can see the West Valley neighborhood where he grew up.

A product of Maryvale, Ruiz later moved to Goodyear as a teenager where he graduated from Millennium High School.

Ruiz scans the cityscape and talks about the “good times and bad times" during his youth.

“I think every success and every challenge makes you who you are,” Ruiz said.

Ruiz has used his life experiences to reach one of the most important positions in state government, the state governor’s Chief of Staff.

Ruiz credits his success to his parents’ example, who were just 17 and 18 years old when he was born.

When Ruiz was in kindergarten, his mom worked as a school lunch employee. His father was a dishwasher. Ruiz watched them gradually work their way up into higher-paying jobs and positions.

Today Ruiz’s mother is a bank manager. His father, who Ruiz said benefited from membership in a labor union, is a carpenter superintendent.

“Their example helped frame the way that I live my life. I know there is opportunity if you work hard and put in the time and the effort,” Ruiz said.

A $500 scholarship and a county job

When Ruiz graduated high school, he was awarded a $500 journalism scholarship from the West Valley View newspaper, Ruiz said.

He used the modest award to help pay for his first community college classes. During that time, Ruiz began working for the Maricopa County Elections Department.

Maricopa County Board Supervisor and former state legislator Steve Gallardo, who is also from Maryvale, was the first person to suggest Ruiz work at the county in 2002. Since then, Gallardo has watched closely Ruiz’s career path.

“It’s great to see someone from Maryvale, born and raised on our playgrounds, become Chief of Staff,” Gallardo said.

During Ruiz’s tenure at the county, he was the lead investigator in a campaign finance case that ultimately led to the removal of a candidate from office for violating ethics rules.

Ruiz said he was around 25 years old at the time and that chapter of his life taught him how to manage competing priorities.

“Putting in the time and effort to run that investigation and testify in court, but also going home and working on homework, those are the types of things that created a diversity of knowledge,” Ruiz said.

Ruiz earned his degree from the University of Phoenix at 28-years-old.

Working for the governor

In 2015, Ruiz used his experience working at the county and the Citizens Clean Elections Commission to land a job working for Governor Ducey’s Office as Director of Media Affairs.

He considers his role in helping to organize vaccination sites during the pandemic as one of his most gratifying endeavors. After Governor Ducey issued an executive order for the state to manage vaccine allocation in January of this year, Ruiz coordinated with several businesses and state agencies to open the 24/7 vaccination site at the Glendale State Farm Stadium. The state also opened a vaccination site at Phoenix Municipal Stadium.

“Making sure people had access (to vaccines) was really important to us,” Ruiz said.

The Glendale operation, which lasted three months, was one of Governor Ducey’s most prominent initiatives to get Arizonans vaccinated and was lauded by President Joe Biden.

Ruiz credits Ducey’s philosophy for allowing him to eventually gain the position of Chief of Staff in August. He says he admired from a distance the governor’s campaign slogan of “Opportunity for All” before he began working for the governor.

“The fact that I’m now Chief of Staff I think speaks to the idea that ‘Opportunity for All’ wasn’t just a campaign slogan,” Ruiz said. “He’s given me the opportunity to work hard, put in the hours and put in the time and prove myself.”

According to the nonprofit Chicanos Por La Causa, the last time the governor’s office had a Hispanic Chief of Staff was in the 1980s.

“Anytime you see someone, particularly in the Latino community, start from lower levels of government and move up in the ranks and gain the confidence of a governor of Arizona, that is huge,” Gallardo said.

One Hispanic tradition that continues in Ruiz’s family today is the ritual of making tamales at Christmas time; blasting music and making the traditional dish in an assembly line.

“That to me is like the epitome of family and my Hispanic heritage,” Ruiz said. “This year we had my son around the assembly line, he’s six years old, spreading “maza”, he didn’t do the best job but he’ll learn with some time,” Ruiz said, laughing.

RELATED: Local Latinas make a difference in the community one handmade item at a time

A commitment to community engagement

Ruiz also hopes to pass on a tradition of community engagement to his son.

“If you see something you want to be involved in, if you want to make a difference, put yourself out there. Offer yourself up to serve,” Ruiz said.

Ruiz said he admired his grandfather “Tata” Frank Canez, who served as Constable. Canez also ran for the city council and lost.

“When my mom was pregnant with me, she went door to door and handed out fliers for his campaign,” Ruiz said. “So, she likes to take credit for my civic engagement and my community involvement because she says it was happening before I was even born."

We're telling the stories and sharing the experiences of Hispanics and Latinos from across the Valley. Watch our latest stories on our 12 News YouTube playlist here.