City planners are expecting a massive economic boost and an awesome new attraction for Valley residents. 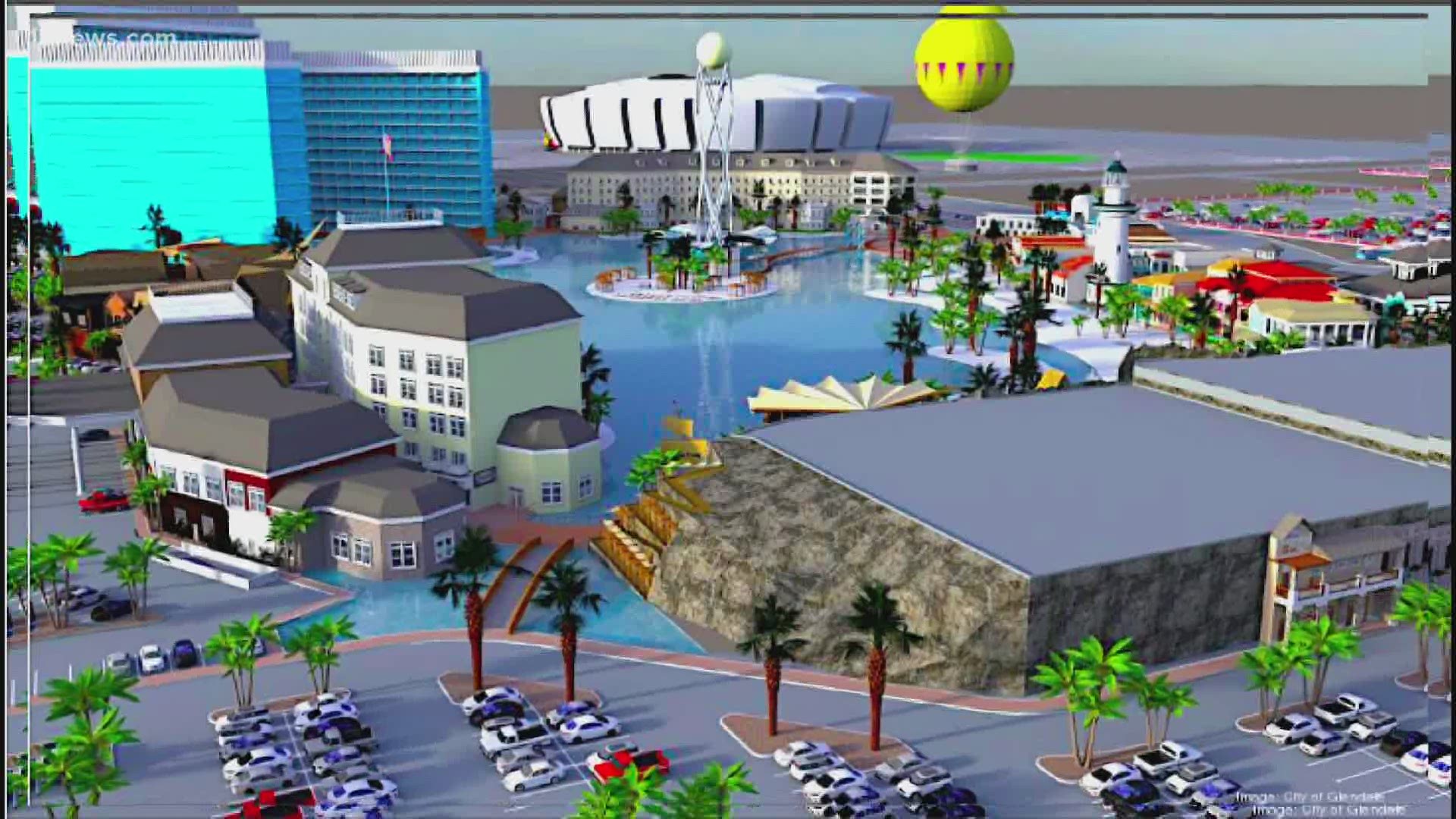 GLENDALE, Ariz. — Everyone has been cooped up inside in an effort to stay safe and slow the spread of the coronavirus, but that doesn't mean there aren't things to look forward to.

One of the nation's biggest water attractions, "Crystal Lagoon, Island Resort" will be made in West Valley.

The city of Glendale is getting ready for the ultimate 11-acre lagoon, which is said to feature fun for the whole family.

City Manager Kevin Phelps talked about all the amenities the park will offer.

"It's a project we've been working on as a team for a year and a half. There will be things like a fly theater, a 4D theater, there will be laser shows at night time," he said.

Not to mention an elevated bar, beach chairs and a lavish lagoon, Phelps said, there are dozens of ways to decompress.

"It really gives us another element to add into all the other activities you can already do in the entertainment district," he said.

The bonus is the economic boost it'll bring to the entire area by way of more than 1,800 jobs.

"The economists have projected that this will create about $9.4 million a year and that goes into our general fund," Phelps said. "We believe this is going to be a game-changer for our sports-entertainment district out at Westgate."

With construction set to start by the end of the year, we can all expect to score ahead of the Super Bowl in 2023. The unanimous vote by the council, clears the way for Crystal Lagoon, to land right here in the Valley of the sun. 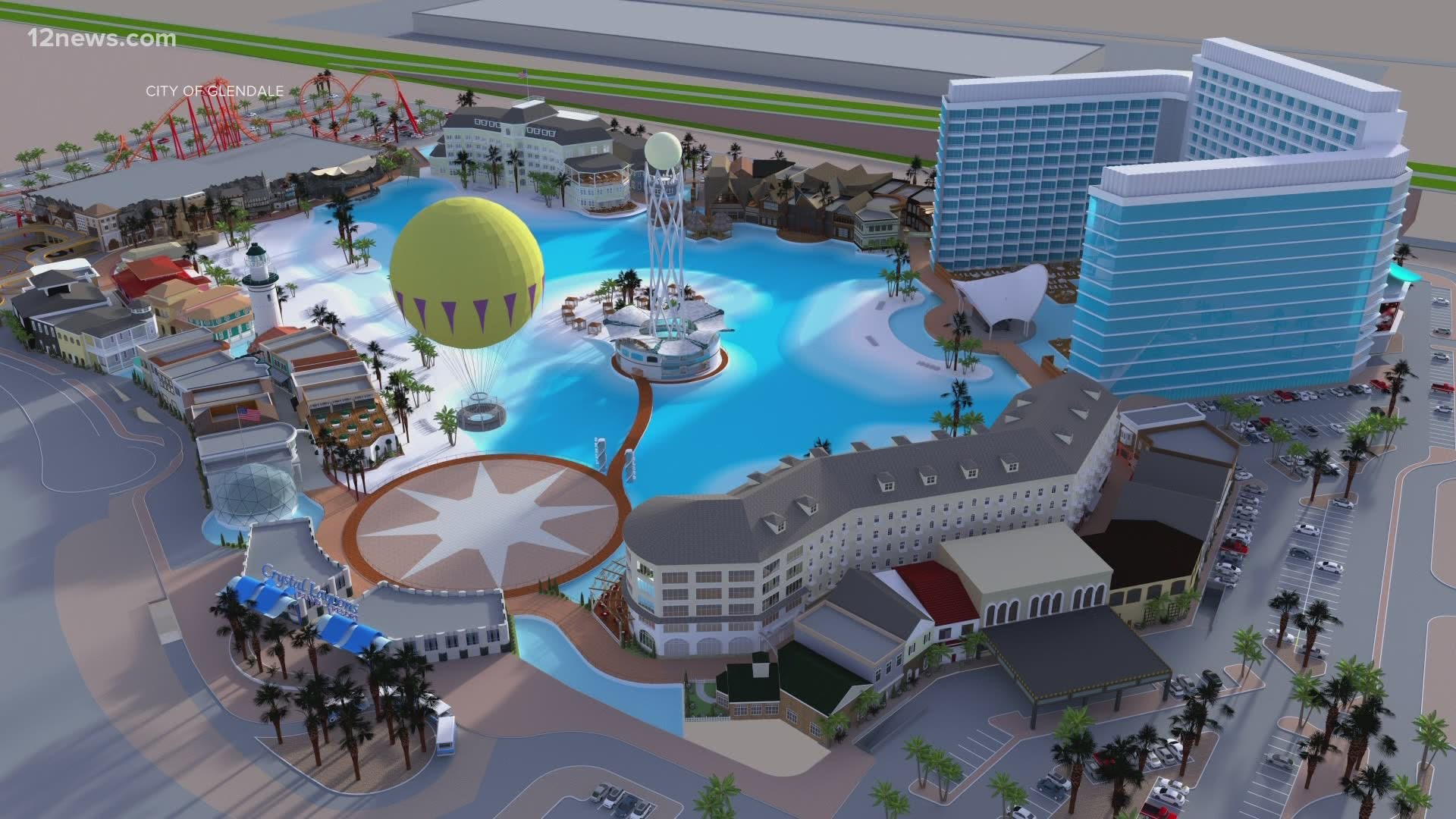