The video serves as a reminder to be on the lookout for emergency vehicles, police say. 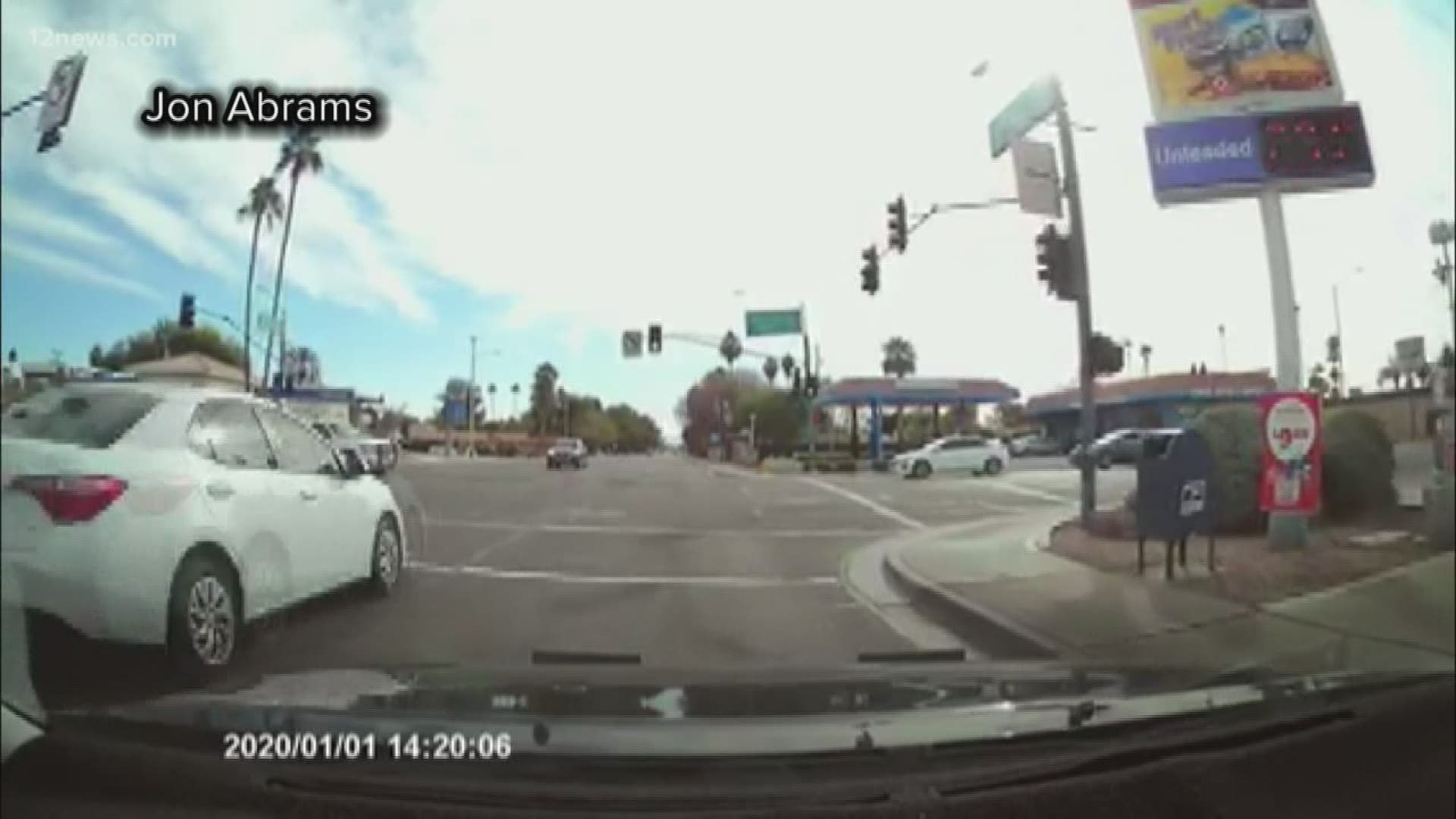 PHOENIX — Phoenix police are looking into an accident that involved one of their reserve officers in a central Phoenix intersection Wednesday afternoon.

Jon Abrams caught the accident on a camera mounted on his car’s dashboard. The video shows a Phoenix police SUV with lights and sirens active as it slowly approaches the intersection of 7th Avenue and Bethany Home Road.

As the police SUV starts to accelerate in the intersection, a white car fails to yield to the police vehicle and smashes into the side of the SUV.

The force of the collision sends the police SUV onto the sidewalk in front of Roca Auto Repair. The white car comes to rest in the westbound lanes of Bethany Home Rd.

“When you look at the video again,” said Sergeant Tommy Thompson of the Phoenix Police Department,  “you see the nature in which the vehicle entered the intersection and was going through traffic.  That’s still being reviewed by our investigators at this time.”

If the driver of an authorized emergency vehicle is operating at least one lighted lamp displaying a red or red and blue light or lens visible under normal atmospheric conditions from a distance of five hundred feet to the front of the vehicle, the driver may… Proceed past a red or stop signal or stop sign, but only after slowing down as necessary for safe operation.

Sergeant Thompson said that both the officer and the man driving the white car will be fine, although the man in the car suffered some minor injuries from his airbag.

Sgt. Thompson hopes this video will serve as a reminder to all drivers to pay attention for emergency vehicles.

“I think it’s important for people to realize that when you come to an intersection at any time, you should look around and be cognizant of what’s coming in your area.”