When questioned whether contact with Lori Vallow, Chad Daybell and Alex Cox was appropriate, Pawlowski responded she "didn't see what was going on behind her back." 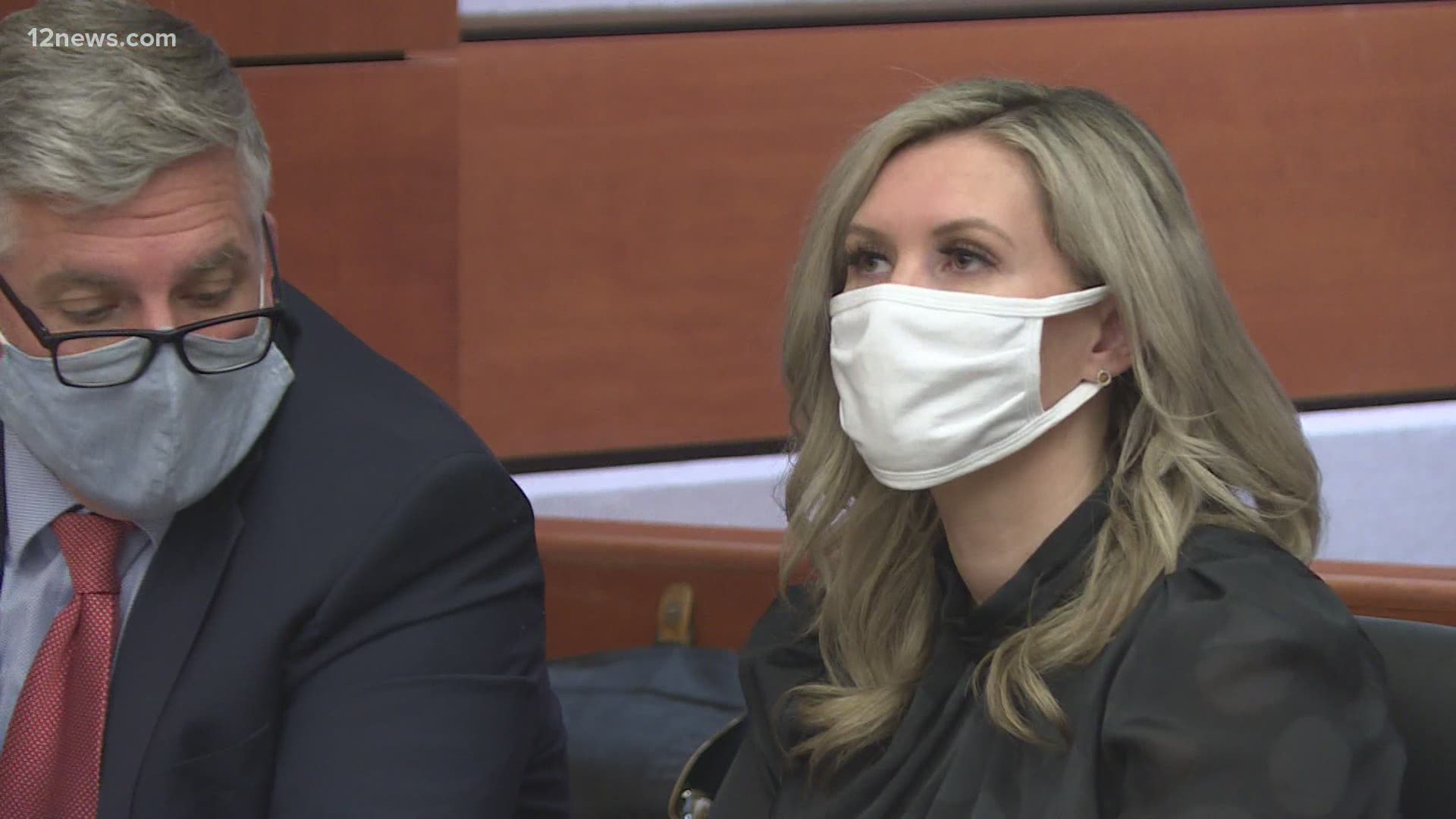 PHOENIX — As Lori Vallow Daybell and her husband Chad Daybell await trial for charges connected to the death of her children, Tylee and JJ, a custody case in Mesa has some more clues in the puzzling case.

Lori Vallow Daybell's niece Melani Pawlowski has been in a fight for custody with her ex-husband Brandon Boudreaux for more than a year.

Records show Boudreaux expressed concerns for his children's welfare over Melani's connection to her aunt Lori and Chad Daybell and accused involvement in an attempt on his life. In court filings, Melani's side has denied accusations.

On October 2, 2019, Gilbert PD responded to a call for an attempted shooting at Boudreaux.

Court records show Boudreaux accuse Alex Cox, Lori's brother and Melani's uncle, of pulling the trigger. He also accuses Melani of being involved because she's the only person who knew his new address at the time of the shooting.

In a custody trial Wednesday, Melani was asked about the shooting and she denies any involvement. Records show two different affidavits from Gilbert Police, which testimony reveals Melani was initially a "person of interest" in the investigation and was later called an "investigative lead."

Attorneys on both sides confirm Melani is not facing any charges. At last check, Gilbert Police are still investigating.

Their bodies were discovered in Chad Daybell's backyard in June 2020 after investigators tracked pings from Alex Cox's cell phone. Both Lori and Chad Daybell are facing conspiracy charges connected to the death of her children.

Cox died at his home in Gilbert in December 2019. A medical examiner ruled he died of natural causes but Gilbert Police say they're still investigating.

In court Wednesday, Melani's attorney asked if she believes in "zombies" and "dark" spirits, which Melani denies. Other court documents and police reports indicate that "zombies" and "dark spirits" are allegedly beliefs taught by Chad Daybell to a religious doomsday group and could possibly be linked to the several death investigations the couple is tied to.

"Do you think it's reasonable for Brandon to accuse you of being in a cult just because you're Lori Vallow's niece?" asked Melani's attorney.

"Absolutely not," she responds.

When questioned by Boudreaux's attorney whether contact with Lori Vallow, Chad Daybell and Alex Cox was appropriate given all that happened, Melani responded she "didn't see what was going on behind her back."

In May, when Melani interviewed with 12 News, she defended her aunt Lori and claimed she didn't know what happened to Tylee and JJ but believed Lori wouldn't harm her children.

After the children's bodies were discovered, one of her attorney's sent a statement on behalf of Melani, her new husband Ian, Lori's mother and Lori's sister saying, in part, they were all "deeply saddened by the recent findings" and "will anxiously await the pending conclusions with heavy hearts."

Ultimately, in court Wednesday, each party agreed to restore joint decision-making for their children and Melani will have full visitation restored in January 2021 after a re-introduction period.  Testimony tells that Melani was deemed to be a fit parent after a doctor's evaluation through the court.

A judge is still reviewing some other unresolved issues connected to financial matters in the custody trial.

Lori and Chad Daybell are scheduled for a joint trial in July 2021.