Maricopa County Attorney Allister Adel says she concluded that neither Ryan Whitaker nor Officer Jeff Cooke did anything against the law. 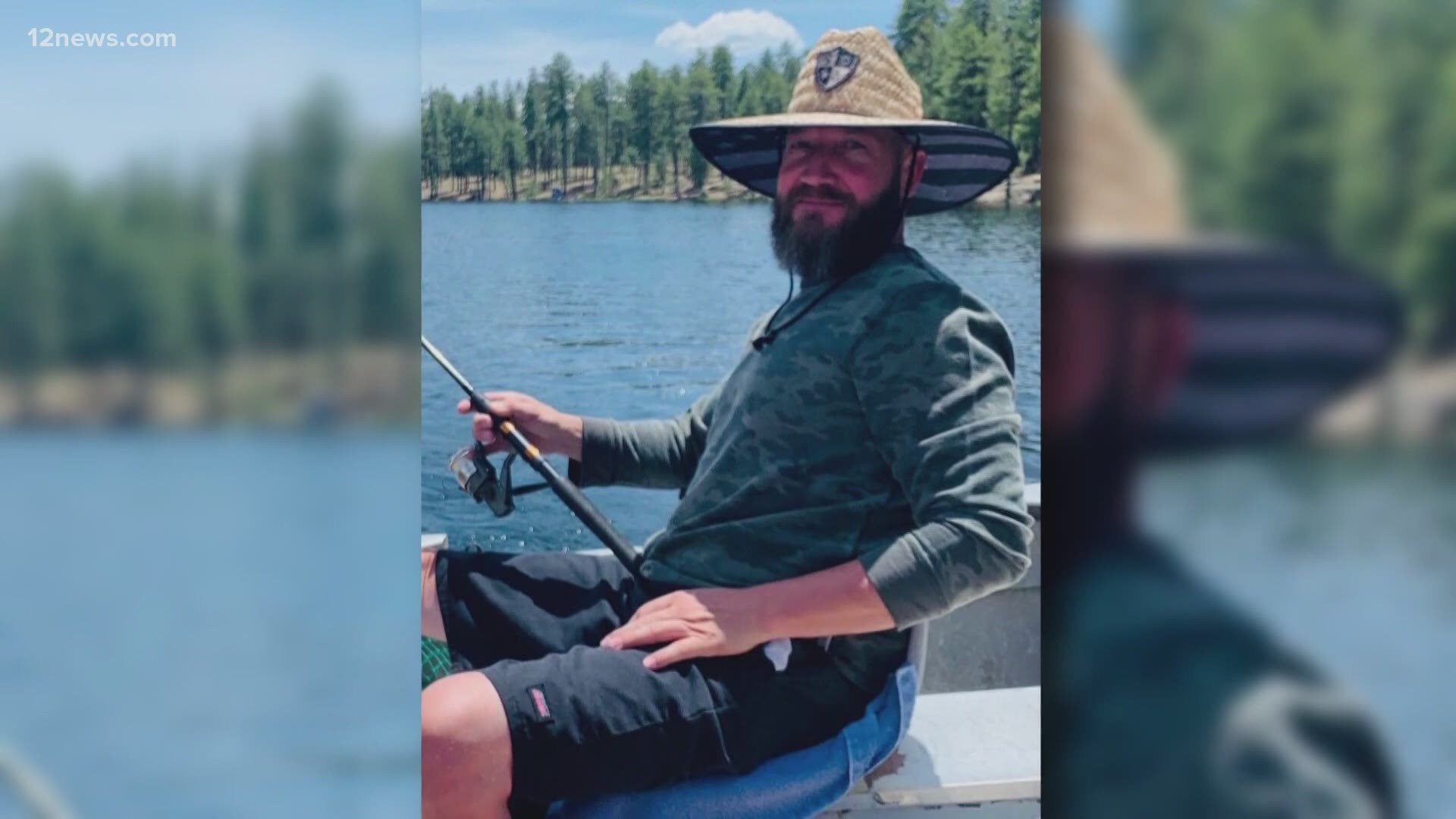 PHOENIX — Maricopa County Attorney Allister Adel announced Friday there will be no criminal charges from her office in the death of 40-year-old Ryan Whitaker, who was shot and killed by a Phoenix police officer in May 2020.

Police were called to Ryan Whitaker's apartment complex on Desert Foothills Parkway south of Chandler Boulevard around 11 p.m. that night, responding to a 911 call.

Police said the caller reported a lot of yelling and slamming doors from the condo next door. A second call came in a short time later saying the situation may have become physical.

Body camera footage showing the shooting was released in July of last year.

Officers knocked on Whitaker's door. He answered with a gun in his left hand, that he lawfully owned, and moved his hand behind his back. An officer fired as Whitaker began to kneel down.

"When terrible things like this happen, we naturally want to find out who was right and who was wrong," Adel's statement read. "Mr. Whitaker is dead and he shouldn’t be. It is natural to try to find who is at fault; we want to assess blame."

In a notice of claim filed by Whitaker's family in November, naming the city of Phoenix, Chief Jeri Williams and the two officers involved, they claimed the city was "reckless" and "unjustified" in shooting and killing Whitaker.

The Phoenix City Council voted 9-0 in December to pay $3 million to Whitaker's family.

Adel's charging decision said when Whitaker came out the door with a gun in his hand, it was reasonable for the officers to conclude that he meant them harm.

"Officer Cooke’s conclusion, while inaccurate in hindsight, was not unreasonable in the moment and was, therefore, not a crime," Adel's decision read.

"This is precisely why this case is so heart-wrenching: while both Officer Cooke and Mr. Whitaker could have made decisions that would have avoided this terrible result, neither did anything that is prohibited by our criminal law."

Read the full charging decision below:

The video below shows the shooting of Whitaker from both officers' body cam videos, released by Phoenix Police Department in July 2020. The content of the video may be upsetting to some viewers.