Maricopa County's top prosecutor said on Friday she would remain in touch with office leadership. Adel had returned to work in February after medical leave. 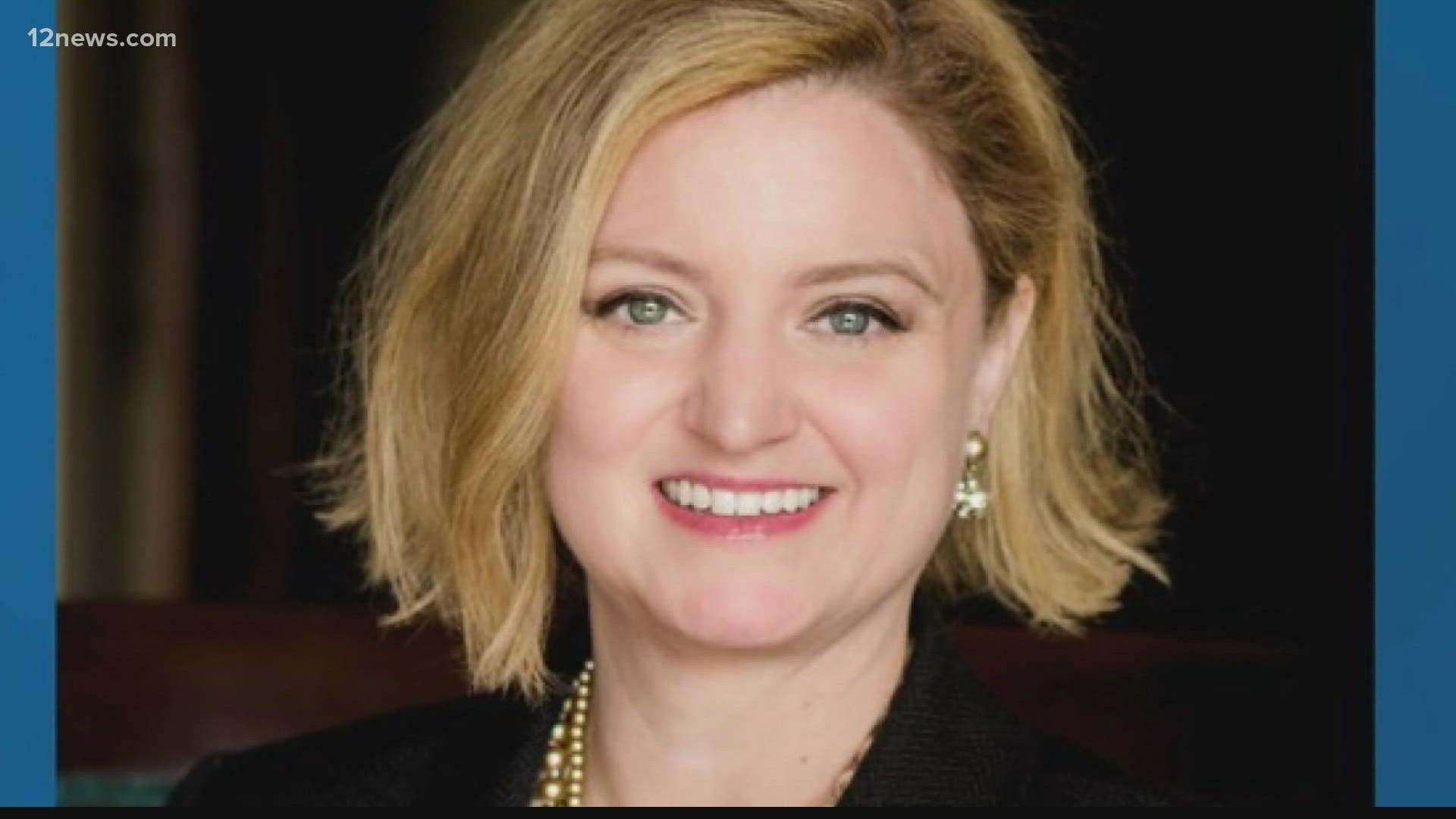 PHOENIX — Maricopa County Attorney Allister Adel is seeking treatment for an eating disorder and alcohol abuse, seven months after she returned to work following two brain surgeries, according to a statement released Friday by her office.

Adel said she would remain in contact with her leadership team as she seeks treatment for anxiety.

“After a very difficult year for me medically, professionally and personally, I have made the decision to seek treatment for anxiety and to address unhealthy coping behaviors including an eating disorder and alcohol use," Adel said.

"This is a very difficult announcement because I, like many others, have tried to address these issues on my own."

Adel, 44, had emergency surgery on Election Night last Nov. 3 for a blood clot in her brain, the result of a fall that occurred nine days earlier.

Adel returned from medical leave in February after recovering from two brain surgeries, the most recent one in January.

In an interview with 12 News after she returned to work, Adel revealed doctors were concerned she might not survive.

"I was sleeping for the first couple of weeks (after surgery). I really wasn't aware of the severity until after the fact," Adel said.

Since returning to work, Adel has dealt with a mushrooming scandal over her office's prosecution of 15 Black Lives Matter protesters as criminal gang members.

The charges were later dropped after media reports revealed that Adel's prosecutors and Phoenix police lacked the evidence to support the accusations.

April Sponsel, the county prosecutor who oversaw the now-dismissed case, has filed a $10 million notice of claim against the county for defamation.

Sponsel contends Adel knew about the case and had no problem with the charges.

Two other top prosecutors with connections to the BLM case have resigned.

Twenty protesters who were arrested during demonstrations last year have filed a $100 million lawsuit against the county and the city of Phoenix in federal court.

The Maricopa County Board of Supervisors appointed Adel, a Republican who was a former county prosecutor, to the county attorney job in the fall of 2019. Adel filled a vacancy created after Bill Montgomery was appointed to the Arizona Supreme Court.

Adel won the election for county attorney last November, in her first run for office. She said she found out she won a week later, after her emergency surgery.

Phoenix police have also been ensnared by the protester scandal.

According to an independent review released last month, Phoenix police had "no credible evidence" to charge the BLM protesters as members of a criminal street gang, and police commanders were aware there was "a lack of merit" to the charges.

As a result of the report, Police Chief Jeri Williams was suspended for one day and three assistant chiefs were demoted; a police sergeant at the center of the report has been placed on administrative leave, pending criminal and administrative investigations.

The city is seeking an outside law enforcement agency to review the case for possible criminal charges.

“After a very difficult year for me medically, professionally and personally, I have made the decision to seek treatment for anxiety and to address unhealthy coping behaviors including an eating disorder and alcohol use. This is a very difficult announcement because I, like many others, have tried to address these issues on my own.

"However, I know that if I am to be successful in my recovery, I must be honest and hold myself accountable. I have a challenging journey ahead to do better and be better for my friends, family, staff, this community and ultimately myself. I hope that you will find it in your hearts to give me the opportunity.

"None of us are born perfect and life comes with unexpected challenges. We all have obstacles we face in life and this is what makes us human. I admit that I am far from perfect. For most, this is a private journey but as an elected official I know I am held to a different standard. At this time, I ask for patience as I seek to better myself for my family, my friends and our community.

"I am in daily contact with my leadership team while seeking treatment to ensure the important business of the Maricopa County Attorney’s Office continues. I am committed to rising to meet this challenge and I thank you for allowing me the grace to do so.”