Coolidge man fakes kidnapping to get out of work, police say

Coolidge officers say a man staged his own kidnapping to get out of work. 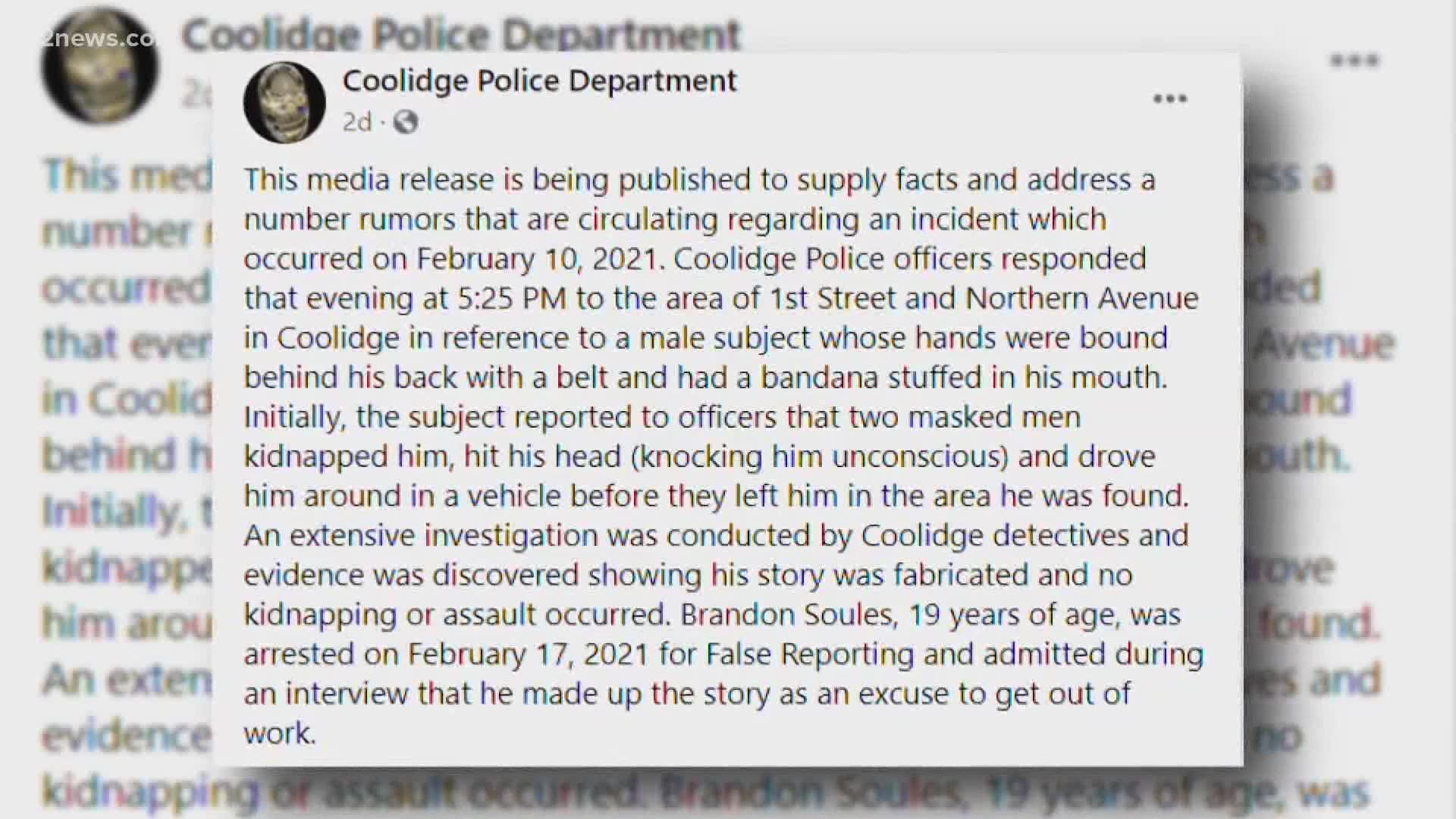 An East Valley man is accused of binding his own hands, gagging himself, and faking his own kidnapping to get out of work.

Police say 19-year-old Brandon Soules, a resident of Coolidge, was found with his hands tied and a bandana in his mouth near 1st and Northern avenues in Coolidge. Officers announced the kidnapping was staged after they say numerous rumors were spreading through the town.

“Everyone goes on a big panic and gets scared,” said Clay Gullians, a resident of Coolidge.

Police say Soules told them two men hit him, put him in a car, then left him near the water tower. Investigators arrested him a week later.

They say they found no evidence of an assault or kidnapping. They say he admitted to making the story up to get out of work.

“It cost tax payers a lot of money to do all this stuff and look for whoever supposedly kidnapped the guy,” said Gullians.

People in Coolidge are glad to know there aren’t any kidnappers on the loose.

“It’s very important to know that because everyone’s gotta be safe I guess,” said Justo Wilcox, a Coolidge resident.

But they still don’t understand why someone would do this.

“If you don’t like what you’re doing quit find another job. You don’t gotta go through all that trouble not to go to work,” said Wrangler Gullians, a Coolidge resident.

Soules has been charged with a misdemeanor for making a false report.  So far, he hasn’t entered a plea.