A Valley teen with special needs will get to ride a bike designed for him once again. 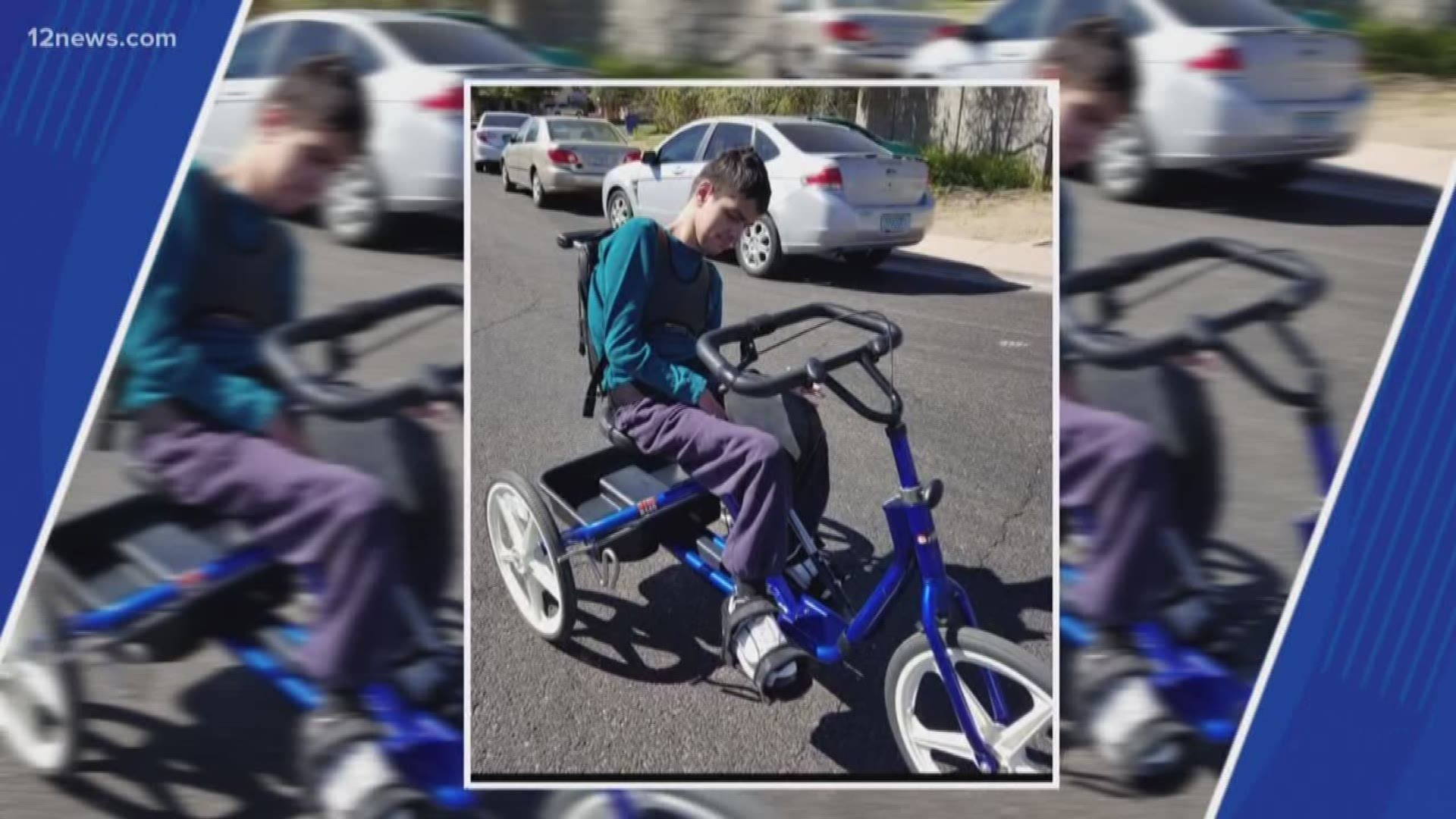 A Valley teen with special needs will get to ride a bike designed for him once again.

Stephanie and Beorn Rankin's son Bubba was born with a genetic disorder which leaves him non-verbal and using a wheelchair. The adaptive bike allowed him to ride alongside his family.

"It's that one time when things aren't all about what can he do or not do or about therapy," Stephanie Rankin said.

"He's being a kid, he's doing something, to see the smile on his face, it gets you," Beorn Rankin said.

But last weekend, the family woke up to find the expensive bike stolen right out of their backyard.

"Who does that? Who comes to take a special needs kid's bike?" Stephanie Rankin said.

RELATED: Adapted bike for teen with special needs stolen from the family’s home

"He noticed they were driving one of our vehicles and he said, 'Is there anything we can do to help them?'" Charlie Treadwell, Chief Marketing Officer with VMI and AMS Vans said.

"I looked over at my CEO, who was sitting right next to me, he said, 'Absolutely, let's get him a new bike!'"

A little bit of research and a short while later, AMS Vans was helping the family get a new bike ordered.

"We went for a brand new one, instead of blue, it's going to be lime green. They picked it out all the adaptions they needed to make it just perfect for Bubba," Treadwell said.

"It's just so exciting that this is even happening," Stephanie Rankin said. "It's just going to be so wonderful that we can get back out there with our rides and our walks."

The bike is expected to be made and delivered in about two weeks. Another company has also offered to get Bubba hooked up with a new helmet and lock for the bike.

If you want to help kids like Bubba get assistive equipment, like a bike, you can donate here.