After seeing a post on social media about a missing boat, one alert officer saw the thief the next day. 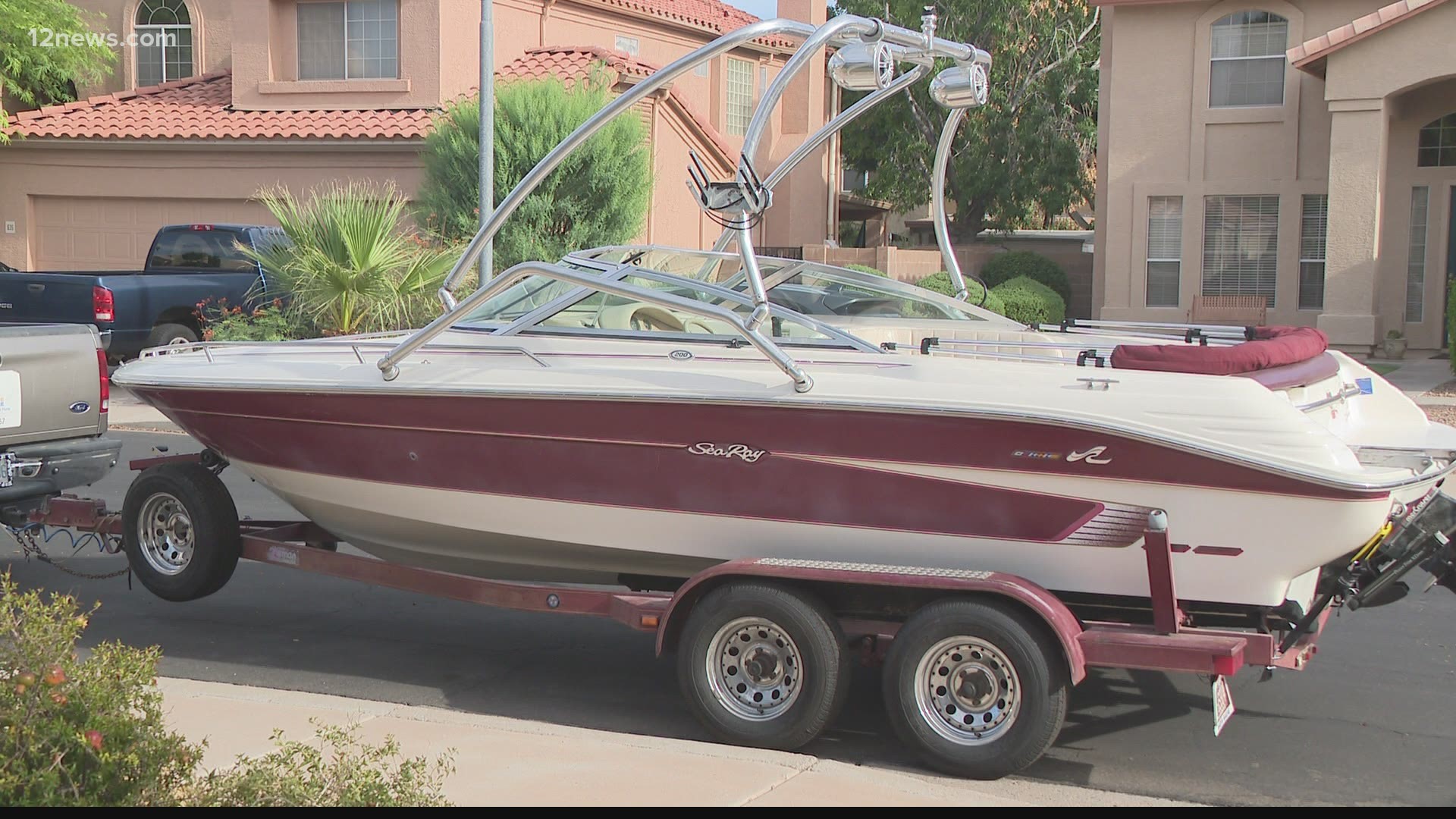 MESA, Ariz. — For the Shoemaker family, a boat was an escape.

Over the last 26 years, the six Shoemakers have gone on their boat, aptly named the 'Six Shoe-maker,' to get away from it all.

However, a thief struck in the dead of Friday night.

“The only thing you can hear in the video is the boat driving away,” Mark Shoemaker said.

The family called the police but also shared their misfortune on social media. The post was shared hundreds of times, making it to the feed of Tempe Police Officer Anna Larson’s feed.

“I was just at my home Saturday evening after my shift just browsing through Facebook and I came across this post,” Larson said. “I looked at it just in case and just in case happened”

The very next day, at the end of her shift, Larson saw the boat coming out of an industrial area.

“There was really no business for a boat to be there,” Larson said.

The man driving would attempt to flee, but eventually, Larson pulled over 27-year-old Brandon Brady. Brady would be booked on a slew of charges.

After arresting Brady, Larson was able to bring back the boat to its rightful owners.

“Officer Larson was a lifesaver. Going above and beyond,“ Shoemaker said.

Brady was booked on theft of means of transportation, theft-possession of stolen property, unlawful flight from law enforcement and knowingly displaying a fictitious plate.