The longtime tailgate spot near Sun Devil Stadium is closing after it was sold to University Realty, an enterprise partner of ASU. 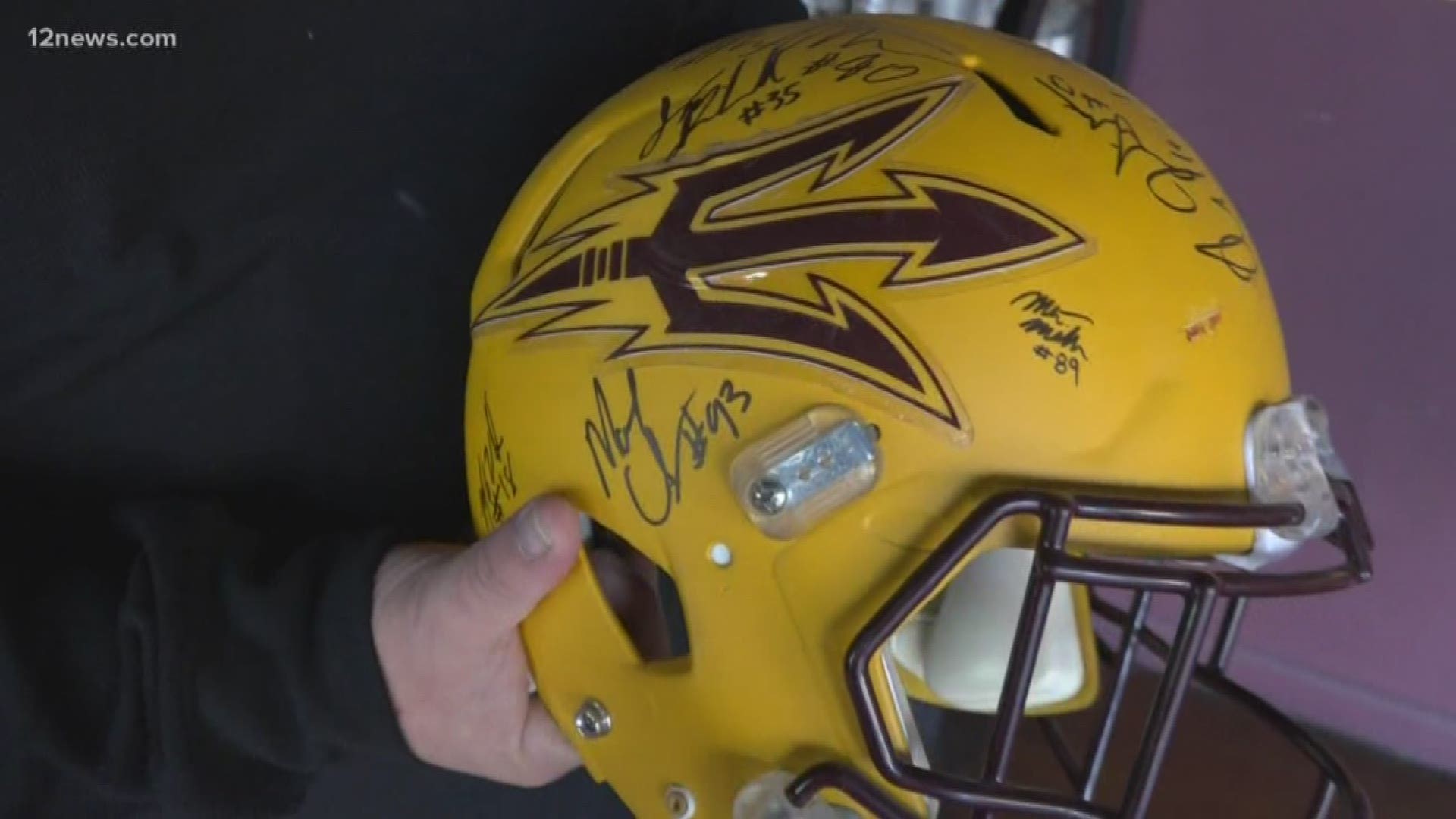 TEMPE, Ariz. — Editor's note: This story has been updated to reflect that University Reality, an ASU enterprise partner, is obtaining the property.

As the Arizona State Football team closes out their regular season, fans that flood Tempe ahead of kickoff are saying goodbye to one campus staple.

College Bar, a longtime tailgate spot, is raising its glass before closing the doors as the building's sale to University Realty LLC, an "enterprise partner" of ASU, becomes final.

12 News spoke to the current landlord, Grady Gammage Jr., who said on the phone that the bar had struggled financially for several months and had been unable to pay rent.

12 News spoke to the College Bar crew and Nick Nicholas, one of the operational partners, about what's next for the popular spot.

"We're going to have one last little time for all of us to be together until we start moving stuff out," he said.

As the sale of the building comes to a close, Nicholas and many patrons reflect on the restaurant best known for its all-you-can-eat wings and get $5 pitchers.

He added it's the end of an era for ASU fans.

"As of right now, looks like the last day that we're going to be able to serve some drinks and world-famous wings is tomorrow," Nicholas said.

He said it's tough to shut the doors on a campus favorite right after football season.

"You'll see 75-year-old guys partying with 23-year-old guys when we beat U of A, and that's what happened here last Saturday. And I don't know too many places where you can see that or get that," he added.

Patrons like ASU senior Riley Waddington are sad to see a staple like College Bar go, but he enjoyed just how close it was to the stadium and arena.

"It's pretty upsetting. I found out yesterday when I was here watching the Seahawks game. It's kind of a very unique piece of ASU football and basketball because of how close it is," Waddington said.

The proximity to the stadium is what drove crowds on game days and the building is being purchased by a branch of ASU, University Realty.

But it's simply unknown what the new plans will be for the space. Until then, the College Bar crew says, "Go Devils!"