'He would light up a whole room just by being there': Classmates pay tribute to boy hit and killed by school bus

Peyton Munger was hit and killed by a school bus as he was heading home Friday afternoon. 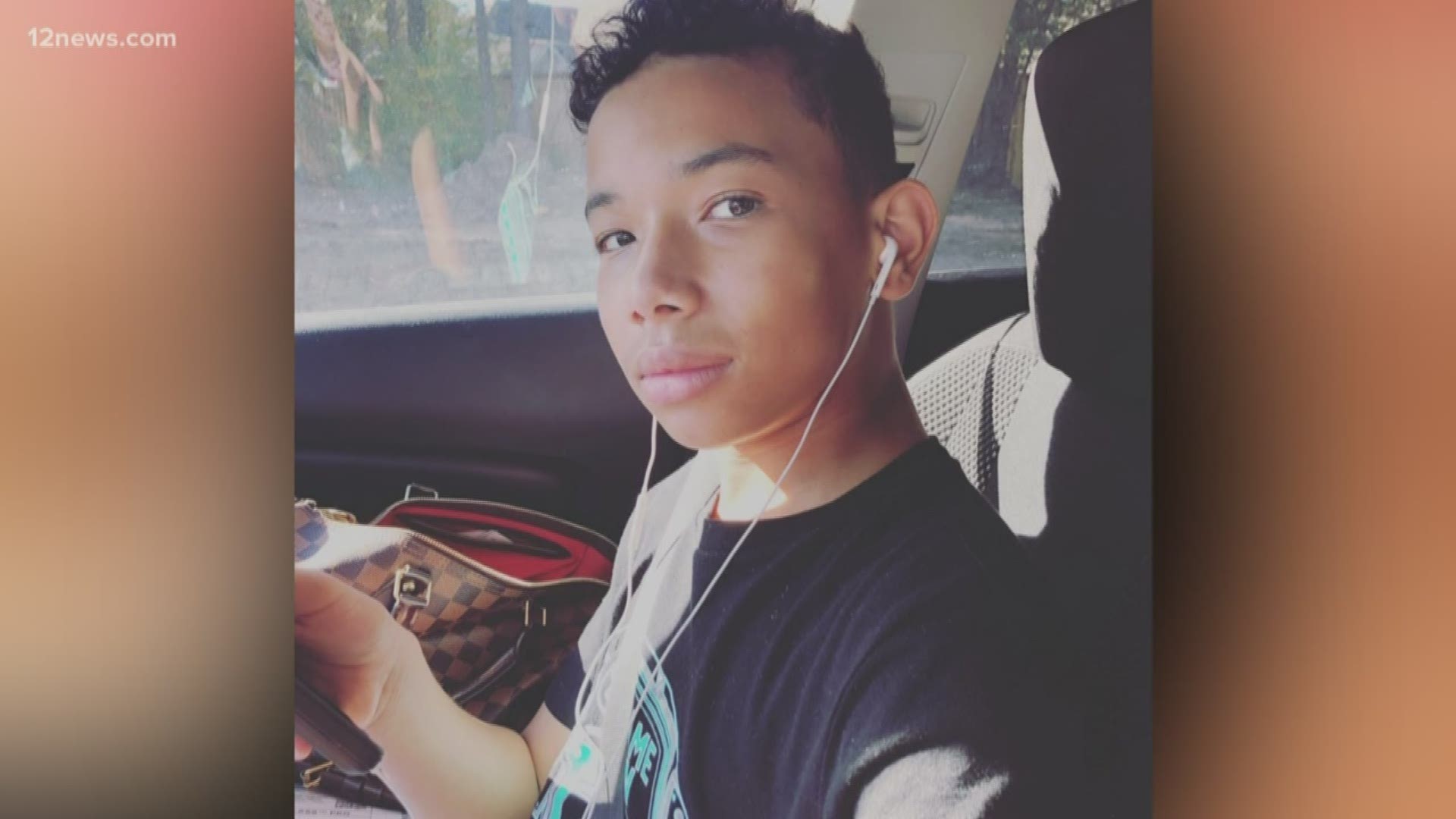 GOODYEAR, Ariz. — Peyton Munger was only 13 years old and new to the school, but he made a huge impact on the students around him.

Monday evening, hundreds of his Western Sky Middle School classmates walked in solidarity to the place where he was killed to pay their respects.

Friday evening, Peyton was hit and killed by a school bus at the intersection of 144th Avenue and Indian School as he was heading home.

PREVIOUSLY: 13-year-old dies after being hit by school bus in Goodyear

"I remember the first day he joined our choir class. Everyone was so happy to have him there, because he could light up a whole room by just being there," said Cameron LaFave.

"[He would] stick up for other people. If someone was getting bullied, he'd protect them, or try to help them. If someone was new, he'd go up to them and try to shelter them and comfort them," said Jayden Pendell.

Peyton's parents told us they recently moved to Arizona, and Peyton had only gone to Western Sky for a few months.

"We can't thank everyone enough for all the love and support. It means the world to know Peyton has made that kind of a difference in such a short amount of time," they said.

If you would like to help the family, you'll find a Gofundme posted here.