A growing housing shortage is prompting city leaders to plan for expansion. 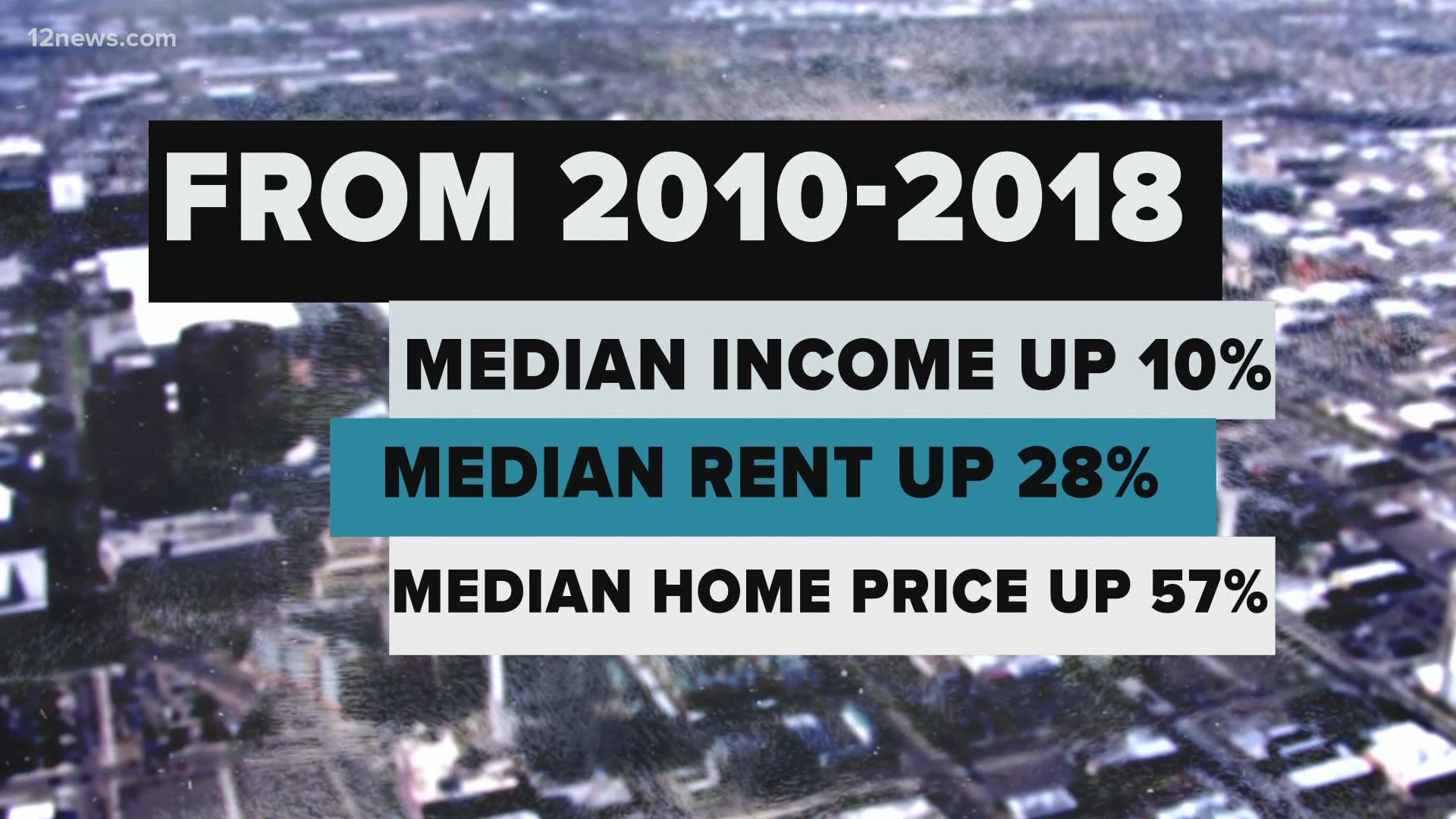 As the city grew, both in economy and population, Mayor Kate Gallego has designed a plan to ensure affordable housing.

"As the fastest growing city in the nation, this initiative works to address our many housing needs and recommends innovative, solution-oriented policies to create a better Phoenix for all," said Gallego in a statement explaining city plans.

The median home price has increased by over 57% prompting the creation of multi-family complexes to combat the growing housing shortage.

“When I talk about a multifamily project,” Housing Director Cindy Stotler said, “I’m talking about an apartment complex. Those are only appropriate...on major transportation corridors, says Bell Road or Camelback Road.”

“I think that people would be surprised to know who’s moving into these more affordable housing options. It’s your teachers; it’s your firefighters; it’s the person that serves you coffee at the restaurant; it’s regular people that we interact with every day," Stotler said.

While officials are looking for city-owned land ripe for development, zoning issues present a potential fight down the line.

In the immediate future though, look for the city to start changing zoning ordinances.

The city believes some of this can be accomplished through private-public partnerships.

RELATED: Hold on evictions for Arizona renters extended to October

RELATED: Does mortgage forbearance and deferment affect your credit?