The City of Phoenix could do away with jaywalking warnings and go straight to citations. 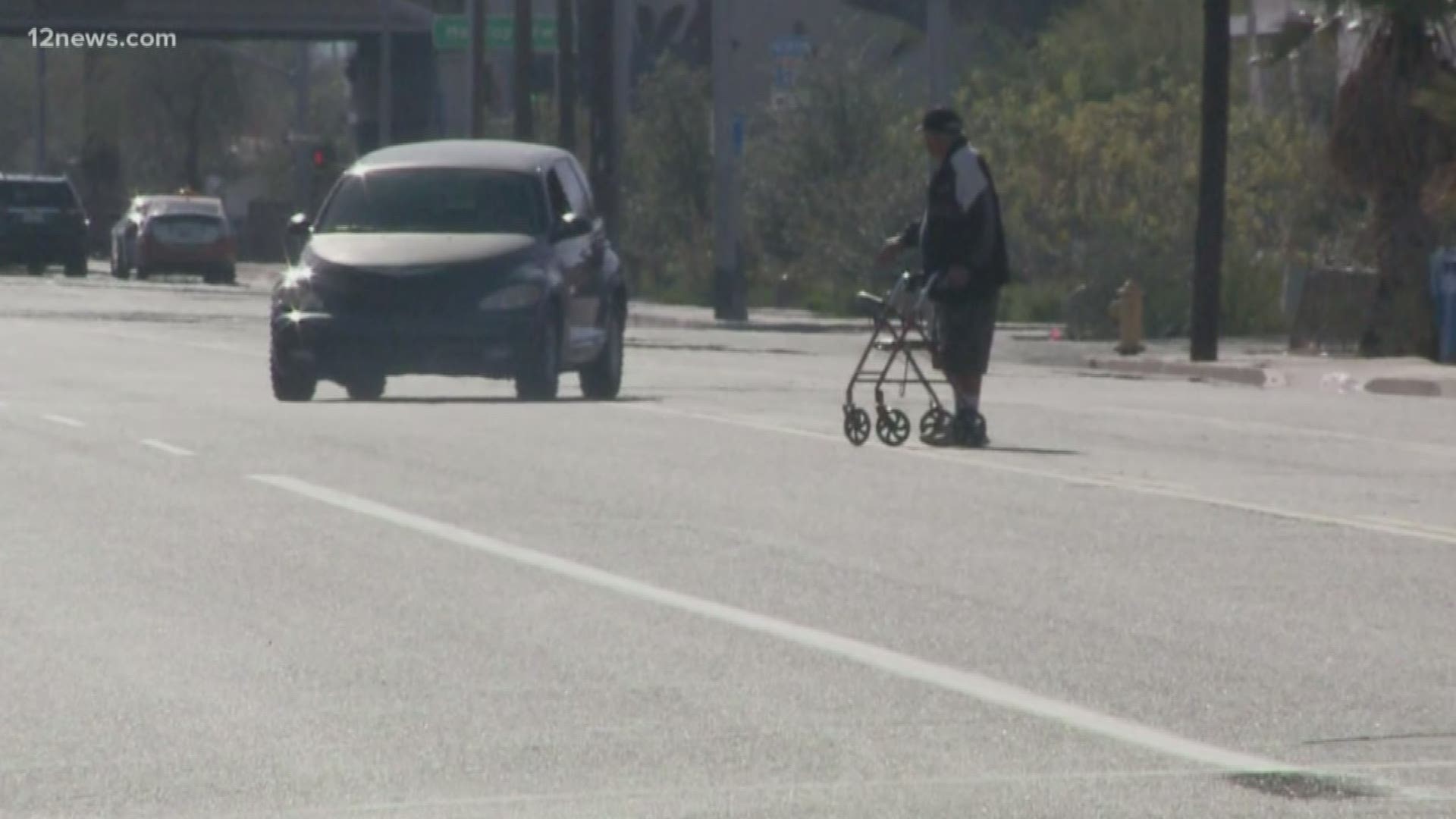 PHOENIX — Jaywalking is a problem across the Valley and now the City of Phoenix wants to make sure jaywalkers are held accountable.

The current city code states that a first jaywalking offense would just result in a warning from police and a second violation could lead to a $250 fine.

But the Public Safety and Justice Subcommittee met on Wednesday morning to discuss a proposal that would get rid of the warning.

This has been a serious issue in the city.

The issue is at top of mind across the Valley right now.

On Tuesday night, Glendale police say a woman was hit and killed while crossing against a traffic light near 63rd and Olive avenues. Authorities say the driver stayed at the scene and was not believed to be impaired.

In Phoenix, the city says there have been fewer than eight jaywalking citations issued each year since 2016. If the warnings go away, that number could go way up.

RELATED: Hundreds of pedestrians have been killed on Arizona streets this year

The subcommittee members voted 2-2 to send the proposal to the full Phoenix City Council without a recommendation.