Cindy McCain: Phoenix is a 'no nonsense community with regards to human trafficking'

"Each of us has a part that we can play, a responsibility to do everything that we can in the fight against human trafficking," Mayor Greg Stanton said. 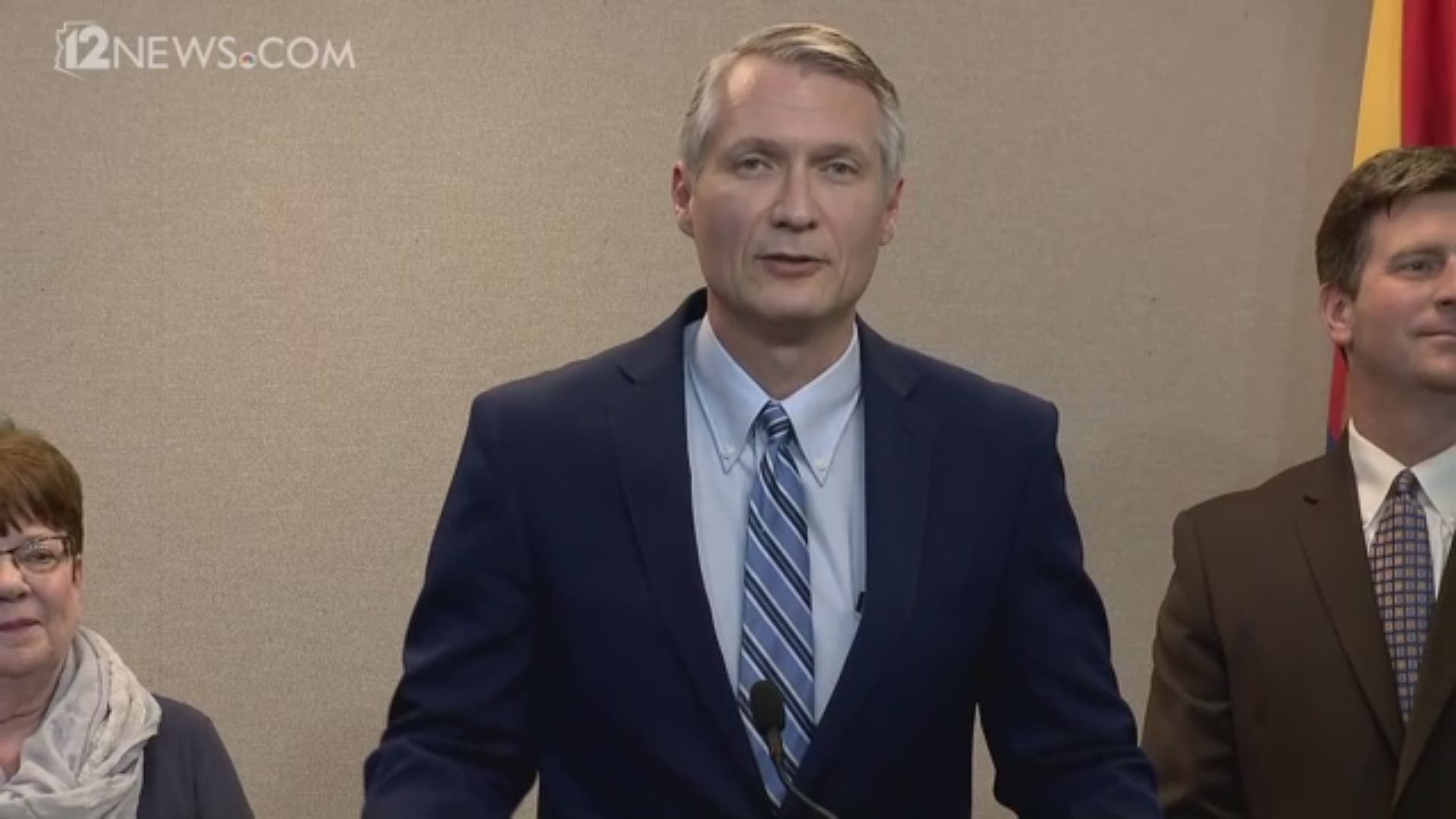 "Each of us has a part that we can play, a responsibility to do everything that we can in the fight against human trafficking," Stanton said.

Stanton said the No. 1 thing residents can do is to stop thinking human trafficking is just a problem elsewhere in the world.

"It's here," he said, "in the United States, in Phoenix, Arizona and in every neighborhood. It touches everyone. Anyone can be a victim of human trafficking. It's not someone else's problem, it's all of our problem and each of us have to be part of the solution."

McCain praised and thanked the city of Phoenix for what it has done in the fight against human trafficking, saying Phoenix has been a "leader on this issue."

"For those of us that travel around the country working on this issue, the city of Phoenix is looked to with great esteem, with great understanding that this is a no-nonsense community with regards to human trafficking," McCain said.

Phoenix Police Chief Jeri Williams also spoke at the news conference, commenting on how and when it's best to talk to children about human trafficking.

"Those are the kind of conversations we should all be having in our communities so it's not just a parental responsibility. It's also the responsibility of the schools, of our faith bases, of our businesses, of any groups you're involved in," she said. "Parents should be aware. Parents should be involved but I think it's going to take all of us to make this effort successful."

The conference aired a PSA featuring Stanton, McCain and Waring.

Anyone who suspects trafficking or needs help is urged to contact the National Hotline at 1-888-373-7888.