In an exclusive interview with Team 12's Joe Dana, two Christian wedding artists discuss their journey of starting a business and suing the City of Phoenix over an anti-discrimination law pertaining to same-sex couples. 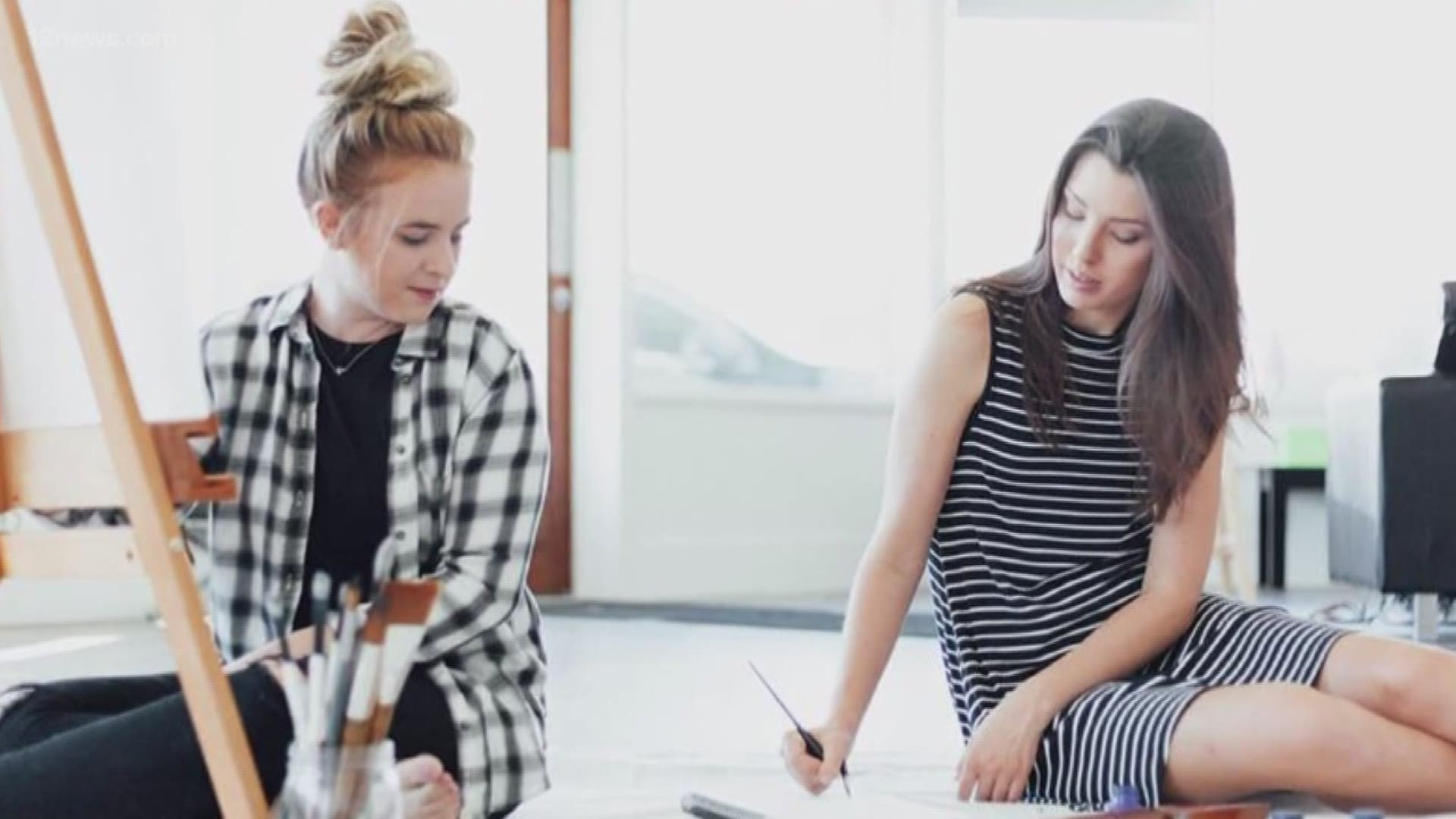 This story has been updated to include statements from a City of Phoenix spokesperson.

When Joanna Duka and Breanna Koski met several years ago at a church group, they became fast friends. Joanna had a passion for calligraphy. Breanna enjoyed watercolor and sketching.

The two artists eventually started a business to create handcrafted wedding invitations and art, a venture that combined their talents and their faith.

“Weddings are something we love to create for because it shows just a beautiful picture of Christ and his church and we just love that,” Koski said.

What they didn’t plan for was being plaintiffs in a high-profile civil liberties case. Their legal battle, Brush & Nib Studio v. City of Phoenix, began in 2016 after they say they realized their religious beliefs clashed with a City of Phoenix anti-discrimination ordinance.

The Phoenix ordinance prohibits discrimination against LGBTQ individuals in housing, employment and public accommodations, including businesses. Business owners that don’t comply could be criminally prosecuted and fined up to $2,500.

Duka and Koski believe the Phoenix law infringes on their freedom of speech. A wedding is a celebration and art is an expression of speech.They should not be forced to use their artistic talents to celebrate gay marriage, they said.

"This is about the right of artists to speak freely through the messages they create," Duka said.

The women filed a preemptive lawsuit against the city in anticipation they would one day be faced with customers who wanted artwork created for a same-sex wedding. Legal advocates for the artists consider the way the law is applied as "forced speech.”

“Phoenix is trying to apply their law to Joanna and Breanna to force them to speak a message that violates their core beliefs, to take their artistic talents to create something celebratory that they cannot,” said Kate Anderson, Senior Counsel for Alliance Defending Freedom, a Scottsdale-based conservative non-profit.

The organization represents Brush & Nib Studio in the lawsuit.

In response, a spokesperson for the City of Phoenix says the city believes the public marketplace should be open to everybody and that the ordinance does not tell businesses what to write, what to think, or what to believe.

Duka and Koski say they’ve also been encouraged by business owners and regular citizens who have reached out to them.

"We've had people from a variety of different backgrounds that don't necessarily agree with our particular faith or belief who say, 'hey, I want to be free to create, and free to be who I am. I support what you are doing’,” Duka said.

They’ve run into opposition as well, most crucially from the judges hearing their case. Last year a three-judge panel at the Arizona Court of Appeals unanimously affirmed a lower court decision upholding the law.  The decision contained an analysis that cited a 60 year-old civil rights case in Phoenix involving race that concluded that "democracy rejects any theory of second-class citizenship" and that "a half century of intolerance is enough."

"Those legal rulings protect all and confirm that everyone should be treated fairly and equally regardless of sexual orientation, race, gender, religion, or disability," said Watters, in reference to the judges' opinions.

Public opposition to the plaintiffs has also come from an alliance of more than 200 Phoenix-area business owners and other activists.

"Treating lesbian, gay, bisexual, and transgender people fairly and serving them equally is important for maximizing productivity and ensuring a thriving economy," said One Community President Angela Hughey in a statement to 12 News. “This case is not about stationery or calligraphy and never has been. This is about fairness and equality.”

When asked if they’ve been approached by a same-sex couple seeking their business since the lawsuit was filed in 2016, Duka and Koski declined to comment.

Their attorney told 12 News it has happened.

“But they have not been able to respond because of the nature of the law. If they even respond to such a request they could be violating the law and go to jail,” Anderson said.

The business owners say in such cases, they would like the option to explain their beliefs and provide recommendations for other similar businesses.

“In order to move forward with our business in a way that doesn’t violate our beliefs, we need clarification on this law,” Koski said.

Looking back, the two say filing the lawsuit in combination with starting a business has been difficult at times.

“But we’ve also seen things that are really encouraging. It’s been an interesting journey,” Koski said.

ADF successfully represented the Colorado baker who refused to create a wedding cake for a gay couple. In a narrow ruling, the U.S. Supreme Court ruled the Colorado City Rights commission mistreated the bake shop owner.

Though some legal experts speculate the U.S. Supreme Court will revisit speech and religious rights pertaining to city anti-discrimination ordinances, Anderson said this particular case is a state issue and likely ends at the Arizona Supreme Court.