"This is killing a generation of our babies." 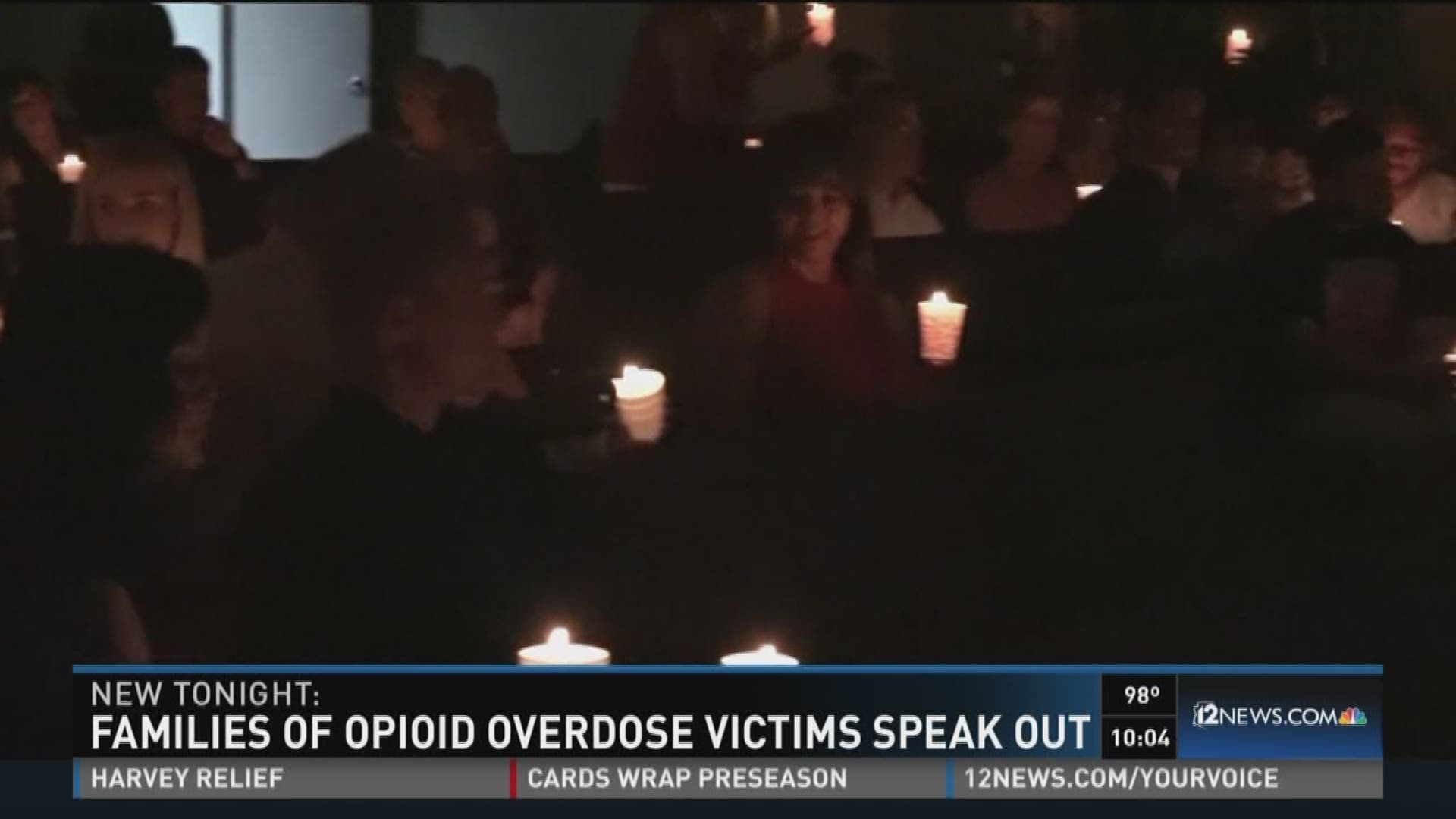 CHANDLER, Ariz. - It was about so much more than mourning at a candlelight vigil at Chandler Presbyterian Church. The main message involves change.

"My daughter, forever 24. Had died from a heroin overdose," Michelle Hamby said in front of a packed congregation.

Few parents know the pain of burying a child, but Hamby is dealing with a double dose of the grim reality.

"Chandler was found dead in his bathroom. There was burnt foil, a straw and lighter on the counter," Hamby said.

Hamby is one of nearly a dozen parents who spoke at the vigil and want everyone to know it is a REAL epidemic.

"This is killing a generation of our babies," Hamby said.

"My son who was a good kid. He learned to be the best liar in the world. And I say that with all the love in my heart, because he lied to get his drug," he said.

So in Adam Melle's name. Using his initials, The "I AM" project is in effect. It's a program that comes with no judgement, just treatment.

"We can't arrest our way out of this," Commander Edward Upshaw of the Chandler Police Department said.

"This is a problem that was caused by over prescription of medication drugs. I won't say doctors or whatever but these people are neighbors, friends, doctors. They're police officers and we need to help these people," Upshaw said.

Starting September 12, and every Tuesday after that, someone will be at Chandler Presbyterian Church to help.

It doesn't matter who you are or what your background is, you are welcome. Someone will be there from 1-5 p.m. to come up with a treatment plan.

The address to Chandler Presbyterian Church is 1900 S. Arrowhead Dr. in Chandler.

"I bargained with God. The bargain was that I would do something," Melle said.

Hamby encourages anyone who thinks they need help to come get it. Just saving one life is worth the effort

"These are not numbers on a page. This is a brain disease," Hamby said.