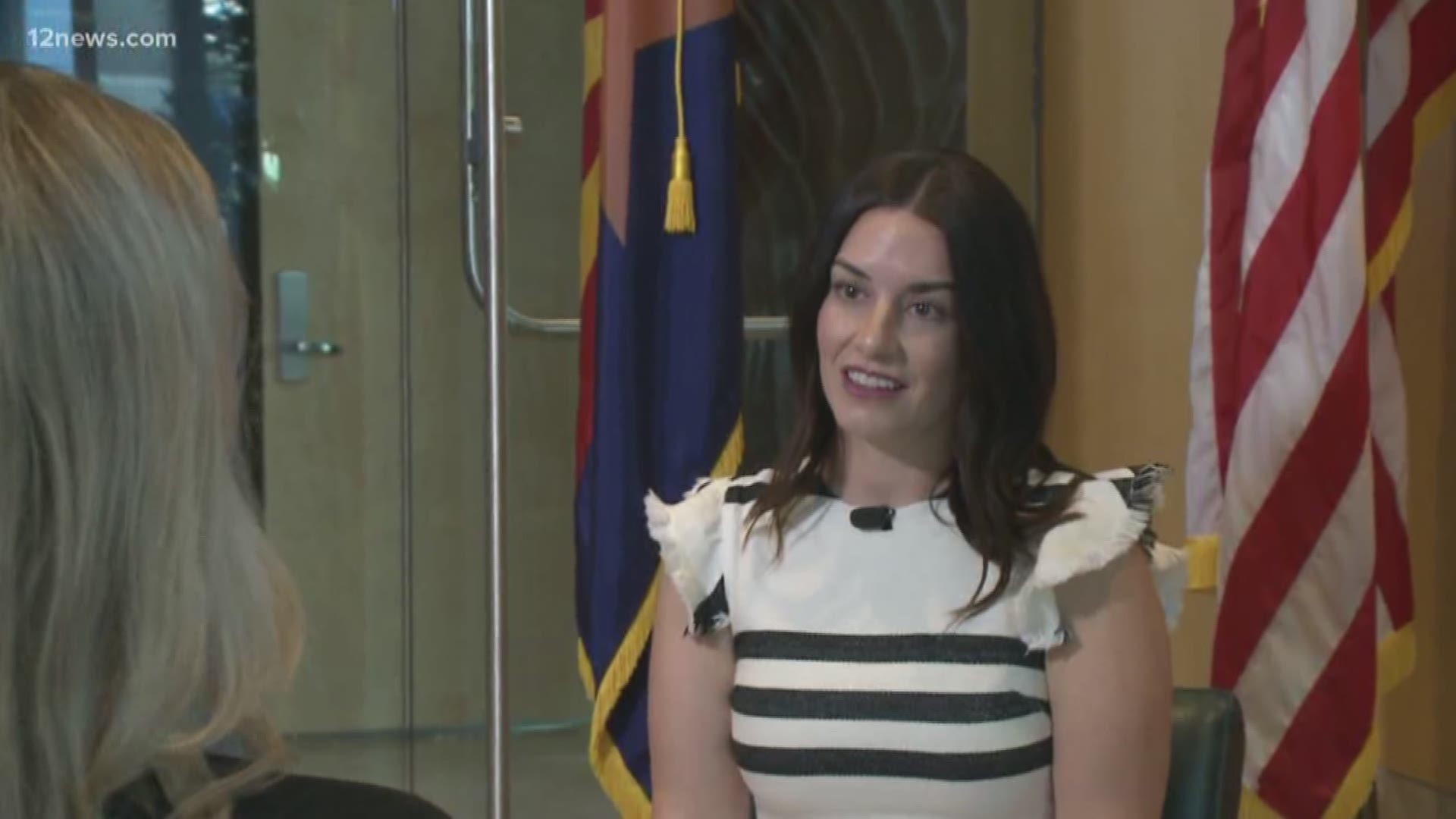 In a one-on-one interview with 12 News, a Chandler mother of two shares her struggles with PTSD after witnessing the Boston Marathon bombing back in 2013.

She's opening up about that horrific day because today is National PTSD Awareness Day.

She wants to offer hope to others trying to cope with PTSD.

If you or anyone you know is struggling with PTSD, check out Breese’s website: www.stillbloomingme.com.

Breese immediately saw smoke and thought it looked like the speakers near the finish line had blown up.

“The way that the bomb concussion came towards us and the sound echoed off the buildings and the way that the people in front of me were kind of like swirling in hysterics,” Breese said. “It was terrible."

Breese remembers the second bomb going off 12 seconds later, watching the devastating scene playing out in front of her alongside her brother-in-law. She felt like she was in a war zone.

Breese wasn’t able to reunite with her husband until a few hours later. Luckily, they were both OK, but three and a half years later, the terror she witnessed came back to haunt her.

She voluntarily hospitalized herself because of PTSD symptoms and being in the hospital environment was very sobering.

“Ignited a fire within me to fight for myself and advocate for my own health,” she said.

Three key things have helped her heal the most: EMDR therapy, acupuncture and natural supplements. She says all of those things combined have helped reduce the symptoms a lot.

Over the past year, Breese and her husband have connected with other terrorist attack survivors all over the world through a program called Strength to Strength. She’s also created a PTSD resource, her website, StillBloomingMe.com, where she shares about her journey.

“It’s an invisible injury really and everybody is carrying something and I don’t think most people would think a mom from Chandler lives with PTSD, but anyone can be living with it really,” Breese said.

This year marked five years since the bombing. Breese and her husband Jeff returned to Boston with their kids for the marathon. This time, nothing kept her husband Jeff from crossing the finish line.

“We want our kids to see us do hard things, set high goals and accomplish hard things, so it was important for all of us to be together,” she said.

If you or anyone you know is struggling with PTSD, you can find support, inspiration and hope through Breese’s website, www.stillbloomingme.com.