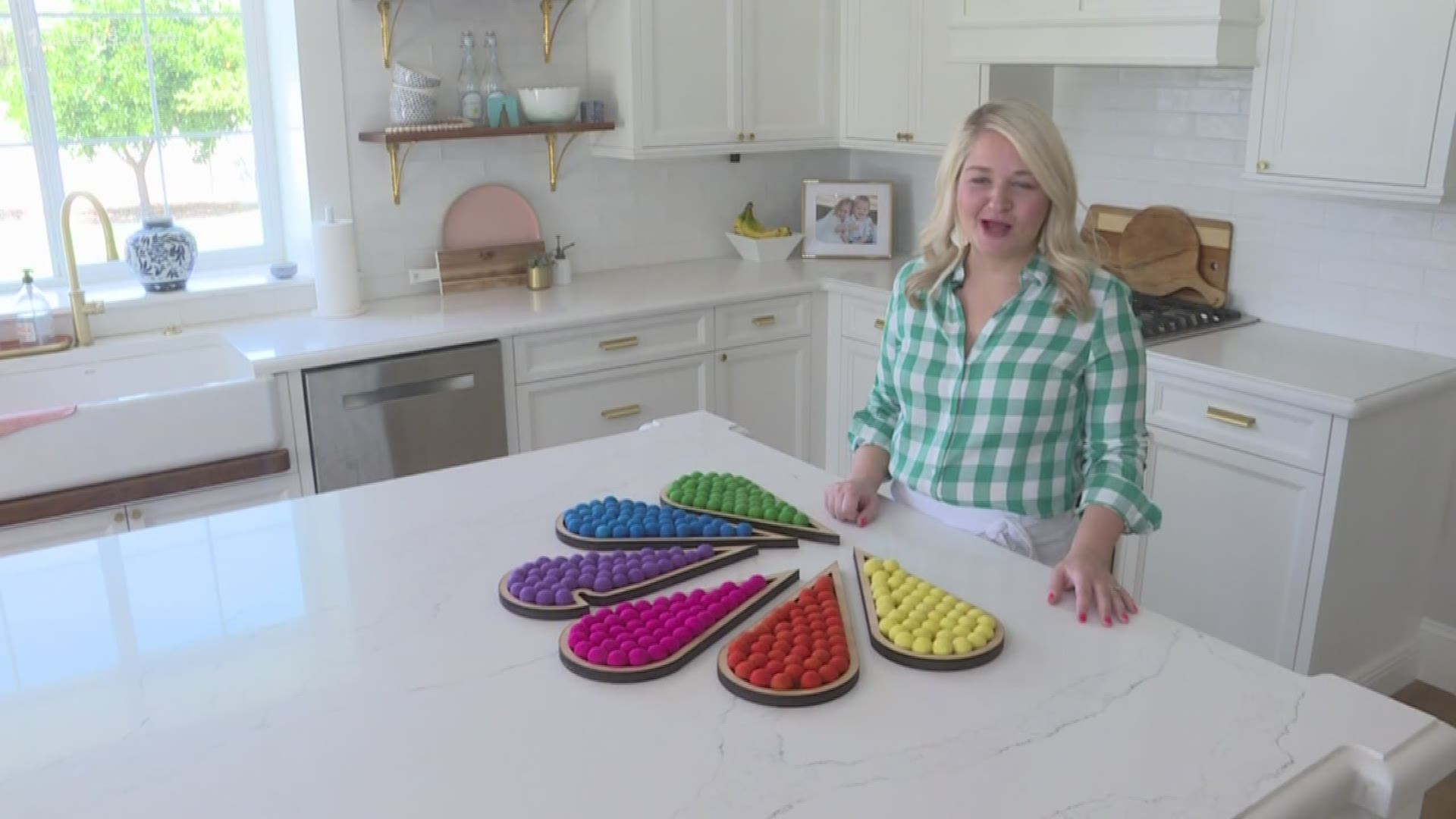 Some of the country’s craftiest and creative people will be featured on NBC’s new reality competition show, "Making It".

Joanna Gick, a mother of two and interior designer from Chandler, is one those featured on the show. She co-owns J and J Design Group. Her projects have been featured in HGTV Magazine, Better Homes & Gardens, People, the Wall Street Journal and Fit Pregnancy.

Gick goes by ‘Jo’ on the show and says "Making It" was a fun competition.

“It's a friendly competition show. Amy and Nick are hilarious,” said Gick.

The competition show debuts on 12 News Tuesday night at 9 p.m. It's hosted by former "Parks and Rec" co-stars Amy Poehler and Nick Offerman.

“When we were working on something, they would come by. They would make fun of something and tease us a little bit. Just hilarious. They're just down-to-Earth nice people. I’m lucky I got to meet them because they’re great people,” said Gick.

Gick says the show gave her a chance to escape the everyday grind and just focus one of her biggest loves: Crafting.

“Crafting has always been a release for me. It's always been something I did when I was having a bad day," Gick said. "I can kind of getting lost in something and have the accomplishment of finishing something. That always felt so good."

Gick can't say how the series plays out but she said "Making It" can appeal to all audiences -- crafty or not.

“The really neat thing about this show is to see the whole process of how something is made. That's what I think is exciting about it,” she said.