Parker Milldebrandt was put into a medically induced coma after he and three other men were severely burnt in an explosion. 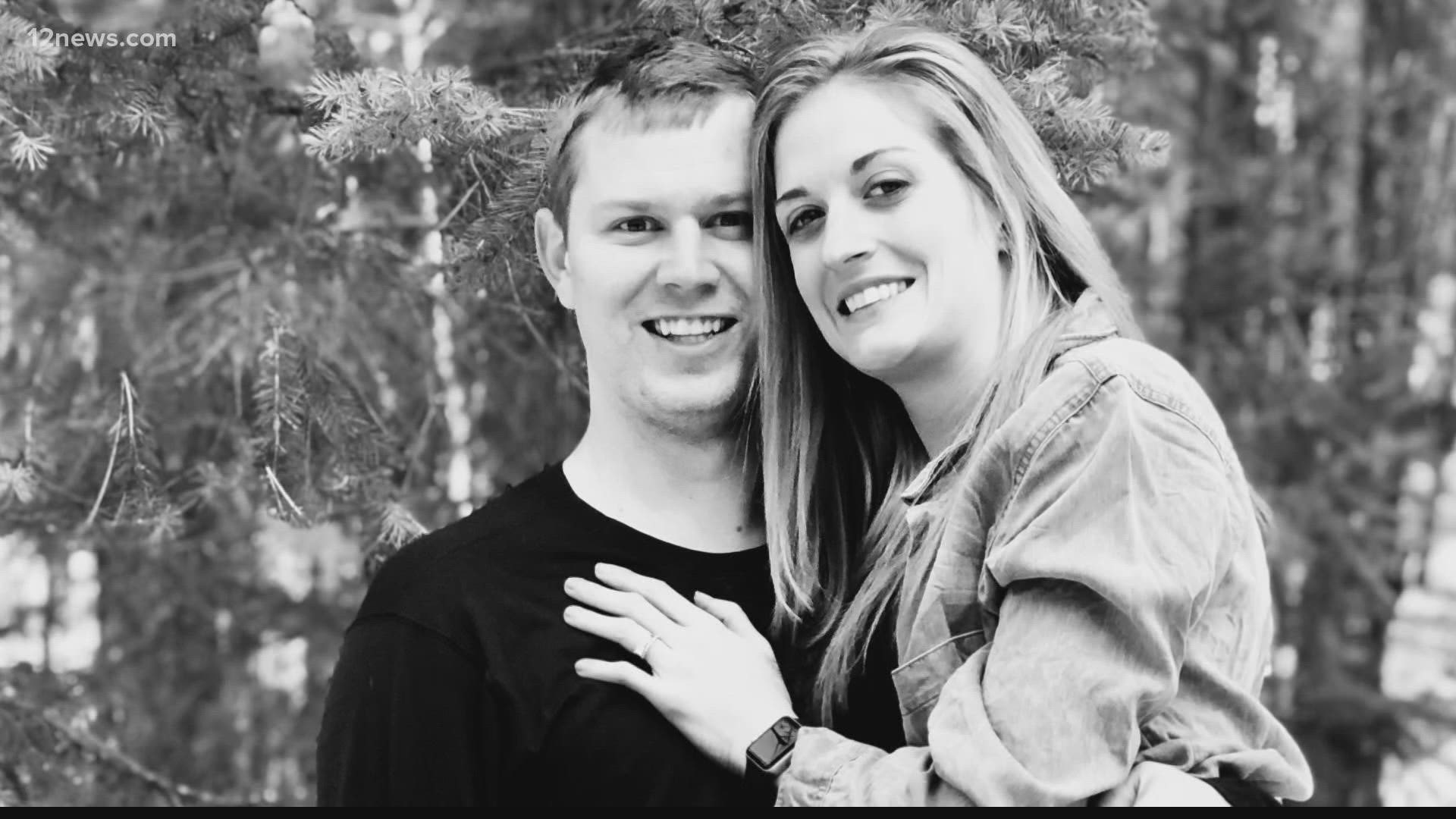 CHANDLER, Ariz. — Thousands of pieces of broken glass linger in the parking lot of a strip mall at the corner of Rural and Ray roads in Chandler after an explosion rocked the area.

“It’s a miracle that they’re out of there,” Teena said.

Around 9:30 a.m. on Aug. 26, Chandler police said a natural gas leak in the Platinum Printing storefront caused an explosion.

“Every time I look at the footage I’m just amazed that anyone walked out of there,” Matt said.

RELATED: 'They'll get through it': Father of two victims in Chandler explosion shares update on injuries

Parker worked at the store with his childhood friends Andrew and Dillon Ryan, who own the shop.

The Milldebrandts said they all knew each other in high school and were close.

Parker Milldebrandt, Andrew and Dillon Ryan, and Glenn Jordan, who worked at another store in the strip mall, all ended up with severe burns from the explosion. They are all still in the hospital being treated.

“He (Parker) said it was a boom in the roof. He got knocked off his chair and the roof blew up,” Matt Milldebrandt said.

The Milldebrandts said Parker is dealing with mostly second-degree burns over 27% of his body.

“Parker called me from the ambulance, and I don’t think he remembers that I asked him. He doesn’t remember that,” Matt Milldebrandt said. “But he said, 'I’m really badly burned but I’m awake. There’s really no need to come to the hospital.'”

Parker Milldebrandt was put into a medically induced coma after he arrived at the hospital, but the Milldebrandts said they were able to see him.

“When the doctor said 'they’re all expected to survive,' we really didn’t know that. And it was really tough,” Teena Milldebrandt said.

However, this week, good days came.

“He called me this morning,” Teena Milldebrandt said. “It was pretty awesome to hear his voice to him after a week of being in a coma.”

The Milldebrandts said Parker’s wife of three and a half years, Sierra, is expecting a baby girl any day now.

“Parker is just he’s very upset that he can’t be with Sierra and see his baby born,” Teena Milldebrandt said. “And we said will do everything we can to journal and document and get them together as soon as possible.”

Right now, the Milldebrandts said Parker is expected to be in the hospital for a couple more months as medical staff works to treat his burns. They’re expecting a long recovery for him ahead.

“He likes a challenge he likes working out,” Matt Milldebrandt said. “He told me a long time ago he’s like, ‘I like the pain, it tells me I’m getting better,’ when he was working out. I know he’ll attack this just like he attacks that.”

In the midst of the week that’s passed, and the weeks and months to come, the Milldebrandts say they’re grateful for their close-knit family, the community, the medical staff and the firefighters.

“Just thank you, we appreciate your support,” Matt Milldebrandt said.

RELATED: Four victims in Chandler explosion begin their long roads to recovery as cause is still under investigation