'Didn't come out of nowhere': Parent says anti-Semitic outburst at Chandler school board meeting part of a pattern

Chandler Unified is one of many districts that have come under fire from parents and outsiders. 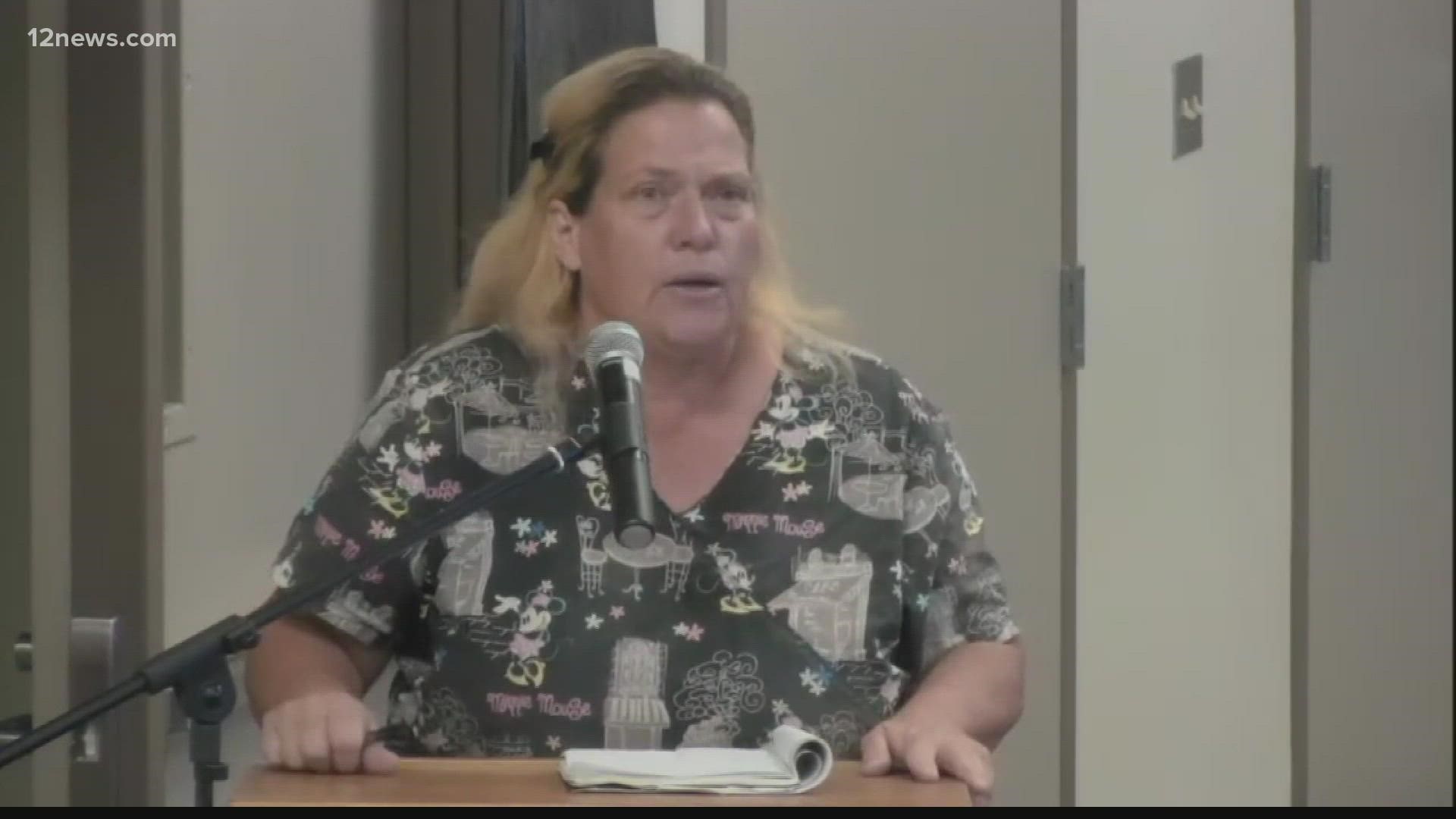 PHOENIX — School boards in Arizona and across the country are coming under fire from angry parents and outsiders.

The latest shocking example is here in the Valley: an anti-Semitic outburst last week at a Chandler Unified Governing Board meeting.

A woman identified as Melanie Rettler, a Queen Creek veterinarian who claimed she was an expert on cloning, stitched together a speech to the board composed of right-wing talking points: "the deep state," "Critical Race Theory," the danger of the COVID-19 vaccines.

She capped the 100-second "citizen comment" with the offensive claim that "the Jews" are profiting off COVID vaccines.

"It's being taken from your money and given to these pharmaceutical companies. And if you want to bring race into this, it's the Jews," Rettler blurted out, then quickly walked away from the lectern.

There was a smattering of applause, and a mild rebuke from board President Barb Mozdzen.

"Your comments really need to be related to what the school board can do something about," Mozdzen said to Rettler.

Rettler isn't a Chandler parent. She couldn't be reached for comment.

Speakers do have a First Amendment right to share their opinions during the public comment portion of School Board meetings.

A parent who closely follows Chandler Unified school board meetings wasn't surprised by the outburst.

"This didn't come out of nowhere," attorney Laura Lawless said in an interview. Lawless' 13-year-old daughter attends a Chandler Unified school, and next fall her 4-year-old son will also enroll in a Chandler school.

"There's been a sentiment bubbling for months and years tolerant of the message of racism and discrimination," Lawless said.

Her son was listening to the board meeting with her, Lawless said.

"He looked at me more with shock and surprise than anything else," she said.

The pandemic has amplified anger at education leaders in the Valley and nationwide - most of that rage coming from the right.

Charlie Kirk, founder and chief executive officer of Scottsdale-based Turning Point USA, is one of the most prominent right-wing activists in the country.

Kirk has shown up during the public speaker session of school board meetings in Chandler and Scottsdale.

In angry, scolding tones, Kirk has pushed the Turning Point agenda - opposition to the teaching of Critical Race Theory in K-12 schools (CRT is an academic concept that experts says is being improperly applied by critics to diversity and inclusion training in schools), and opposition to mask or vaccine mandates.

"I'm disgusted that you are lying to the citizens of this state and the people who pay your salaries," he told the Chandler school board at a June meeting. Kirk is not a district resident.

TP USA has set up a "School Board Watchlist" that flags what it labels "the most radical districts" in the country.

"It's time for millions of Americans to stand up and take back our schools, demanding an end to the radical indoctrination of our children in the classroom," TP USA says.

Lindsay Love, the only African-American on the five-member Chandler board, says the attacks on school boards are organized.

Love, who is a mental health therapist, has already decided she won't run for re-election when her first term ends next year.

"I need to take care of myself and my family at this point," Love said on this weekend's "Sunday Square Off." She cited "death threats, people following me into restaurants and taking pictures of my back and sending them to me."

Interim Chandler School Superintendent Frank Narducci issued this statement about the board meeting:

The Antidefamation League of Arizona urged the district to "publicly demonstrate – in the strongest possible way – their commitment to fighting antisemitism and all forms of hate."

We have contacted CUSD directly and are ready to support them in combating antisemitic rhetoric like this. https://t.co/PsF3LA6DM9

RELATED: 'In an ideal world, we get these children vaccinated before Thanksgiving': Kids can get COVID shots next week, here's what you need to know 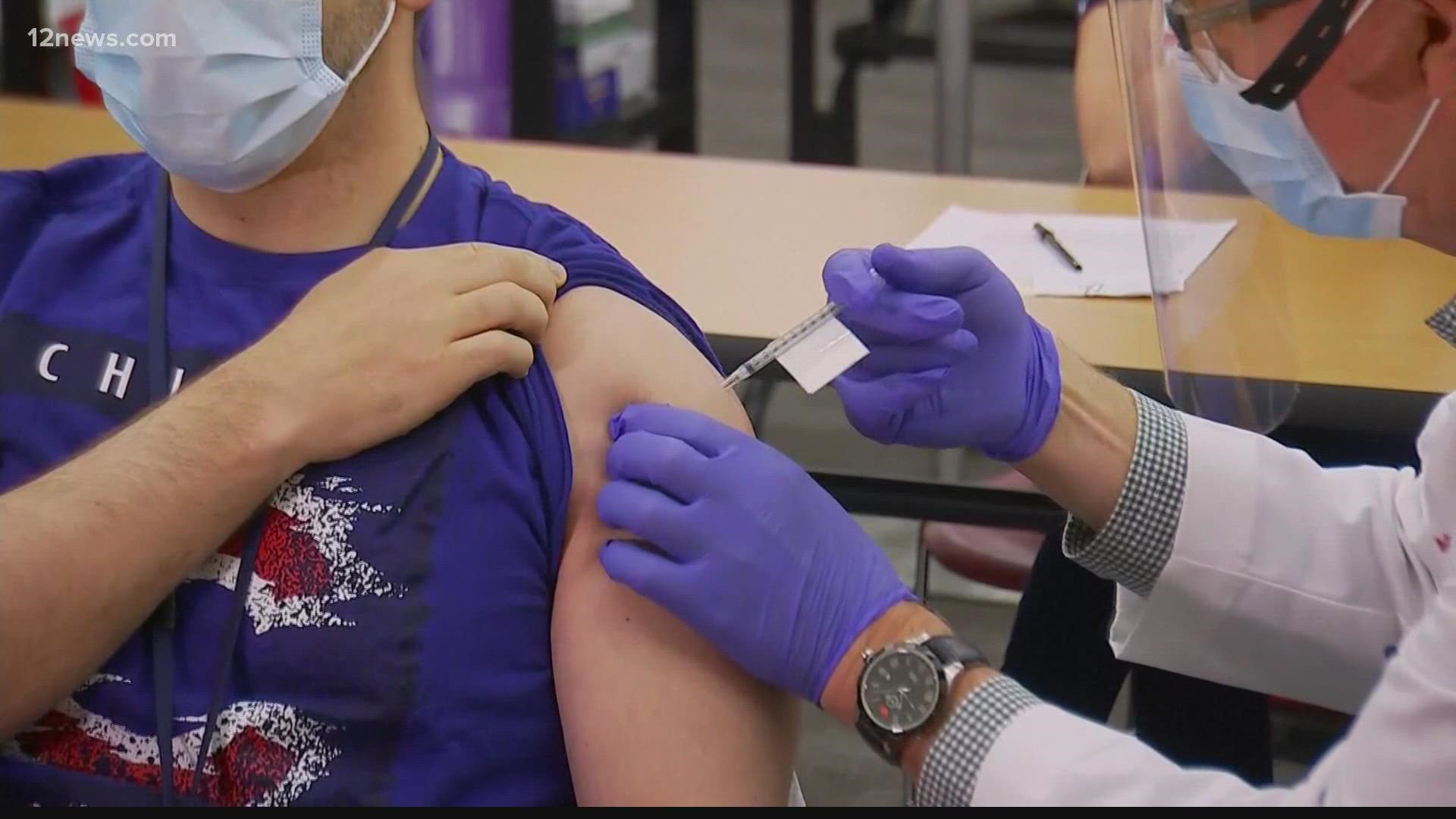