Connie Eskelson's husband was found to have a potentially lethal dose of ethylene glycol in his system. She was convicted of attempted first-degree murder. 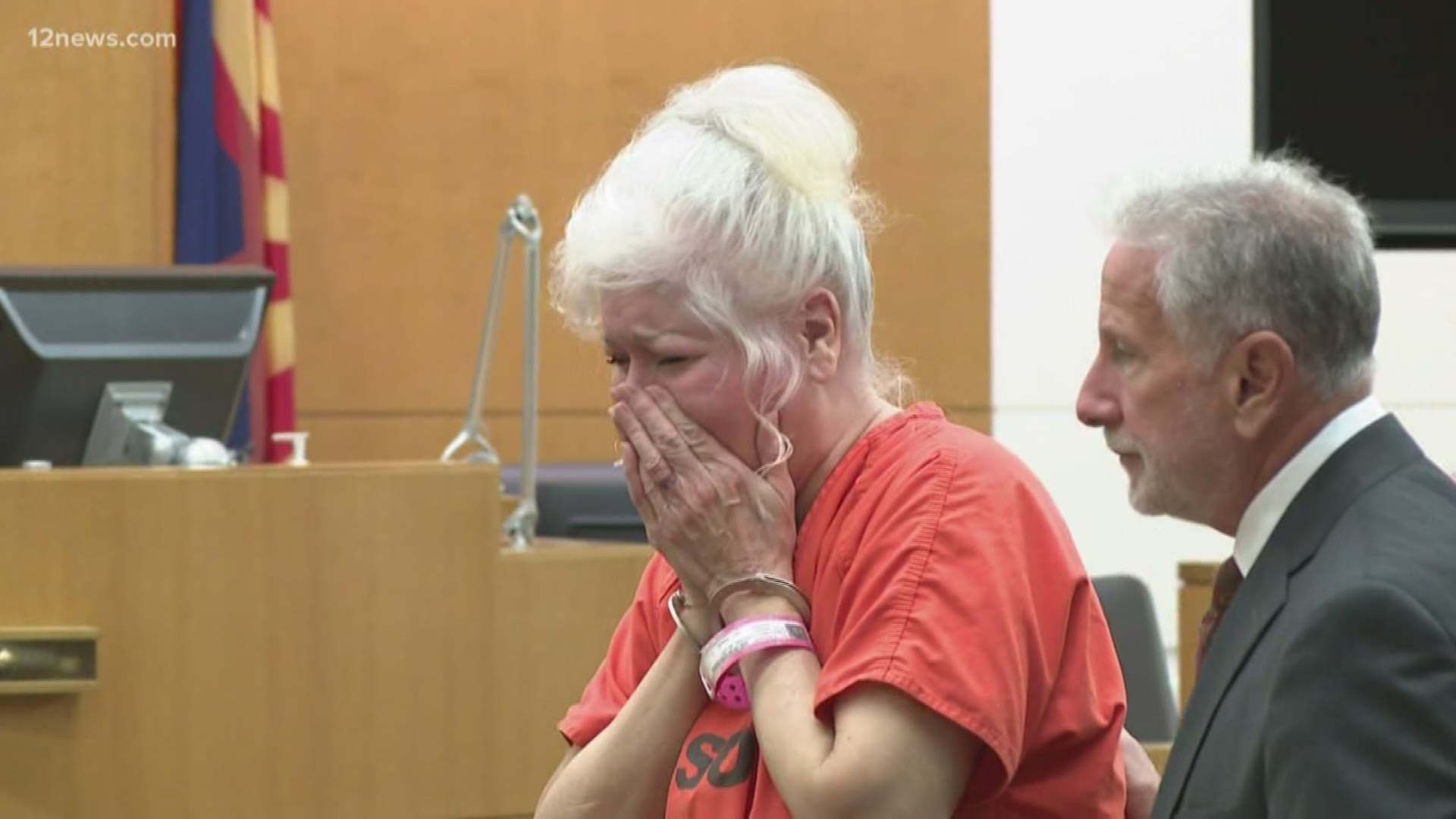 PHOENIX — A Cave Creek woman convicted of attempted first-degree murder for poisoning her husband with antifreeze was sentenced to 21 years in prison on Friday.

Connie Eskelson cried audibly with her head down during the victim impact statements. She was constantly shaking her head. For her part, she said “I have never been evil. She still maintains she did not poison her husband.

“I would never harm anyone. I am not a menace to society," she said. "I am asking you to allow me to take an active part in my family’s lives.”

During the sentencing Friday, Randy Eskelson’s sons detailed his extensive health problems since the poisoning and attribute all of them to the ethylene glycol he ingested for weeks or months. One son also believes that the ethylene glycol wasn’t the first attempt to murder Randy.

Randy Eskelson’s sons say he cannot control his sleep, often falling asleep at dinner or in the middle of a conversation. He also frequently gets sick to his stomach.

In August 2017, Eskelson told authorities she found her husband, Randy Eskelson, unconscious at their home. He was transported to the hospital and tests revealed a potentially lethal dose of ethylene glycol, an active ingredient in antifreeze, in his system.

PREVIOUS: Cave Creek woman convicted of trying to poison her husband with antifreeze

County sheriff's detectives say they tracked down several purchases made by Eskelson for lab-grade ethylene glycol. Randy Eskelson told 12 News his wife was poisoning his Tito’s vodka for weeks before she found him passed out.

Connie Eskelson’s defense at trial was that she added chemicals to her husband's alcohol to cause him to be sick to get him to stop drinking.

The judge said if that was the case she could have easily told first responders exactly what made her husband sick, but she did not volunteer that information.

When his wife was convicted, Randy Eskelson told 12 News it was the "best day of my life.”