Massive mystery compound in Cave Creek is a 60,000-square-foot home

A massive construction project in Cave Creek is apparently one of the largest homes in the state and possibly the country. 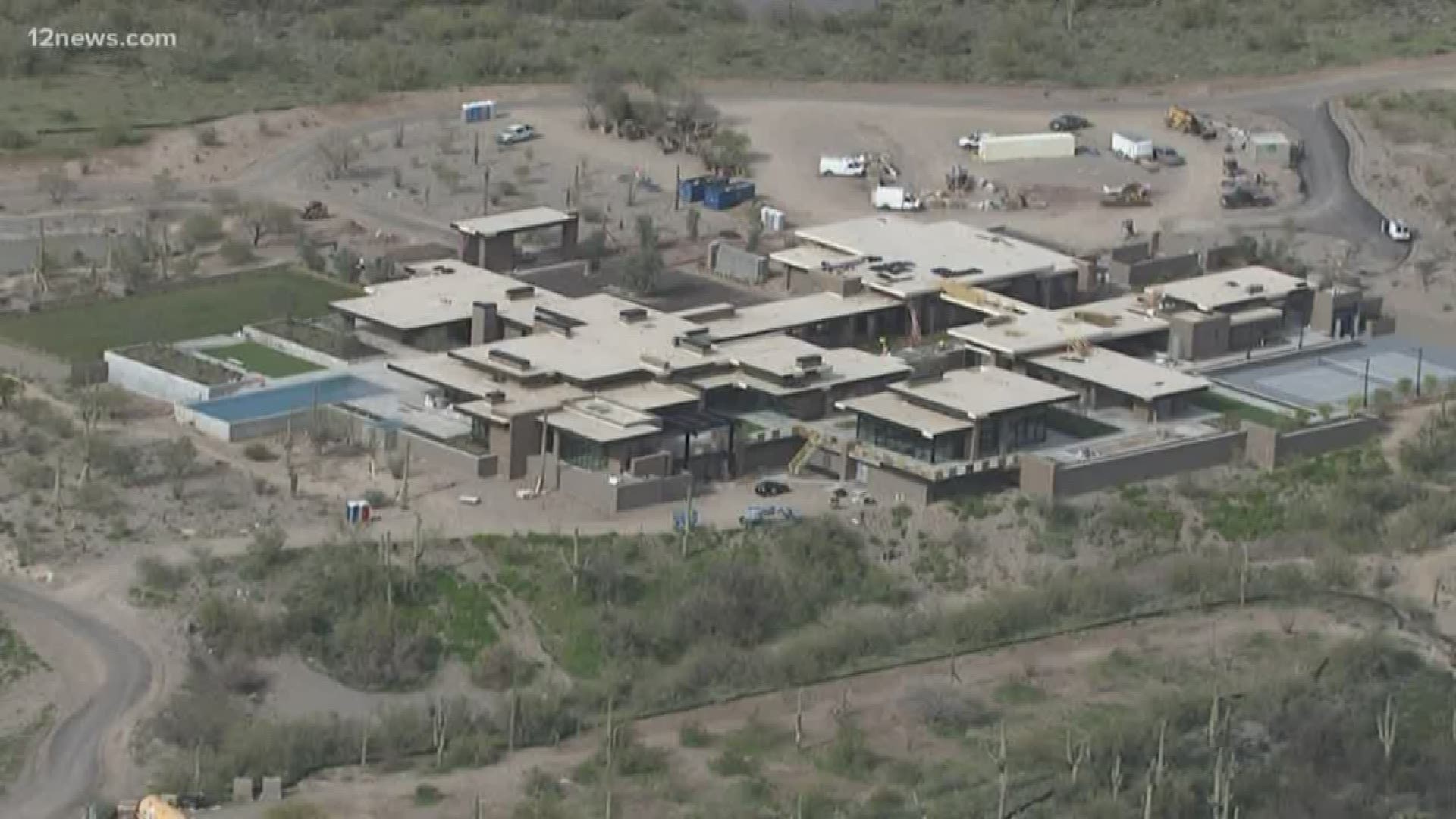 CAVE CREEK, Ariz. — At least one neighbor thought it was a cult compound.

Others apparently thought it might be a car dealership or a huge resort.

But it turns out that a piece of land under construction for more than a year is actually a 60,000-square-foot single-family home.

According to county and town records, the house sits on 200 acres just to the north of Cave Creek proper.

To give you an idea of how big that is, State Farm Stadium in Glendale and all the parking lots around it are only 160 acres.

The land is owned by a Delaware corporation, and Delaware does not require the name of the actual owner of corporations, just a registered agent.

But 12 News found general plans for Blue Sky Preserver, or at least a version of it, that lays out what crews have been building for more than a year.

According to the architect, who posted it on his portfolio, Blue Sky Preserve has a 14,000-square-foot main house, which is actually a renovation of an existing smaller house. It also includes:

The compound also has at least four lakes, which has led neighbors to wonder where the water is coming from and if it will impact their own wells.

We're still looking into the water issue and will let you know what we find.

So who's behind the Delaware company that owns the house? We don't know. But whoever it is could afford to pay $15 million for the original sale price, plus construction costs for the rest of the compound.

• Where to find Frank Lloyd Wright designs in the Phoenix area

• Homelessness is on the rise in the Phoenix area