Cause of large pallet yard fire in Phoenix under investigation

The main body of fire was extinguished Thursday. 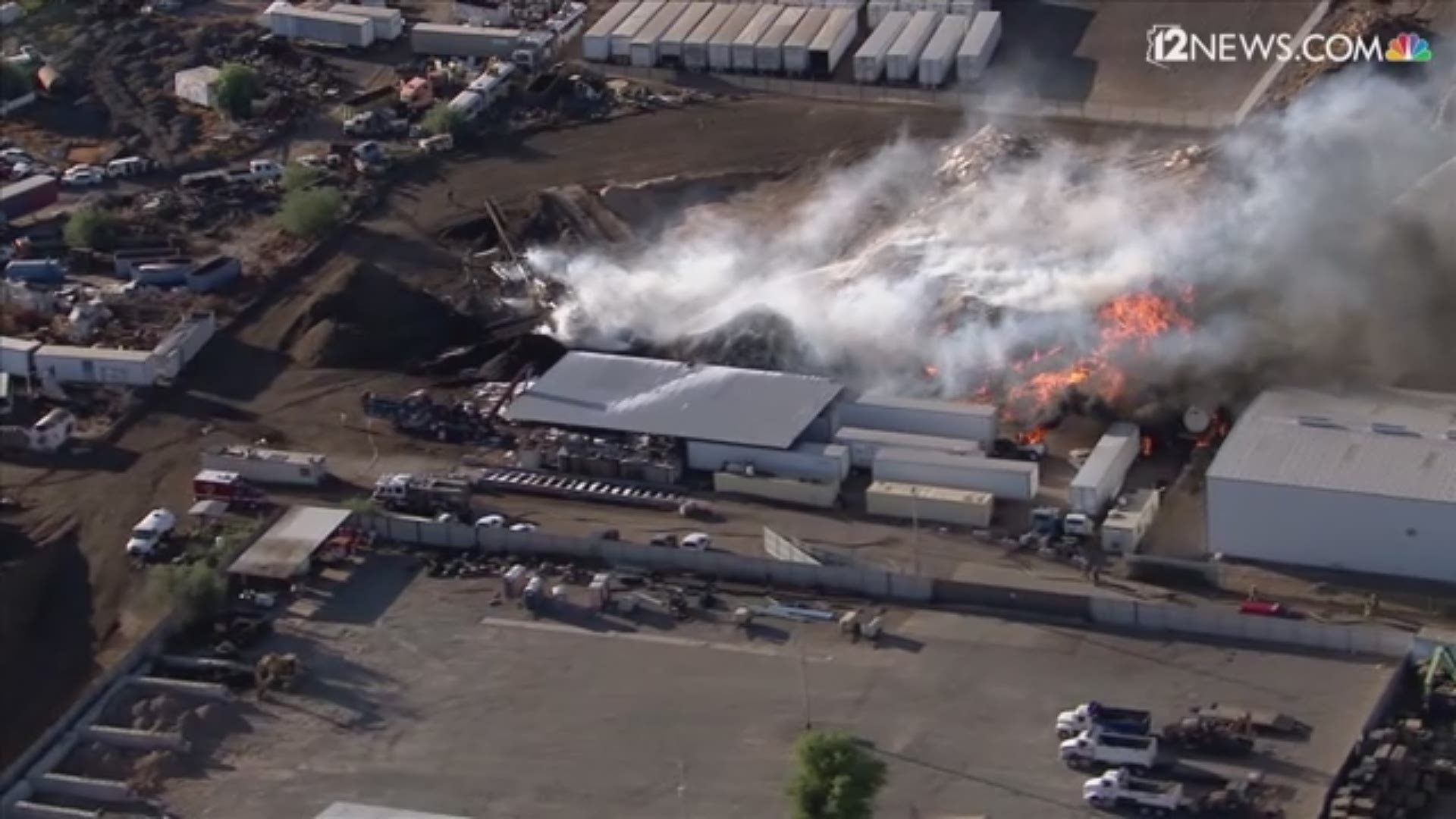 The main fire was knocked down but crews were putting out hot spots Thursday night.

No one was injured in the fire. Firefighters worked in temperatures near 109 degrees.

Thirty-fifth Avenue was closed between Buckeye Road and Broadway Road as crews worked to fight the fire.

According to Phoenix Fire, more than 100 firefighters from multiple jurisdictions responded to the second alarm pallet yard fire, which included dangerous hazardous materials.

Crews protected a 10,000 gallon drum of diesel fuel while simultaneously working to contain the pallet fire.