Caught on door cam: Klansman with swastika on hood

Phoenix police are investigating video of a person wearing a KKK hood outside an Anthem home's front door. 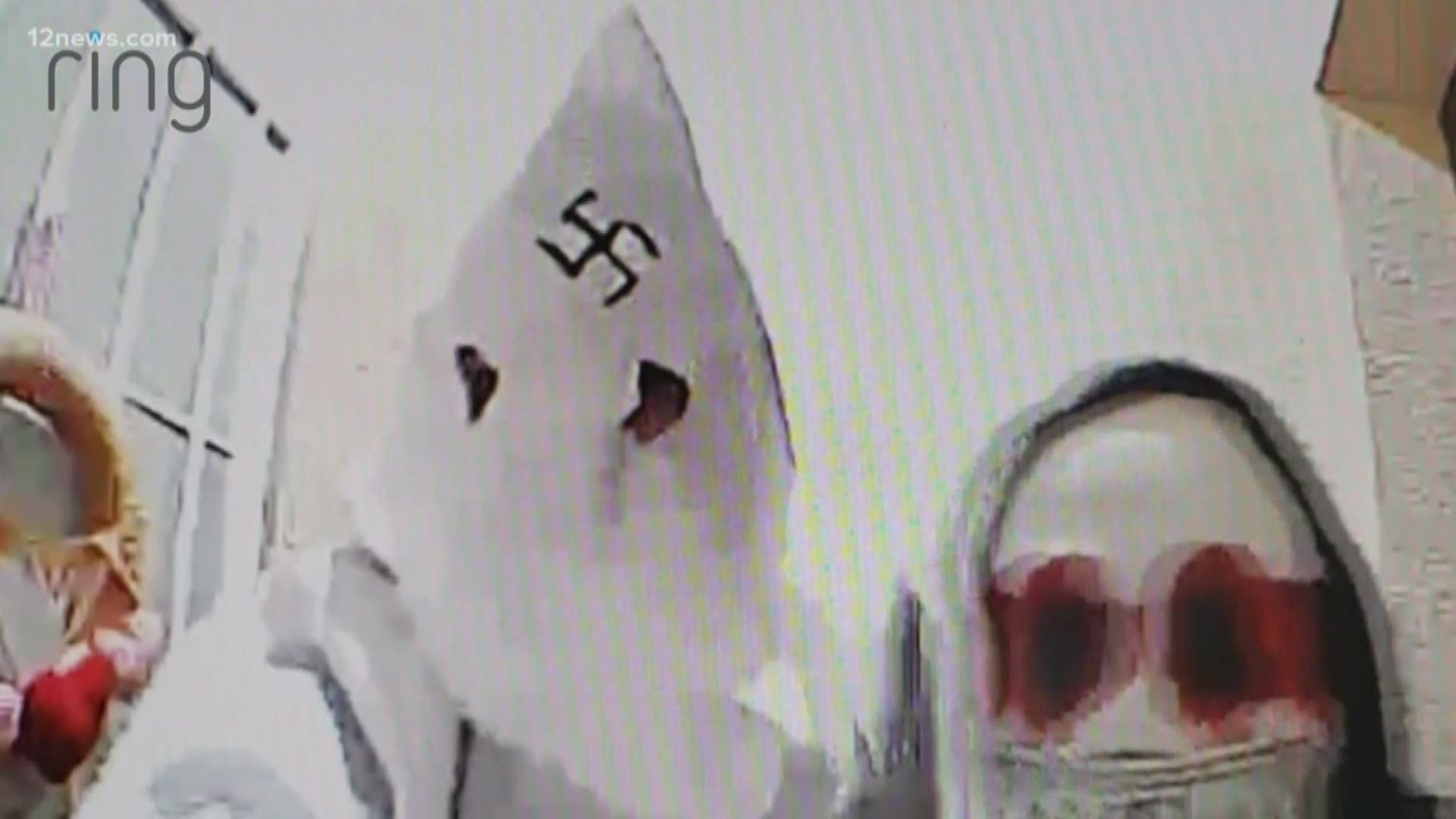 PHOENIX - They were horrifying symbols of hate standing right outside the front door.

“The fact that a swastika was used on a Klan outfit makes it even more shocking,” said Carlos Galindo-Elvira, Arizona regional director of Anti-Defamation League.

The Klansman's partner appears to be blending a character from the violent “Purge” movies with a member of the rap-rock band Hollywood Undead.

The duo took off after ringing the doorbell.

Now Phoenix police are looking for them in a possible hate-crime investigation.

“Phoenix Police Bias Unit detectives are looking into the situation,” spokesman Sgt. Vince Lewis said in an email. “The garb and symbols depicted in the video are clear historic symbols of hate."

The Anthem homeowner declined to go on camera. But 12 News has confirmed he is a white male.

Anthem is a massive master-planned community in the desert foothills of north Phoenix.

Hate crimes in Arizona have spiked in recent years, according to the ADL.

“There may be in the air this idea that it's OK to conduct yourself in this manner,” Galindo-Elvira said.