Caught on Camera: Vandals wrecking Halloween decorations across the Valley

12 News has connected with 18 homes across the Valley that have experienced vandalism to Halloween decorations. Police have not officially connected the incidents. 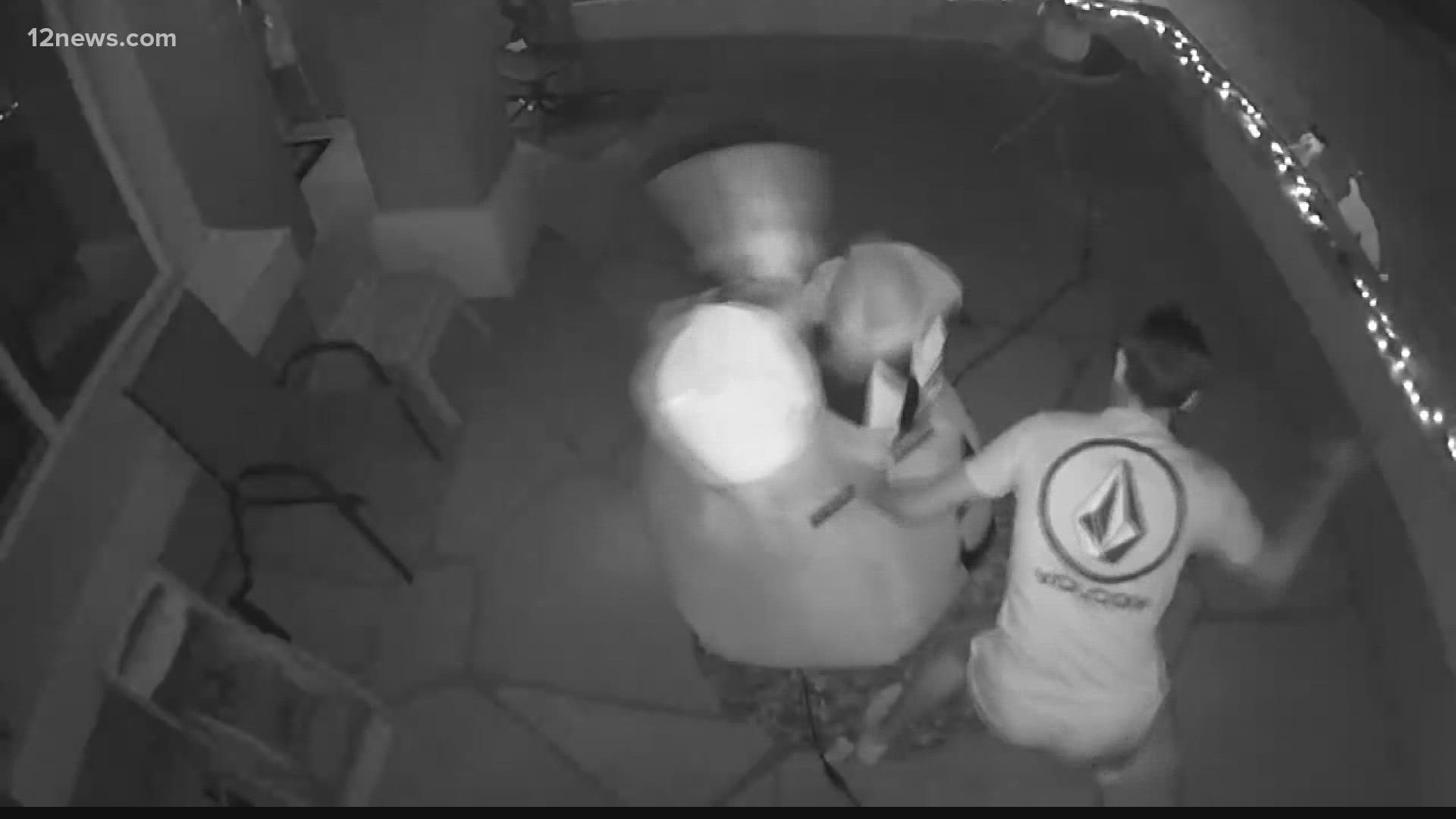 PHOENIX — Vandals have been destroying Halloween decorations across the Northwest Valley since the start of the month. Some of the acts were caught on home security cameras.

The first reported incident happened on Oct. 1 near 107th Avenue and Deer Valley Road in Peoria.

Home surveillance video provided by the homeowner shows a light-colored truck pulling up to the homes’ intersection, two suspects run out of the passenger side and run towards the home’s decorations. One of the vandals takes a piece of decoration, while the other yanks out and tosses a human figure to the ground.

A second video shows the pair coming back to the home. One of them steps into the yard and takes an item, while the other throws something towards the home.

“It’s just disheartening that kids have do that for entertainment,” said Rich McClellan, a Glendale resident whose home was vandalized. “They don’t know what it costs, they don’t know the time and effort we’ve put into it.”

Halloween is a special occasion for McClellan and his family, who have been putting together a community haunted house for the past three years.

Since Labor Day, the family has been building and setting up props in their front yard in preparation for the event. On Oct. 2, they displayed four clown masks they had acquired, but that night they were stolen by two vandals.

Color surveillance video from McClellan neighbor’s house shows a white car pulling up to their Glendale home near 43rd Avenue and Happy Valley Road around 10 p.m. The driver and passenger exit the car and head towards the decorations.

The driver hits the ticket booth McClellan said took months to build. The passenger runs for the clown masks and takes two. The driver grabs the rest of the masks and heads to the car before speeding off.

“We found one of [the masks] in the street and we found the other one at someone else’s house that got vandalized,” McClellan said. “For them to come do that it’s just heartbreaking because we spent so much time putting together, to wake up and find it just gone.”

12 News has connected with 18 residents who said their homes were vandalized since the start of the month in North Phoenix, Glendale, and Peoria.

All the home surveillance videos provided by homeowners appear to show young adults, or only one in some cases, running out of their vehicle and destroying Halloween decorations.

“It’s not innocent teen pranks, thIS is a very violent crime,” said Lindsey Watson whose inflatables were slashed on Oct. 15 in Phoenix near 55th Avenue and Stetson Valley Parkway.

One of her inflatables was dragged to the street and destroyed, while her giant Beetlejuice Sand Worn was stabbed multiple times. She duct-taped it to make it work again.

“What if they knocked on the wrong door and somebody saw them and [since] they are protecting their property [they] fire at them? That’s scary,” said Kristen Meyers.

Meyers' home security cameras caught a suspect that ran out of the passenger side of a truck. The vandal went straight to her inflatables, stabbed both of them and ran back to the vehicle. The truck then sped off, followed by another car.

Homeowners have filed police reports in multiple cities, but authorities have not officially connected the incidents and so far have only said they are looking into the matter.

“If it’s your kids, friends or something, I really hope they do the right thing and speak up,” said Watson.

Despite the evil acts and two clown masks stills missing, the McClellan’s haunted house is scheduled to open Friday.

“It’s disheartening to see this happen and I don’t think the children or the kids that are driving around doing that understand the amount of money that they are costing people,” McClellan said.

If you have any information regarding these cases you’re asked to contact the police.

Watch surveillance videos of the crimes below. 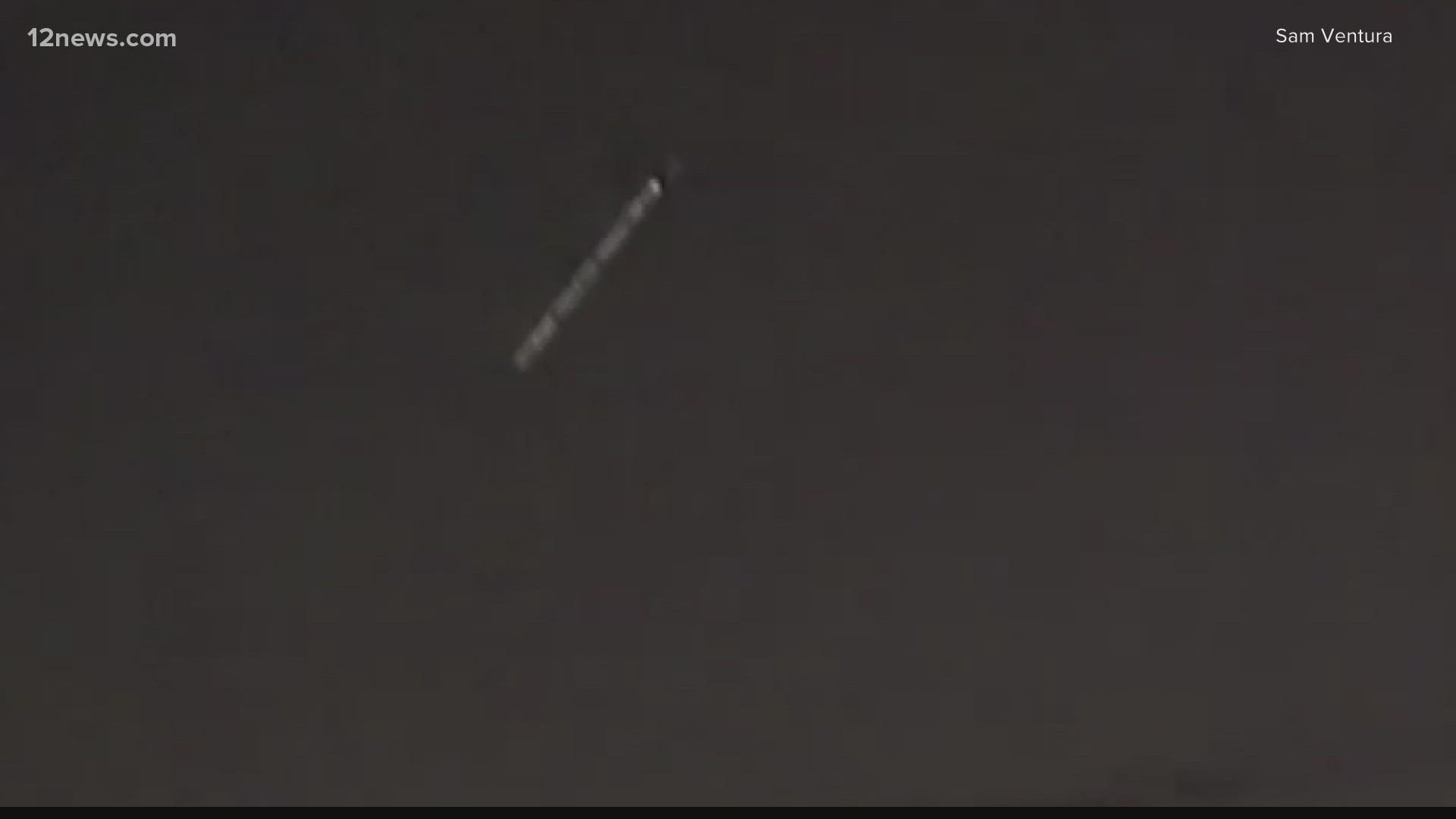