'It made it too real that we couldn't be here tomorrow': Couple nearly hit by red-light runner, then a miracle happened​

The Valley family seen in the now-viral video, just inches away from certain death, comes back to the scene where they almost lost their lives. ​ 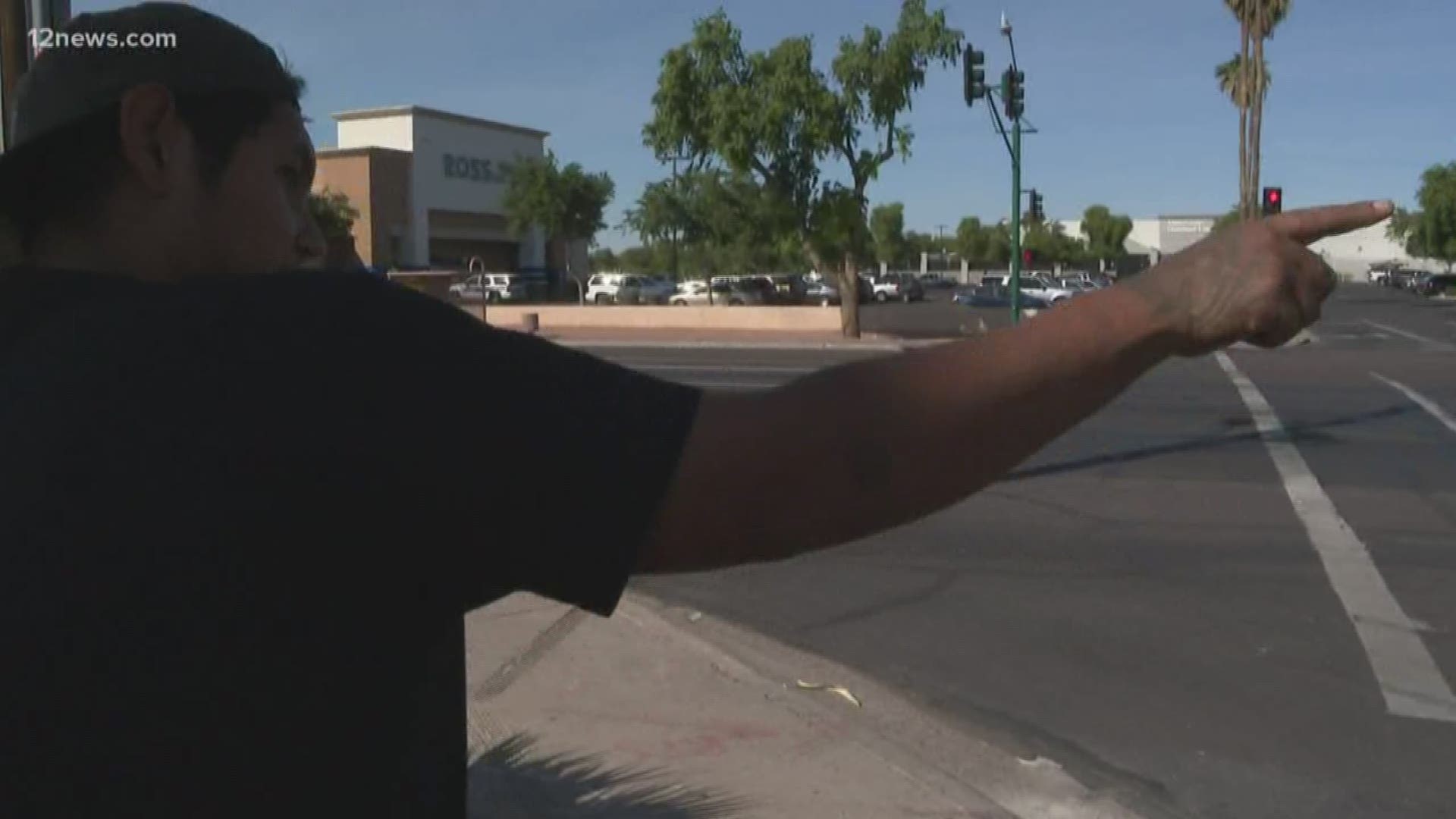 PHOENIX — "It was loud, so loud," recalled Gabrielle Burns as she stood just feet from the Valley intersection where she and her family came within just inches of their lives.

The last time Ulysses Betancourt and his pregnant wife, Gabrielle Burns, stood at the intersection of 53rd Avenue and Indian School was just over a week ago.

Ulysses had just come home from work, and the family decided to go to Walmart to get some groceries.

But right as they step onto the crosswalk, they heard a sudden screech.

"I turn to my left and I see the Jeep heading straight for us," said Ulysses. "I was just like, 'We're gonna get hit.' The second thought in my mind was just get my family out of the way."

Red light cameras were rolling as a Jeep runs a red light and heads straight for the family.

RELATED: An intervening car saved the lives of 2 people nearly hit by a red-light runner in Phoenix. It was all caught on video.

But then a miracle happens, a Chevy with a green light, crashes into the red-light runner, deflecting the crash, and saving the family.

Shannon Vivar was behind the wheel of the Chevy. She was in the car with her mom and her small son.

"The Jeep could have hit that family, but it hit us," her mom said. "It's a blessing. It's a wrong time at the wrong place, but also right time at the right place."

Burns and Betancourt say they still can't believe how close they came to death.

"It made it too real that we couldn't be here tomorrow," said Burns.

"You hear every day you could be gone at any second, but actually being so close to being gone, you stop and think about what's really important," said Betancourt.

He added he holds no ill-will toward the man who ran the red light but hopes he learned his lesson.

Phoenix police arrested the driver of the Jeep. He was identified as Ernesto Otanez Oveso. Oveso is facing a slew of charges, including DUI.