The Carver Museum was once Arizona's only all-Black high school. It is now a museum dedicated to telling the stories of the African-American experience in Arizona. 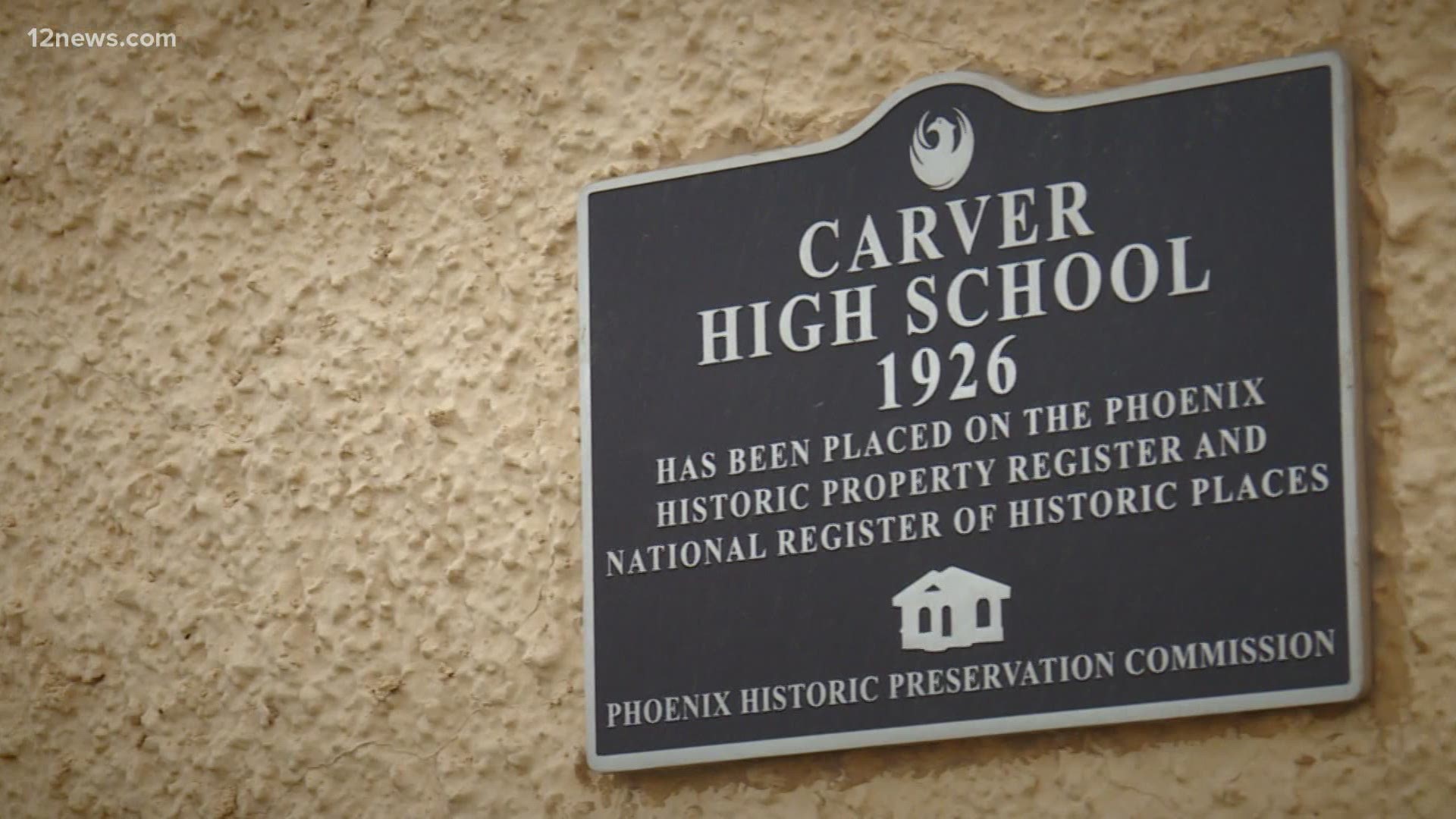 A hidden gem in Phoenix is preserving African-American history and honoring the achievements of Black Arizonans.

The George Washington Carver Museum and Cultural Center was once Arizona's only high school for Black students. It is now a museum dedicated to telling the stories of the African-American experience in Arizona.

Carver Museum Board Vice President Judge Henry Watkins is passionate about keeping those stories alive and the museum doors open.

“This is really the focal point of Black history in Phoenix and even Arizona. Many historic figures graduated from here,” he added.

The museum originally opened in 1926 as the Phoenix Union Colored High School.

Although segregated high schools were not mandated by state law, the school was built as tensions rose following WWI, pushing racial separation in high schools.

MORE: Arizona Black History: A look back at African American contributions to the state

The building was used for office and storage space until a group of alumni bought it in 1996 and converted it into the museum and cultural center.

"We have a George Washington Carver room that depicts the key points in his life. We a have a library that has everything from hard-bound books to Ebony magazines. We have a church display room that has pews and religious arts," Watkins said.

MORE: Where is MLK's dream more than half a century later?

While touring the museum you might uncover a few little-known facts about the lives of many Black Arizona leaders.

Only a portion of the building is currently being used for the museum. But the ultimate goal is to renovate the rest of the building, house more exhibits and restore other parts of the campus, including the former football field.

"People have to realize that the history and the Black students that went here and the Black graduates and the Black community are an integral part of Phoenix and Arizona and have made great contributions,” Watkins said.

The George Washington Carver Museum and Cultural Center is currently closed due to the pandemic, but until it reopens you can check out some of the exhibits virtually online and donate.