Two young women who worked as his caregivers spoke with 12 News. They say they were told 31-year-old Paul Anthony Menchaca required diaper changing and help bathing. 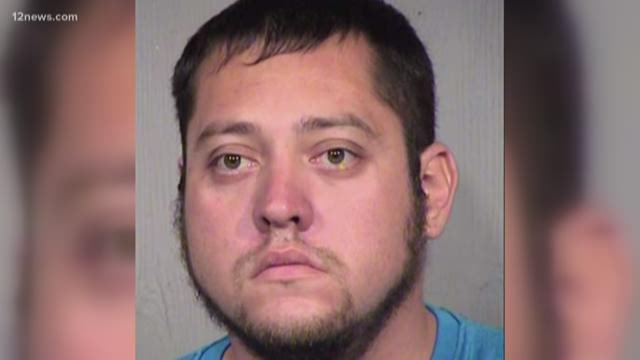 GILBERT, Ariz. — A man is facing with five counts of sexual abuse and three counts of fraud after he pretended to have Down syndrome and requested diaper changes from care workers.

According to court documents, it started in May when a care worker responded to an ad on Carelinx.com and agreed to be paid by a person named Amy to care for her 31-year-old son, Paul Anthony Menchaca.

"Why would he do it?" asked Sara Allen, the first of the three caregivers accusing Menchaca of fraudulent behavior.

Amy said Menchaca had Down syndrome and required diaper changes and bathing. Allen provided care to Menchaca around 30 different times at locations in Gilbert and Chandler.

She bathed and changed Menchaca's diaper multiple times and according to court documents, he had an erection every time he had his diaper changed or he was bathed.

Allen said there were at least five different times when Menchaca aggressively claimed his genitals were not cleaned enough and the care worker had to clean them more thoroughly.

"Every time we would change his diaper he would always have an erection," said Alexandra Douglas, another caregiver victim.

That caregiver remembered changing Menchaca's diaper twice in Chandler and once in Gilbert and remembered he had an erection each time.

A third care worker began caring for Menchaca in August after the first two care workers referred her. She also agreed to be paid by Amy to provide care to Menchaca.

The third care worker remembered changing Menchaca's diaper once in Gilbert and three times Tempe and also said he had an erection every time she changed his diaper.

All three victims only communicated with Menchaca's "mother" through text messages, where care orders were made.

Amy also asked all three victims to "punish" Menchaca when he soiled his diaper by putting him in timeout and taking away his privileges.

The victims were all paid in cash by Menchaca when they picked him up and dropped him off at neutral locations.

On Sept. 2, Allen was suspicious of Menchaca and decided to follow him after she dropped him at a neutral location.

She followed Menchaca to his home and knocked on the front door. That's when she was greeted by Menchaca's actual parents who said Menchaca did not have Down syndrome and did not require diaper changes.

"That's when I freaked out and started crying. I was shocked. I was like what is going on here," said Allen.

All three victims confronted Menchaca and he admitted he lied to them about his mental condition.

"You're having an older man take advantage of you and get pleasure out of you touching their privates," said Douglas.

They all were interviewed and positively identified Menchaca from a photo lineup. They all provided two phone numbers for Amy, who organized the care orders, and both numbers traced back to Menchaca.

Menchaca's real parents were later interviewed by police and confirmed he did not have Down syndrome and did not need assistance he requested.

Menchaca spoke at the hearing saying he does have a low-IQ level and his parents have paperwork to back that up. He also said he is seeking counseling. Heis being held on a $15,000 bond. His accusers tell 12 News they want him in jail.

12 News has learned Menchaca worked part-time for the Chandler Unified School District for two years and resigned less than a week before his arrest. A spokesman said there were no complaints against Menchaca in his file; however, a former employee tells 12 News her students were scared to be left alone with him. She claims she reported his strange behavior to her supervisor.

Chandler school officials notified parents of kids in a class where Menchaca worked as an aide last week.