Neighbors believe the driver was an elderly resident who may have suffered a medical condition while driving down the road. 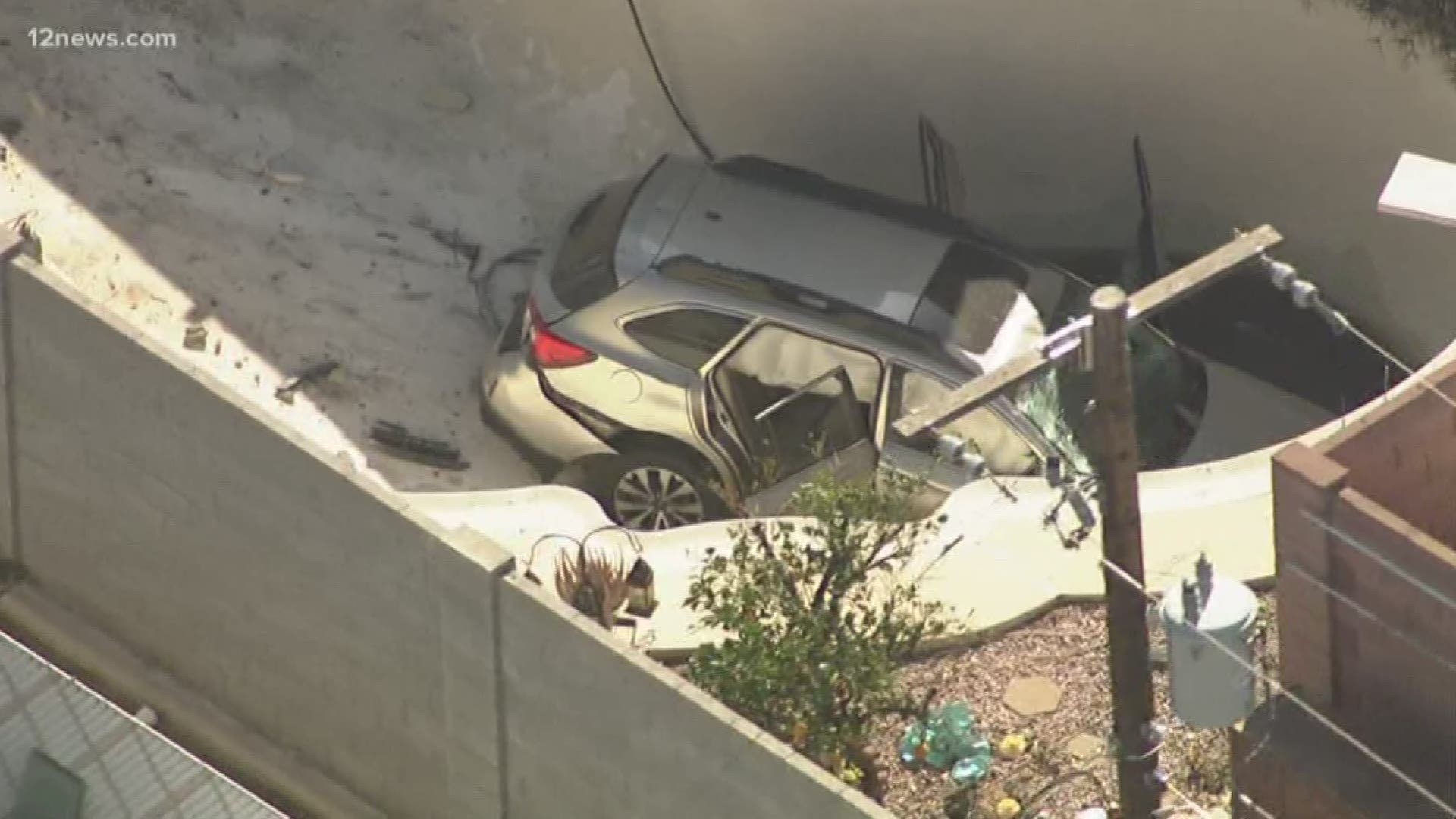 PHOENIX — A car slammed through a fence and landed in the empty pool of a north Phoenix home Thursday morning.

The accident happened around 10 a.m. at a home near 39th and Dunlap Avenues. Lynne Bringhurst was inside the home when he heard a crashing sound and went out to investigate.

He found debris shot across their backyard and a car was crumpled in the pool.

“He missed the big palm tree. I am glad about that.” Bringhurst said. “I’m glad he wasn’t hurt.”

Bringhurst and other neighbors tell 12 News that the driver was able to get out of the car and did not appear to be injured.

Neighbors believe the driver was an elderly resident who may have suffered a medical condition while driving down the road. 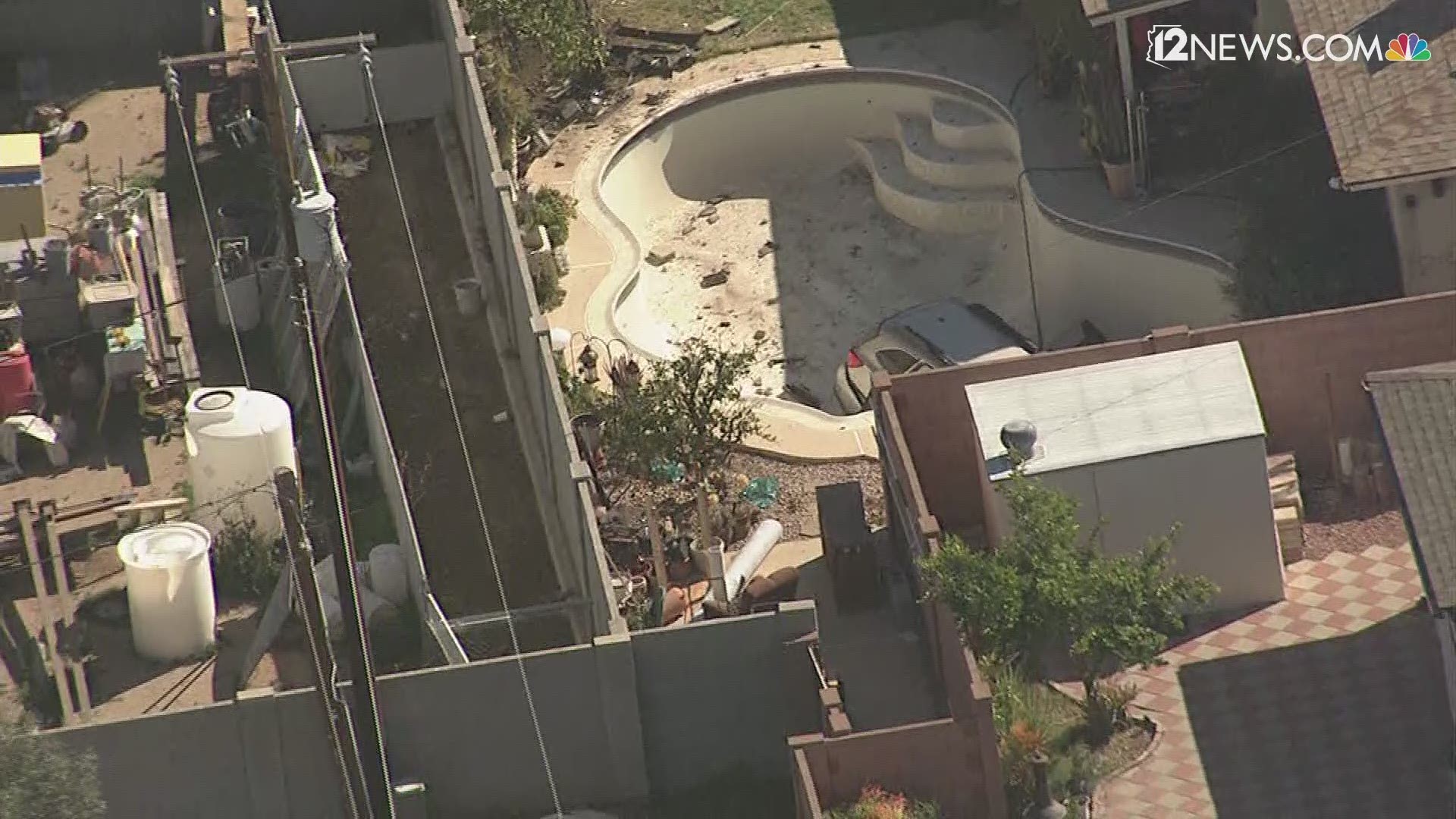 Bringhurst has lived at the home for 25 years, but he said he didn’t recognize the driver.

The neighborhood has had crashes this in the past with drivers driving too fast to navigate the sharp turns in the neighborhood, but neighbors say this is the first time anyone has crashed into someone’s pool.

“I was going to come out and plant some tomatoes and some cucumbers,” Bringhurst said.  “I was just lucky I wasn’t out here yet.”

Police are investigating the situation. In the meantime, Bringhurst and his husband will have their hands full cleaning up the mess.

“Stuff happens. What are you gonna do?” Bringhurst shrugged. “I’m glad nobody was hurt, and like I said, it’s just a wall.”

RELATED:
- Woman arrested for DUI after hitting, killing pedestrian in Scottsdale
- 4 teens, child seriously injured after crash at Phoenix intersection
- No one injured after Phoenix officer shoots at fleeing suspect in Mesa