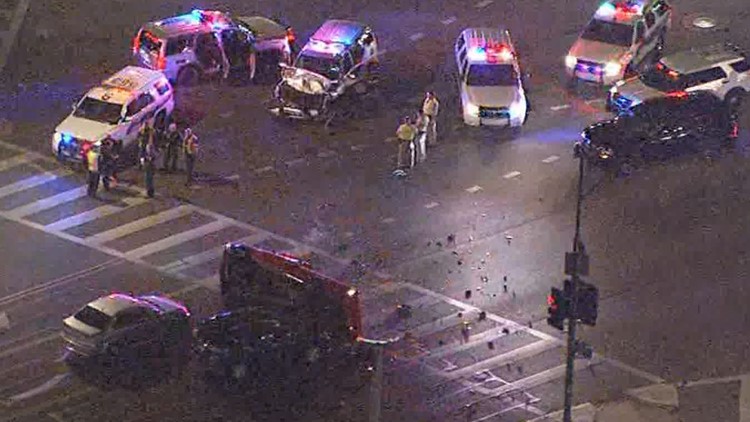 PHOENIX — A DPS trooper and a suspect were taken to the hospital Friday night after a crash near 19th Avenue and McDowell Road in Phoenix.

DPS says the marked trooper vehicle was crossing the intersection of McDowell on 19th Avenue when a car failed to stop at a red light and crashed into the trooper.

Phoenix Police says the car involved had been fleeing from officers after a burglary near Flower Street and Osborn. Phoenix PD officers stopped following the suspect vehicle in the area of Thomas Road and the I-17 access road as the vehicle sped away.

That's when the suspect vehicle continued to drive and eventually ran a red light and hit the marked trooper vehicle.

The DPS trooper detained the driver, who attempted to run from the collision, Phoenix Police say.

The driver, who is still in the hospital, will be booked for weapons violation, felony flight and DUI. The investigation is ongoing.