Burly brewers bare all for charity in 'Beerdoir' calendar

The money raised is going to help a fellow brewer whose wife battled brain cancer and passed away earlier this year. His family needed help paying medical expenses and that’s when his colleagues and friends stepped in to help with the calendar. 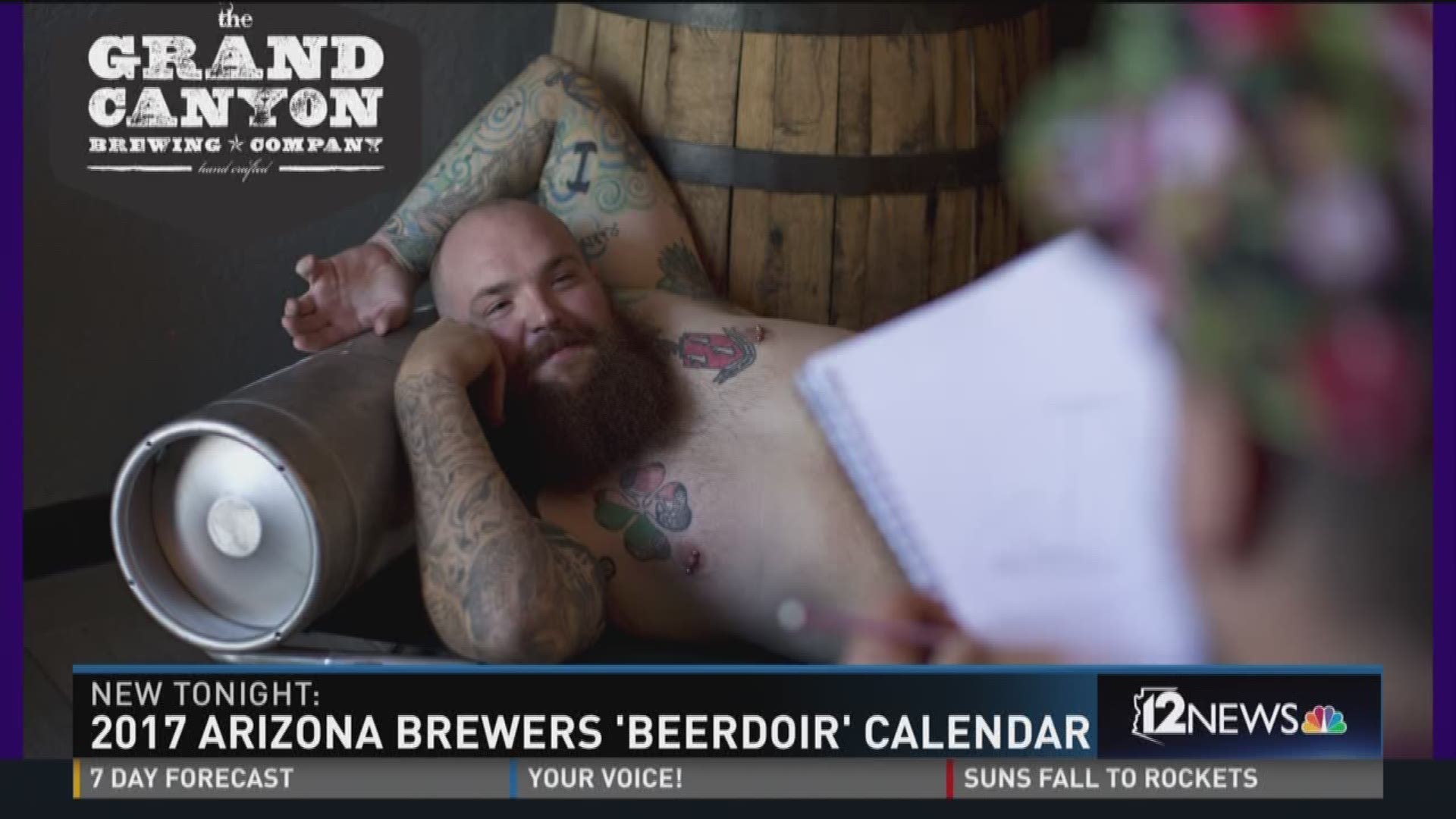 Members of the Arizona brewing community have created a calendar featuring male models who, instead of sporting six-pack abs, are sporting the results of drinking too many six-packs.

The 2017 calendar theme is “Bearded Boudoir,” a playful take on the boudoir photography style, featuring beer lovers posing on bear skins, in beer barrels and on bear skin rugs.

The money raised by sales of the calendar is going to help a fellow brewer, Greg Sorrels, whose wife battled brain cancer and passed away earlier this year. His family needed help paying medical expenses and that’s when his colleagues and friends stepped in to help with the calendar.

“Even though it’s a little risqué, she would have loved it,” said Sorrels.

He said he’s been overwhelmed by the support from the brewing community.

“We all support each other,” he said. “We all lean on each other. We have each other’s backs.”

Sorrels is co-owner of the Beer Research Institute in Mesa. He says his wife was instrumental in helping him fulfill his dream of opening a brewery.

“I couldn’t have done it without her,” Sorrels said.

Alexander Phillips of Grand Canyon Brewing Company and Dan Choiniere of Ballast Point coordinated the photo shoots. They plan on making the calendar a yearly project to help other families in need.

“It’s so amazing to hang out and talk about beer all day and to be able to give back once, much less over and over again,” Phillips said. “It is a great feeling.”