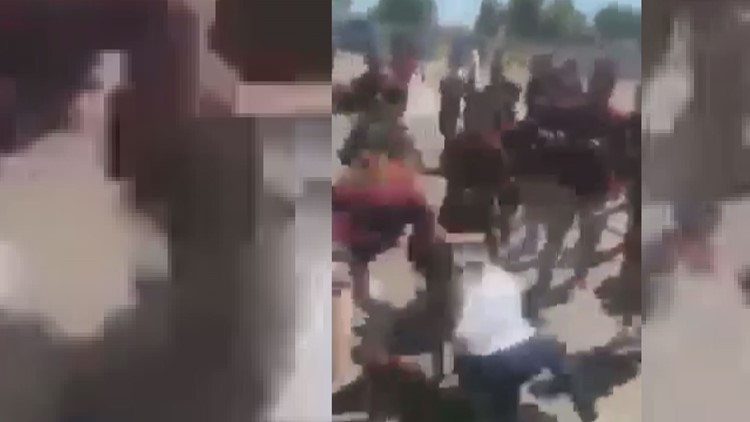 Bully beatdown: Should the school have taken action sooner?

"Kids are killing themselves all the time because of this. They're being bullied," a mother said after her daughter beat up another sixth-grader.
Author: Ryan Cody
Published: 10:43 PM MST August 23, 2019
Updated: 9:27 AM MST August 26, 2019

PHOENIX — A Phoenix mother says she is proud of her daughter after standing up for herself at school. We are choosing not to reveal the girl's name for protection reasons, but her mother Korina doesn't generally condone fighting. For weeks, Korina advised her daughter to handle a bully by telling teachers and administrators.

The situation reached a breaking point when Korina says her daughter called for advice during an argument at lunchtime.

12 News has spoken to the mother of one of the other students involved. 12 News is not naming them to protect their privacy. She said that her daughter was never the aggressor and never threatened to bring a weapon. She also wants the school to do more to intervene.

"Shes's crying and at that time I told her, 'You can't walk away. She's not letting you walk away. It's time for you to fight back.'"

In the chaotic cell phone video, Korina's daughter is heard saying, "Hit me first, then," before a one-sided brawl begins.

In a statement, a spokesman for the Isaac School District says.

"The depicted incident did occur during school hours. Staff responded appropriately following district policies and guidelines.
Unfortunately, it is not uncommon for middle school students to have disagreements: This specific incident did not escalate to a point where it was necessary to contact the police.
School administrators followed established procedures which included contacting the parents of the students involved and appropriate measures will be taken after our investigation is concluded."

RELATED: Valley senior targeted by cyberbullies fights back by speaking up