As Rocker 7 Farm Patch in Buckeye decided how to handle Halloween, it stumbled on to something that inspired many. 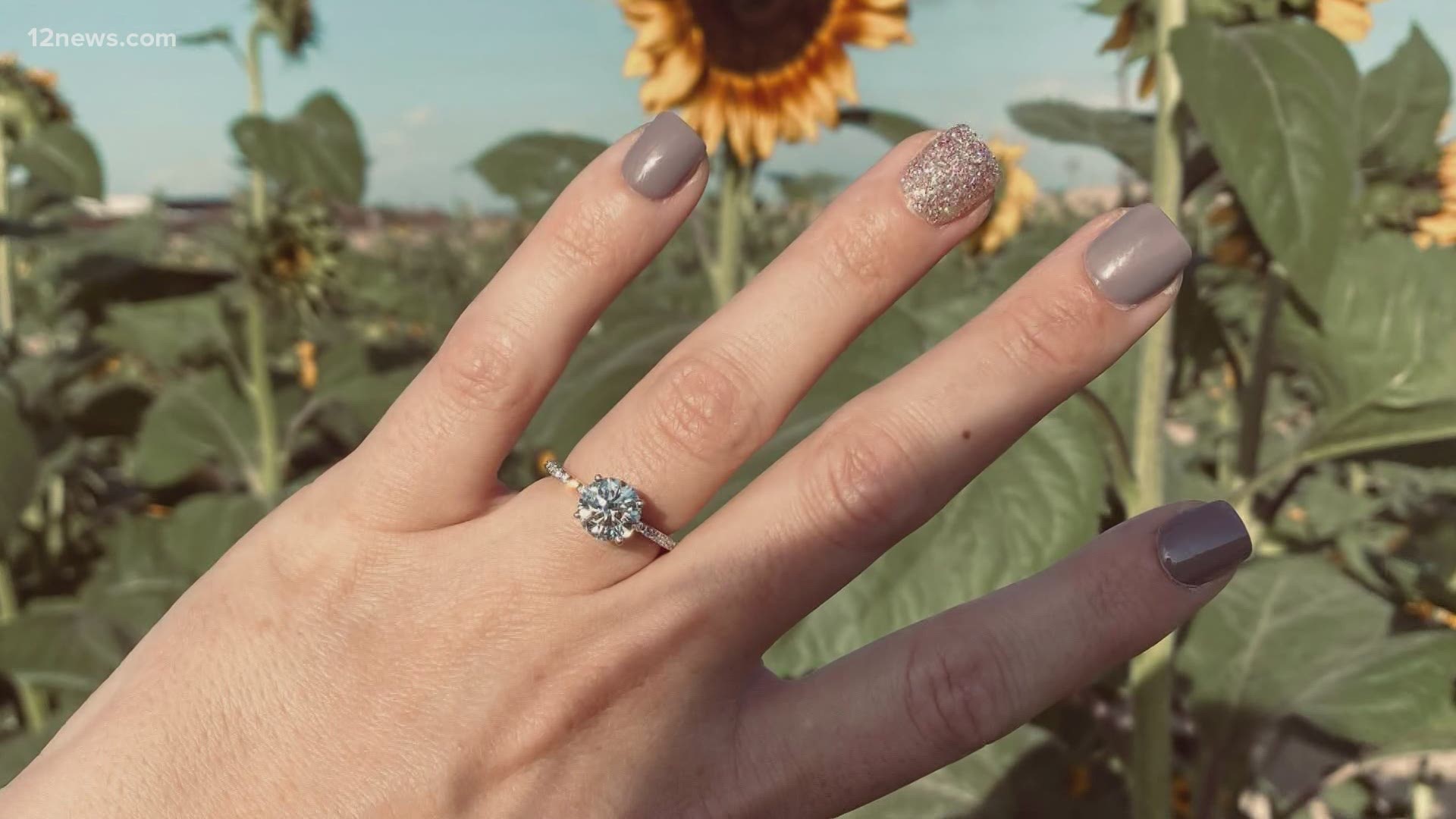 BUCKEYE, Ariz. — A West Valley farm, famous for its pumpkin patches and fall festivals, has had to switch gears this year and the feedback has been tremendous.

COVID-19 has affected pretty much everything this year, including Halloween plans for many.

As Rocker 7 Farm Patch in Buckeye decided how to handle the holiday, it stumbled onto something that inspired many.

“The blooms tend to look very nice for about two weeks, that’s the life you get out of a really nice, vibrant bloom,” explained Katie Leister, owner of Rocker 7 Farm Patch.

When life gave Leister lemons, she made lemonade and turned what would normally be a pumpkin patch and fall festival into a field of sunflowers.

“We decided to take one of our most popular attractions here at the farm, which is our sunflowers, and expand that into four acres, where we planted 75,000 flowers,” Leister said.

Leister didn’t quite know how folks would react to the change. The response has been huge.

“So many people have sent in their beautiful family photos of happy kids running through the fields, doing exactly what kids need to be doing, right?” Leister beamed.

“Smiling families, just thanking us for opening this up and having a beautiful place like this to take those photos and capture those memories.”

But one reaction she didn’t expect has been a welcome surprise.

“We’ve had some proposals here on the farm.”

Four that the farm knows about so far.

Titan Jones and Nicole Robertson have been in each other’s lives since High school. For most of that time, they remained good friends.

“He’s been patient with me,” Robertson said as Jones grinned next to her.

“They had so many different kinds; they had lots of different colors, some were red, some were tall, some were short, so they were super pretty, and it was a really good experience,” Robertson said.

What she didn’t know was coming was a beautiful, heartfelt speech orated by Jones and a ring.

“We were kind of planning on going there anyway,” Jones said of the proposal. “And I’ve had the ring for a little while so, I knew she really liked sunflowers, so I knew it was the perfect time to do it.”

It wasn’t planned that Rocker 7 Farm Patch’s Sunflower field would inspire so much love, but it’s a consequence that Leister is quite happy about.

“Congratulations! Thank you for letting us be a part of that and a part of that day and that special memory!” Leister said to all the couples who proposed in her fields.

Leister was quick to point out that the sunflower fields would make an excellent backdrop to their weddings and hinted a sunflower proposal discount could be negotiated.