The evacuations and road closures have since been lifted. 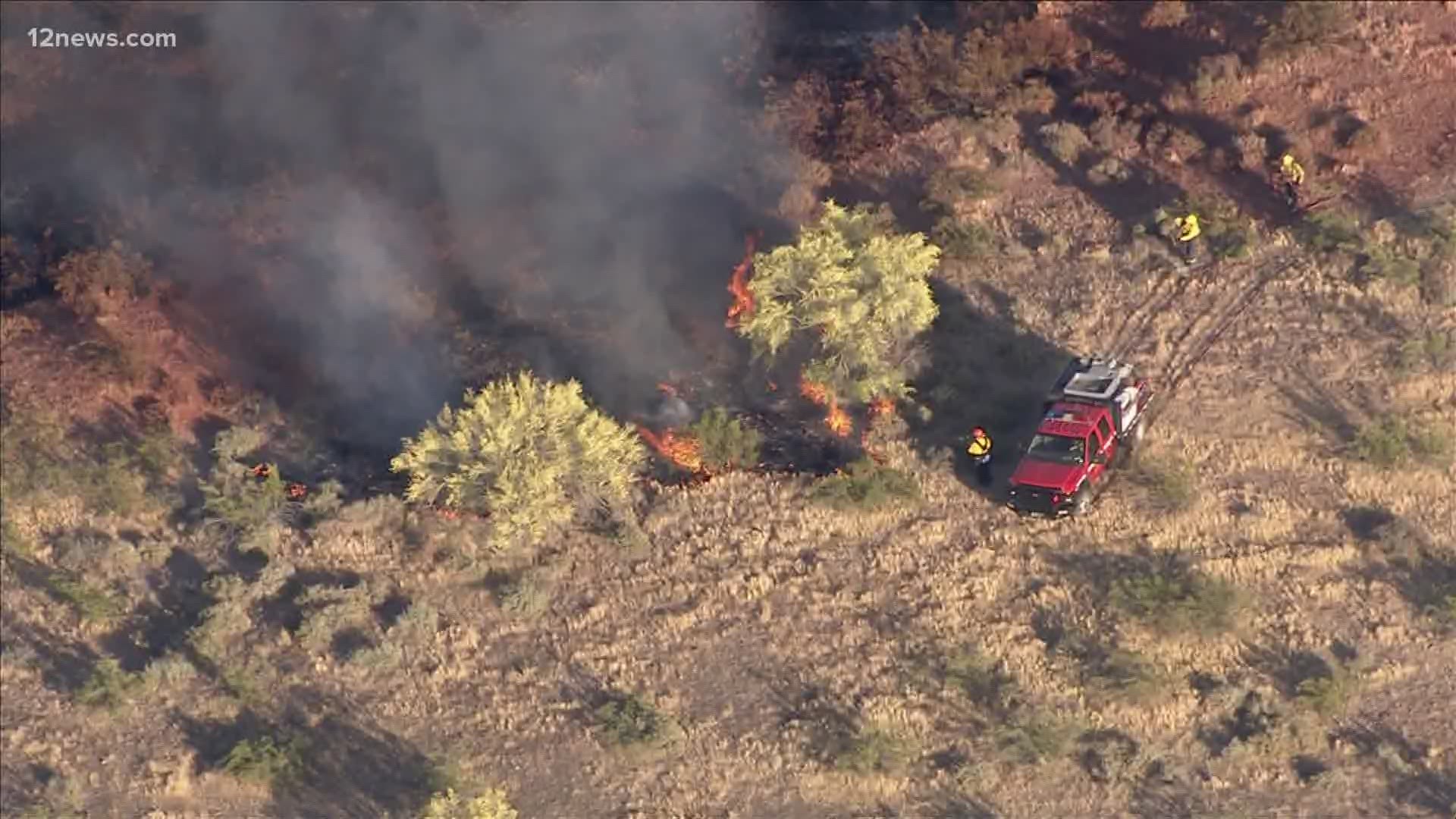 Homes were evacuated and roads are shut down as firefighters tried to put out two brush fires Thursday afternoon.

The first fire that broke out is burning in Apache Junction behind the rodeo grounds near Lost Dutchman Boulevard and Tomahawk Road, just north of State Route 88. This fire was named the Lost Dutchman Fire.

Homes on Hackamore Road near the rodeo grounds were evacuated, police said. The evacuations were lifted around 8 p.m.

The fire was moving northeast through dry brush, but crews stopped its forward progress by the time it had reached 260 acres.

Evacuations remain in place as firefighters and aircraft continue working to put out the fire.

State Route 88 was shut down from Lost Dutchman Boulevard to Hackamore Road. It was reopened around 7 p.m.

The cause of the fire is under investigation, but the Department of Forestry and Fire Management says the fire appears to be human-caused.

Crews are also on the scene of another fire about two miles south of the Lost Dutchman Fire. This second fire is burning just east of Goldfield Road near Southern Avenue. This fire was named the Southern Fire.

The Southern Fire's forward progress was stopped at 50 acres.

This is a developing story. Check back here for updates when we learn more.