The Peakview Fire was determined to be human-caused and is under investigation, officials said. 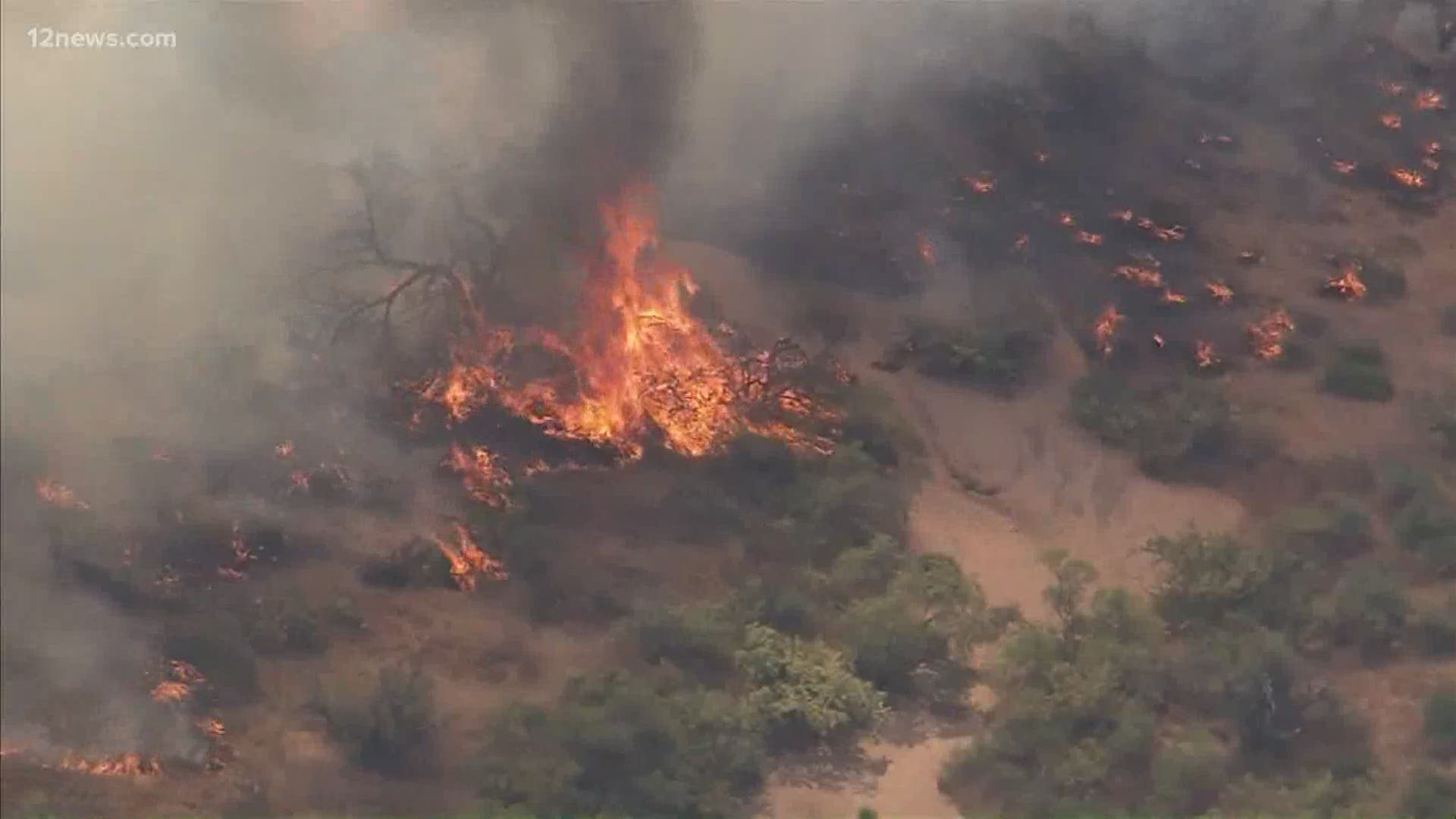 PHOENIX — Editor's note: The above video is from a Tuesday newscast.

A brush fire that broke out in northeast Scottsdale on Tuesday has been fully contained at 35 acres as of Wednesday, according to the Arizona Department of Forestry.

It was determined to be human-caused and is under investigation, officials said.

But it caused some tense moments for people living in the area. The fast-moving flames were pushed by the wind and threatened several homes for a time.

It started around 9:30 a.m. Tuesday Firefighters from Rural Metro, Scottsdale and Phoenix came together to tackle the flames from the brush fire.

Some crews were pulled from the East Desert Fire burning closer to Cave Creek.

Chopper video showed the importance of clearing vegetation away from homes as winds pushed the flames through the drying brush and close to people’s homes.

"We smelled the smoke and we thought it was coming from the fire at Cave Creek, so we never even thought anything and then my daughter came running outside. I was in the garage and she said that there’s smoke coming up from the backyard back here,” said resident Kirk Wallesen as the flames approached his son's house. 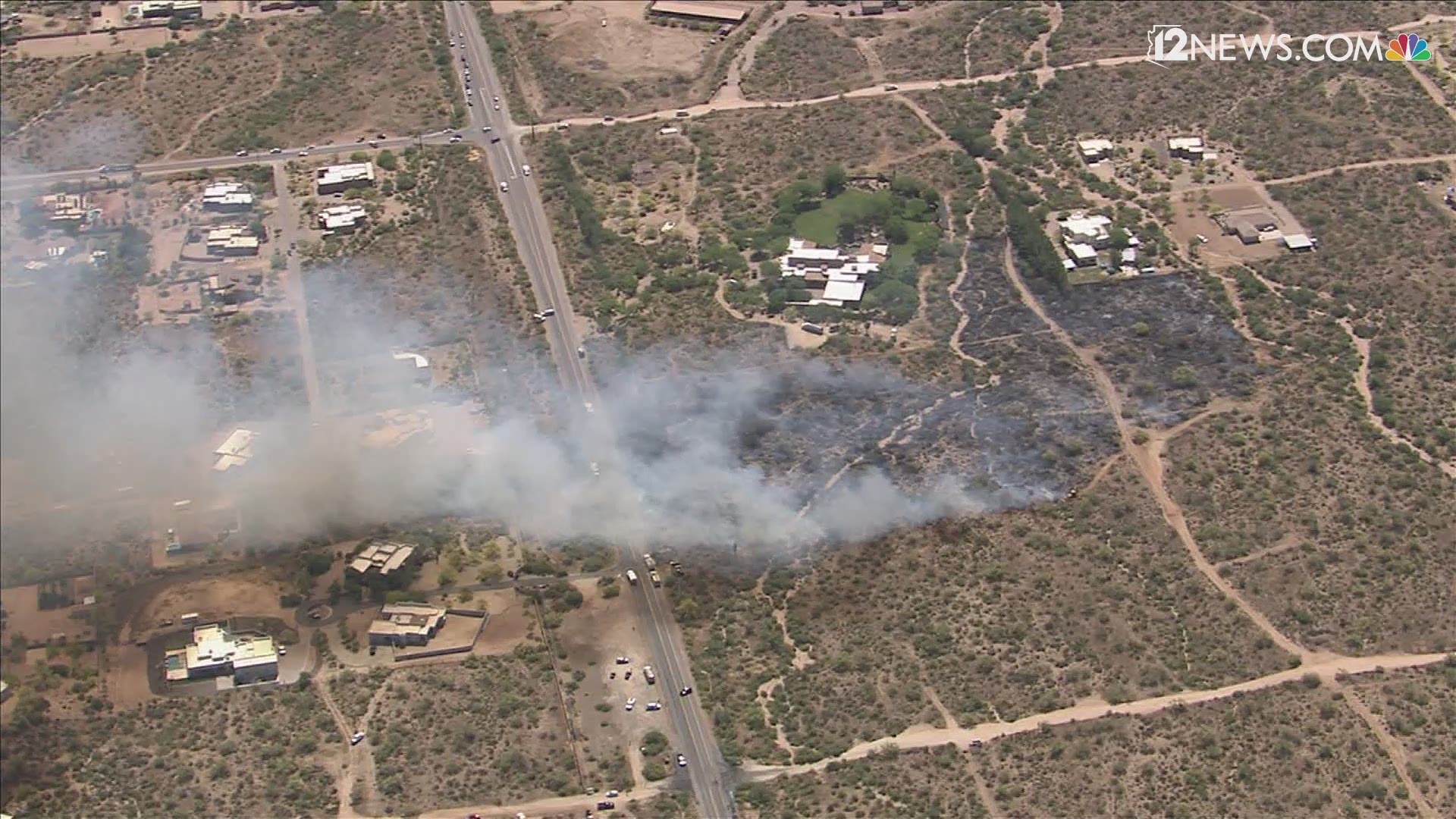 Sky 12 captured a man spraying the flames with a garden hose as they burned next to his fence, and gusty winds were a driving force for the fire.

“Fairly windy day, so it was moving fast,” said Wallesen.

“We saw the flames from across the street and then we got all the hoses out and started spraying and the neighbor actually told us to leave because the flames got to the fence line," said Sara Lewis while holding her 3-month-old son Ronald.

“With the wind blowing the way it was, it drives everything out here. It was a pretty big emergency on our end,” said resident Mike Jones.

Fire officials relied on water tenders from surrounding communities and residents to put out the fire.

“We don’t have fire hydrants so it is a tactical response of how many trucks do we need, how much water and getting those operations going," said Ryan Wich with Rural Metro Fire.